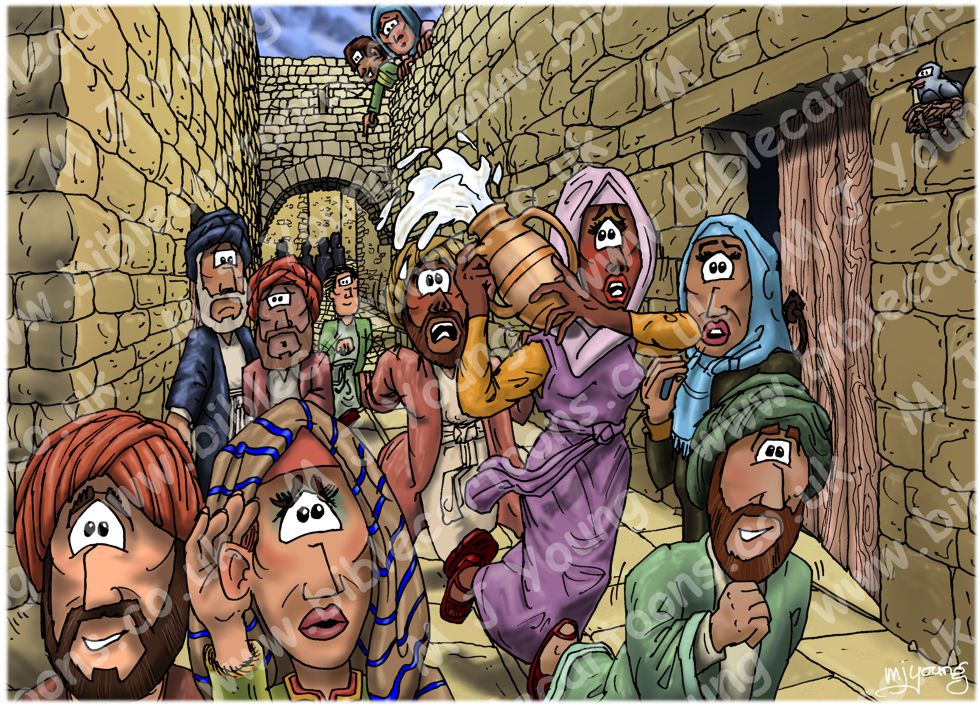 Acts 2:5-6 (NLT)
5 Godly Jews from many nations were living in Jerusalem at that time. 6 When they heard this sound, they came running to see what it was all about, and they were bewildered to hear their own languages being spoken by the believers.

CHARACTERS PRESENT:
A number of Godly Jews (verse 5) running towards the sound of the Apostles & disciples, speaking in various languages on the rooftop (see previous illustration.)

RESEARCH/ADDITIONAL NOTES:
Although this is another fictional scene that I made up from my imagination, I used a reference photo of the walls of Jerusalem for inspiration. I also had to take a number of photo’s of myself, in Biblical costume, to help with some of the more complex figure stances.

Notice the small blue/grey bird sitting on a nest next to the door in the right foreground. 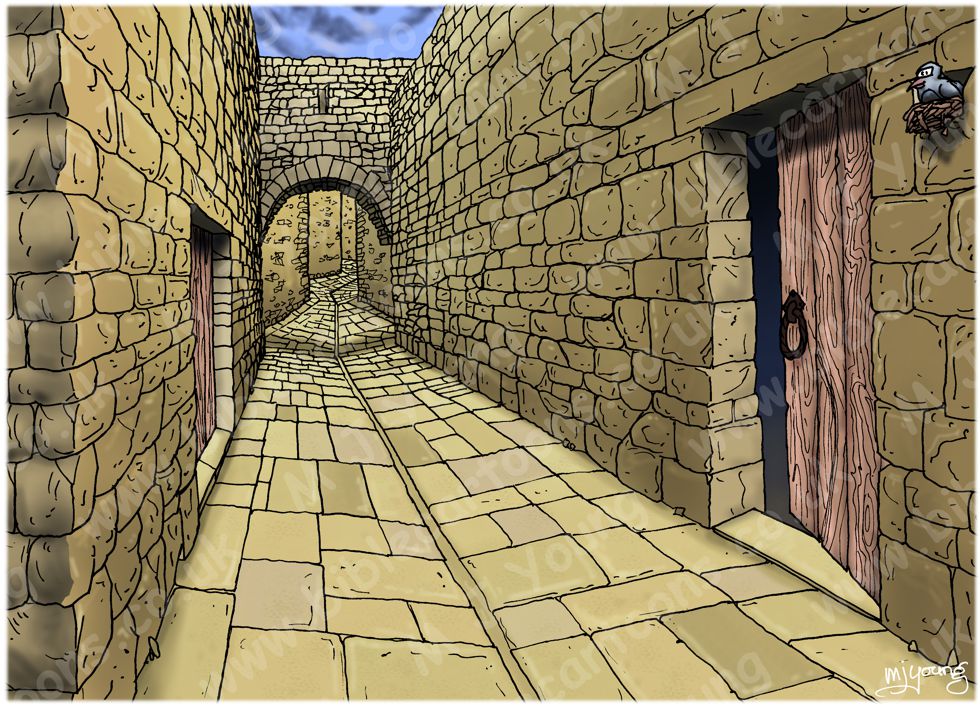