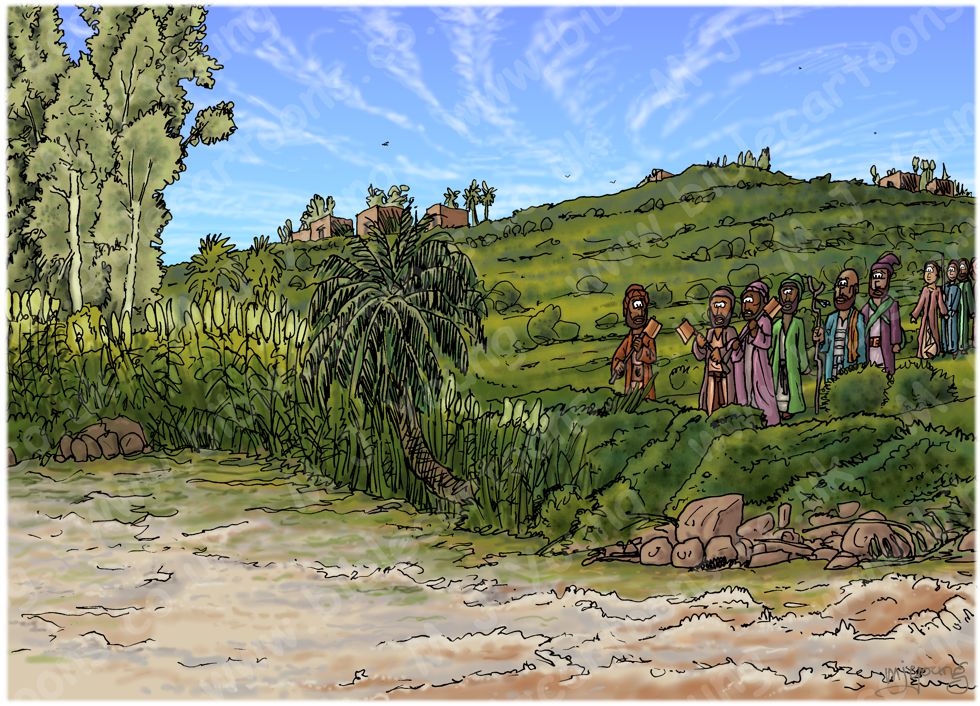 2 Kings 6:4 (ANIV)
4 And he [Elisha] went with them [the company of the prophets]. They went to the Jordan [and began to cut down trees].

TIME OF DAY:
Unspecified in Bible, I have set this scene in the mid afternoon.

LIGHTING NOTES:
The sun is in the west (left hand of scene), casting shadows to the right of figures & objects.

CHARACTERS PRESENT:
A column of men from the company of the prophets is walking towards the river Jordan. The 5th figure from the left is Elisha, followed by Gehazi, & 4 other members of the company.

RESEARCH/ADDITIONAL NOTES:
This scene shows Elisha, his servant Gehazi, & members of the company of the prophets walking towards the Jordan river. They have walked from Jericho, a few miles to the west. Notice that the men are carrying long handled axes.

In the middle of the river bank is a small Phoenix dactylifera (aka date or date palm), which is a flowering plant species in the palm family, Arecaceae, cultivated for its edible sweet fruit. Incidentally, the city of Jericho was known by the name “city of palms”.

Ezekiel 40:3 (NLT)
3 As he brought me nearer, I saw a man whose face shone like bronze standing beside a gateway entrance. He was holding in his hand a measuring tape and a measuring rod [reed].

Ezekiel 42:16 (ANIV)
16 He measured the east side with the measuring rod [reed]; it was five hundred cubits [Hebrew, rods/reeds].

Revelation 11:1 (ANIV)
1 I was given a reed like a measuring rod and was told, “Go and measure the temple of God and the altar, and count the worshippers there. 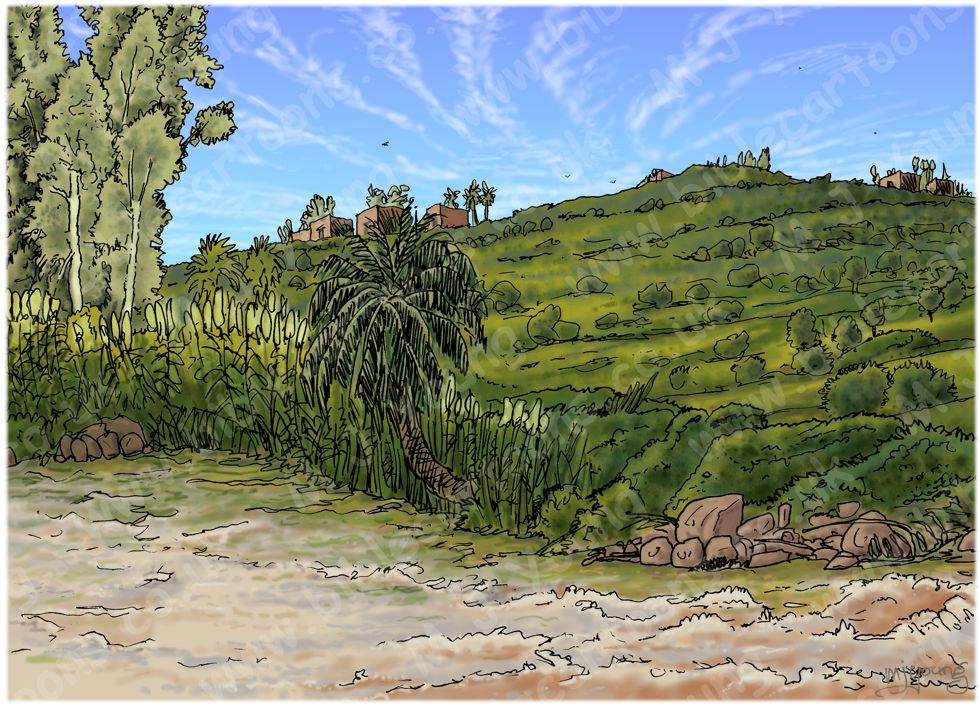 Here is the initial rough pencil sketch for this scene. 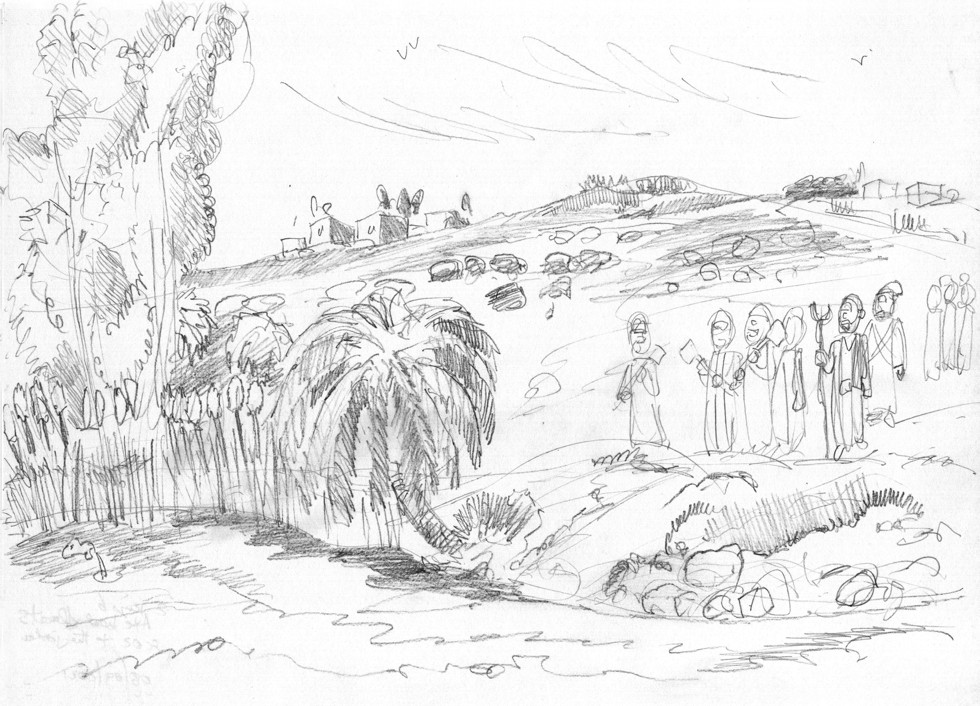