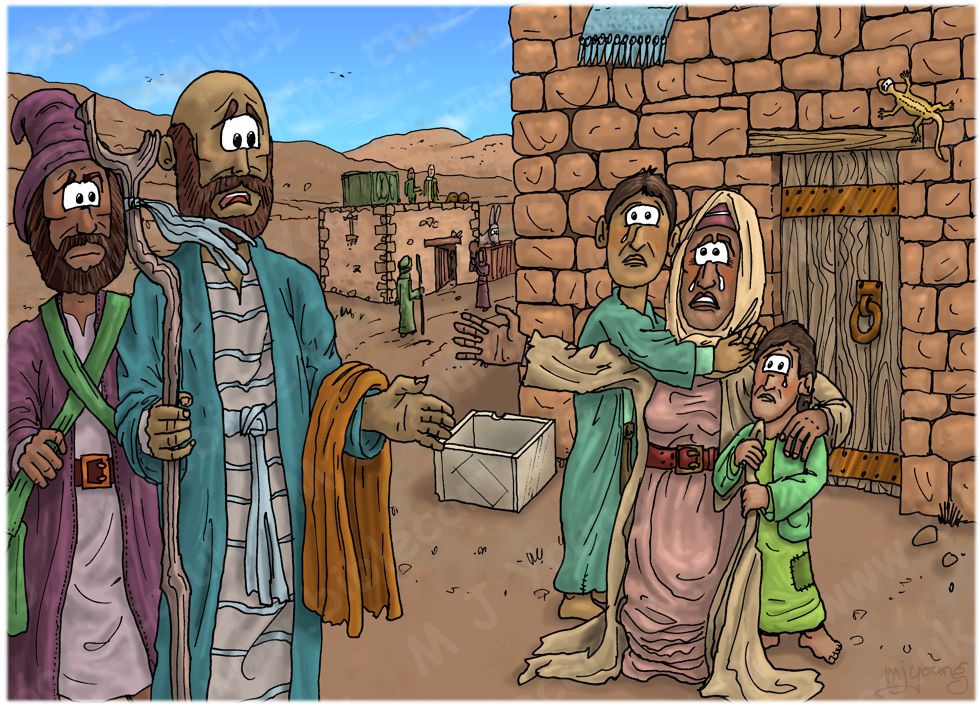 2 Kings 4:1-4 (ANIV)
1 The wife of a man from the company of the prophets cried out to Elisha, “Your servant my husband is dead, and you know that he revered the Lord. But now his creditor is coming to take my two boys as his slaves.”
2 Elisha replied to her, “How can I help you? Tell me, what do you have in your house?”
“Your servant has nothing there at all,” she said, “except a little oil.”
3 Elisha said, “Go round and ask all your neighbours for empty jars. Don’t ask for just a few. 4 Then go inside and shut the door behind you and your sons. Pour oil into all the jars, and as each is filled, put it to one side.”

TIME OF DAY:
The time of day is not specified in the Bible text above, I have set this scene in the mid to late morning.

CHARACTERS PRESENT:
From left to right: Gehazi (Elisha’s servant, in purple outer robe), Elisha (in blue outer robe), the widow’s eldest son, the widow, the widow’s youngest son.
There are some small figures of local town residents, on & near another house, in the background.

RESEARCH/ADDITIONAL NOTES:
This scene shows an un-named widow with her two young sons, outside there house, pleading on her knees for the Prophet Elisha’s help with her debt problem. The location where this incident took place is not stated in the Bible narrative, but it is likely that the widow lived in one of the cities where the schools of the prophets were situated, which might have included Bethel, Gilgal, or Jericho. I have set this scene in Gilgal, 8 miles (12.8 km) north of Jericho, on the Jordan river valley.

Since the prophet had a wife & children, it is certain that the company of the prophets were not celibates living in monastic settlements (monks or nuns), but people living in the local community.

The widow is kneeling down in respect for the prophet Elisha, as she makes her plea for his help. The widow’s two young sons are with her. The older of the two has his arms around her neck, whilst the younger one clings tightly to her outer robe! This widow turned to Elisha for help, appealed to him on the basis that her husband had been faithful to the Lord (see verse 1). The taking of boys as slaves in payment for debts was not uncommon in the ancient Near East, though the practice is certainly shocking to us today.

Elisha’s expression is one of concern for the widow’s plight. His servant Gehazi has an expression of “oh no, here we go again” or vague annoyance at his master being accosted by this widow! I base that assumption regarding Gehazi’s expression (& inner corruption/hardening of heart towards those less fortunate than himself) on the following chapter, 2 Kings. In that chapter Gehazi “goes behind Elisha’s back” & takes rewards from Naaman (the commander of the army of the king of Aram). In so doing, Gehazi takes on the leprosy that Naaman had just been cured of by following Elisha’s advice. The implication of that story is clear: Gehazi was covetous & his motives were selfish, which accounts for his high-handed expression towards the widow’s plight in chapter 4.

Here is the pencil sketch I drew for this scene. 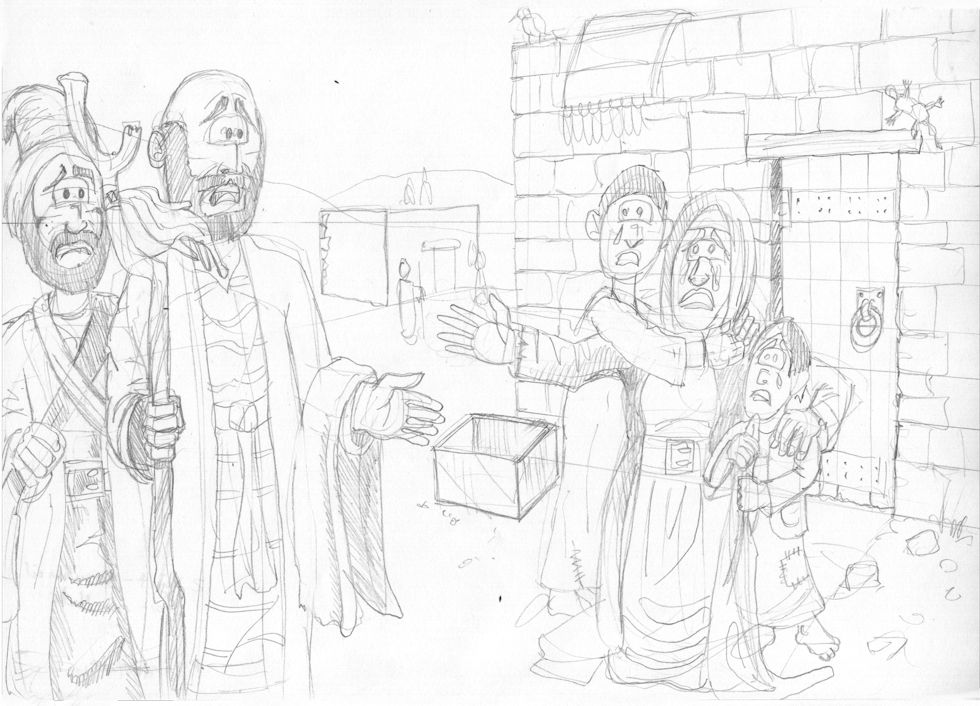 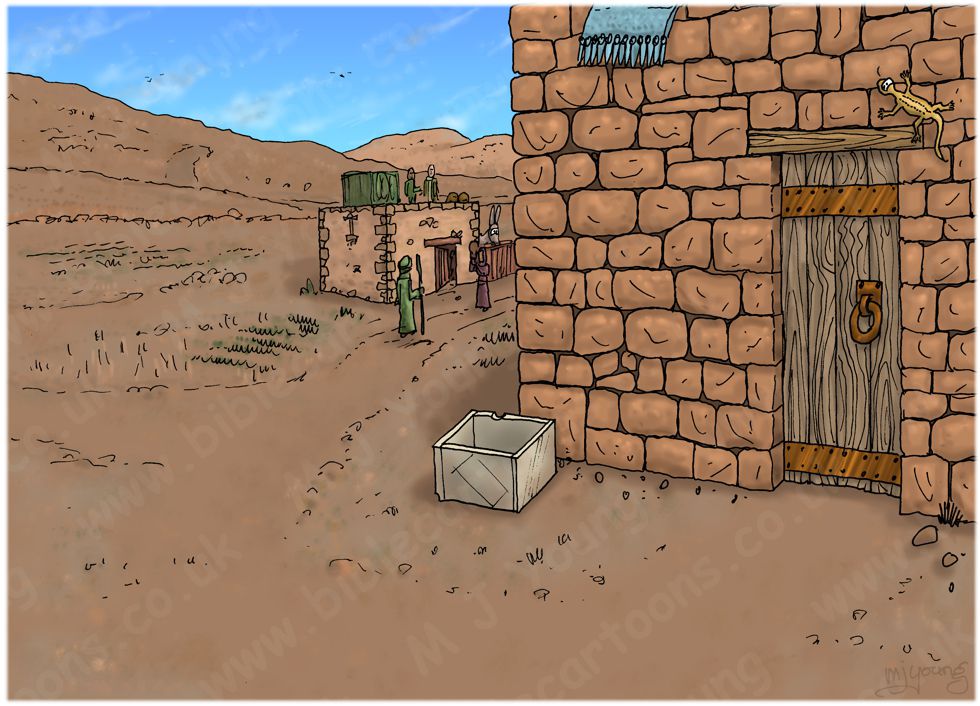