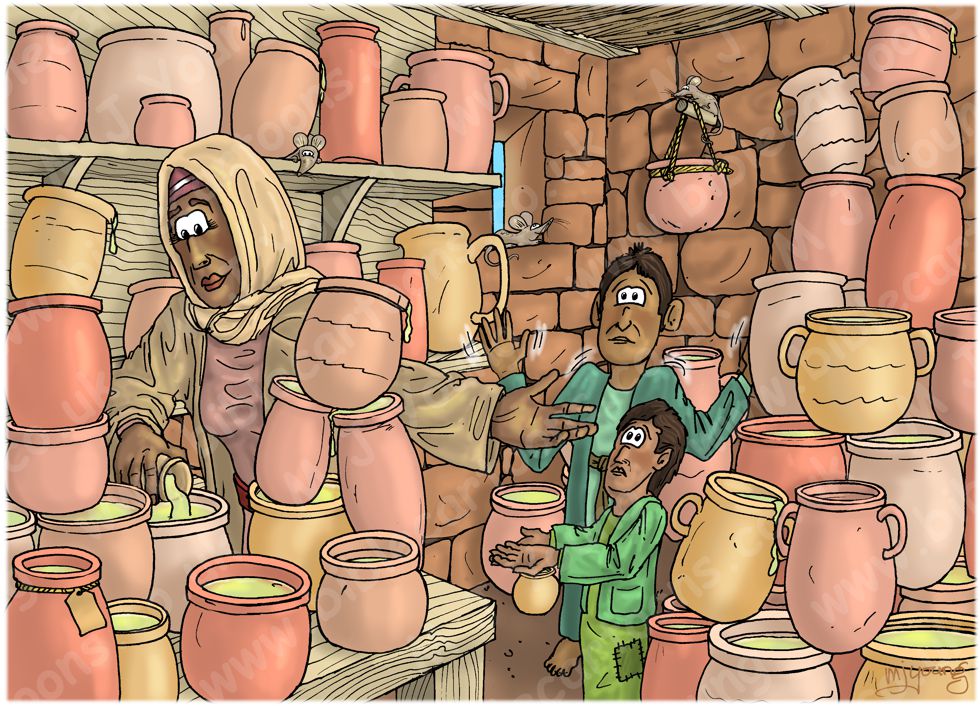 2 Kings 4:5-6 (ANIV)
5 She [The wife of a man from the company of the prophets] left him [Elisha] and afterwards shut the door behind her and her sons. They brought the jars to her and she kept pouring. 6 When all the jars were full, she said to her son, “Bring me another one.” But he replied, “There is not a jar left.” Then the oil stopped flowing.

TIME OF DAY:
The time of day is not specified in the Bible text above, I have set this scene in the mid to late morning, immediately after the previous scene.

LIGHTING NOTES:
Defused sunlight illuminates this scene, with subtle shadows cast to the left of the figures & objects in the picture.

CHARACTERS PRESENT:
The un-named widow is pouring oil from her little jar, into many, many pottery jars.
The widow’s two young sons are standing behind her.
3 small grey mice!

RESEARCH/ADDITIONAL NOTES:
There are two versions of this scene:
01) (This page) 2 Kings 04 – The Widow’s Oil – Scene 02 – Oil flowing (Version 01). This scene has defused sunlight, which creates a softer, generalized lighting effect.

02) (Next page) 2 Kings 04 – The Widow’s Oil – Scene 02 – Oil flowing (Version 02). In this version I have made the sunlight much brighter. A shaft of sunlight is illuminating the jars & figures directly, coming from the right hand side of the picture.

This scene shows the widow in her house, pouring olive oil out of her small jar, into lots & lots of much larger jars, which she & her two young sons have borrowed from her neighbours. She did exactly what the prophet Elisha told her, namely “Don’t ask for just a few [jars]”, she has borrowed lots! The widow’s boys have stacked up all the borrowed jars, & all are full to overflowing. This was an amazing miracle of multiplication, and is a real testament to the widow’s faith in the Lord’s ability (through Elisha) to help in her hour of need. 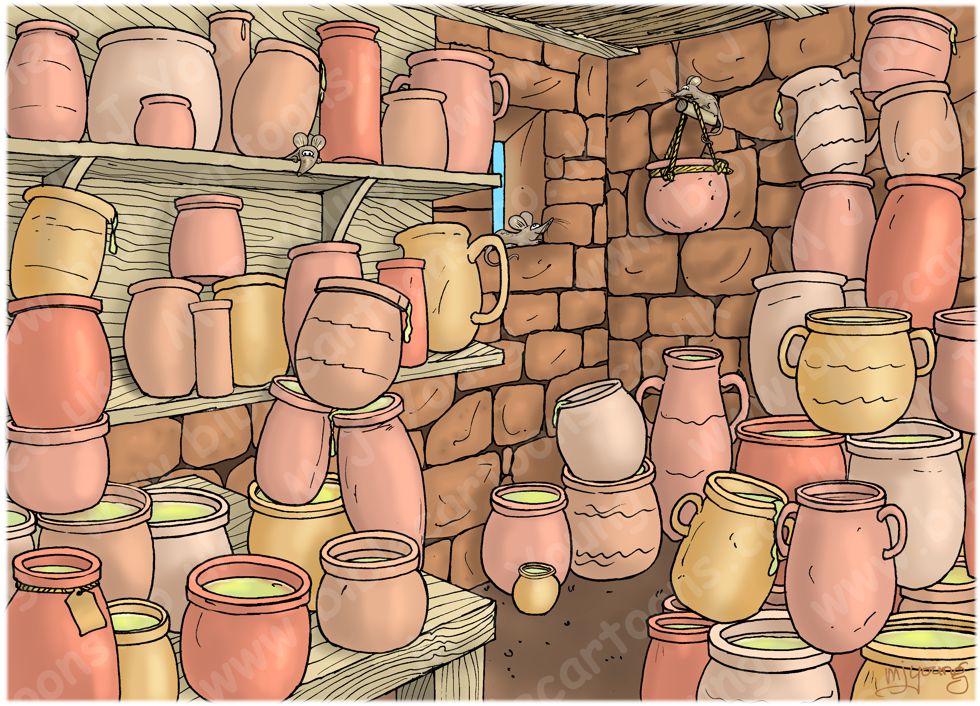