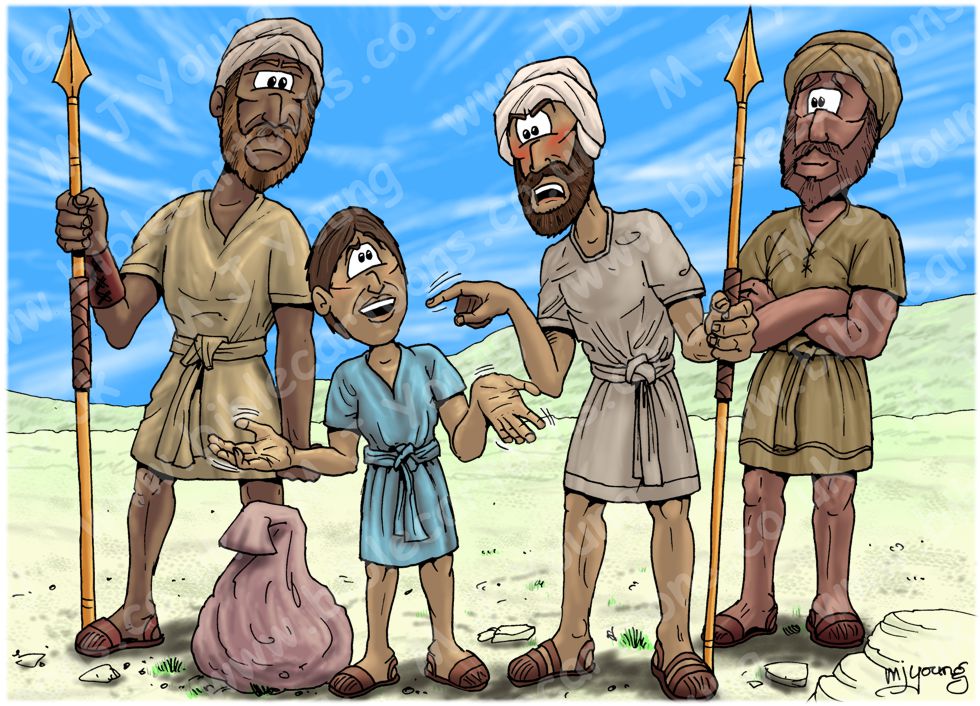 1 Samuel 17:28-30 (NLT)
28 But when David’s oldest brother, Eliab, heard David talking to the men, he was angry. “What are you doing around here anyway?” he demanded. “What about those few sheep you’re supposed to be taking care of? I know about your pride and dishonesty. You just want to see the battle!”

29 “What have I done now?” David replied. “I was only asking a question!” 30 He walked over to some others and asked them the same thing and received the same answer.

CHARACTERS PRESENT:
David, standing looking up at his older brothers. Eliab is pointing at David, accusing him of only being present to see the battle.

RESEARCH/ADDITIONAL NOTES:
This scene is based on previous drawings & incorporates the colouring established in them.