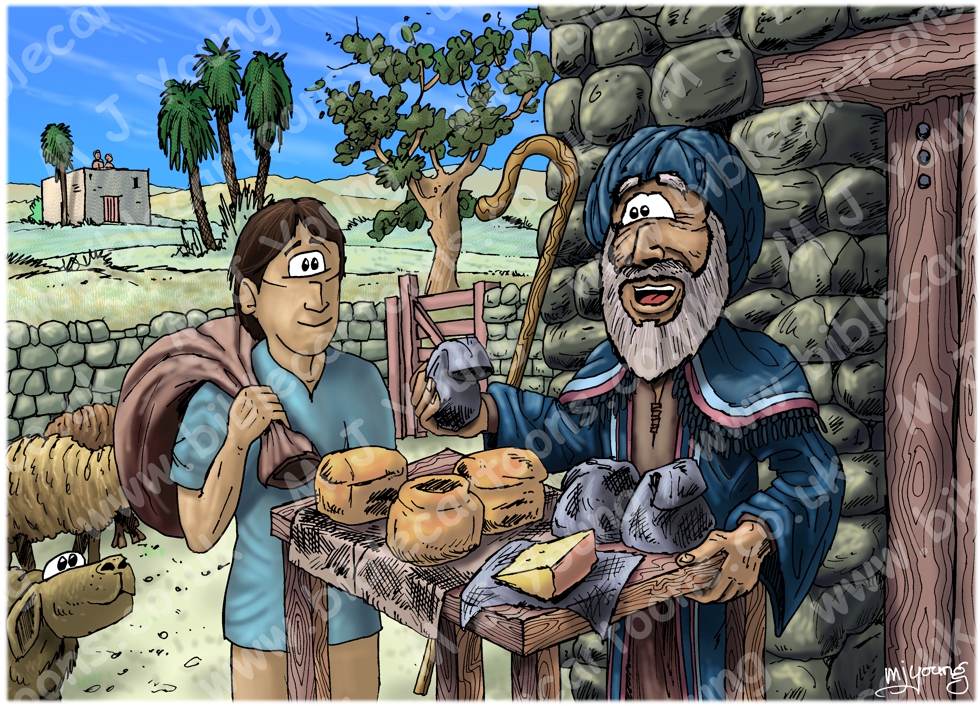 1 Samuel 17:12-19 (NLT)
Jesse sends David to Saul’s camp
12 Now David was the son of a man named Jesse, an Ephrathite from Bethlehem in the land of Judah. Jesse was an old man at that time, and he had eight sons. 13 Jesse’s three oldest sons—Eliab, Abinadab, and Shimea [1] —had already joined Saul’s army to fight the Philistines. 14 David was the youngest son. David’s three oldest brothers stayed with Saul’s army, 15 but David went back and forth so he could help his father with the sheep in Bethlehem.
16 For forty days, every morning and evening, the Philistine champion strutted in front of the Israelite army.
17 One day Jesse said to David, “Take this basket [2] of roasted grain and these ten loaves of bread, and carry them quickly to your brothers. 18 And give these ten cuts of cheese to their captain. See how your brothers are getting along, and bring back a report on how they are doing.” [3] 19 David’s brothers were with Saul and the Israelite army at the valley of Elah, fighting against the Philistines.

[3]
Hebrew, and take their pledge.

LIGHTING NOTES:
Sunlight illuminates this scene from above & to the left.

CHARACTERS PRESENT:
Jesse (David’s father) is standing behind the table. David has a sack cloth bag over his shoulder.
Sheep in the farm yard.
There are two people on the house rooftop in the middle distance.

RESEARCH/ADDITIONAL NOTES:
This scene is entirely made up from my imagination. Having drawn David in previous scenes I have simply drawn his clothing & applied the colouring & styling already established.
Jesse is a new character not previously drawn – I enjoyed drawing his wrinkles (as he is described in the text as an old man) & his clothing.