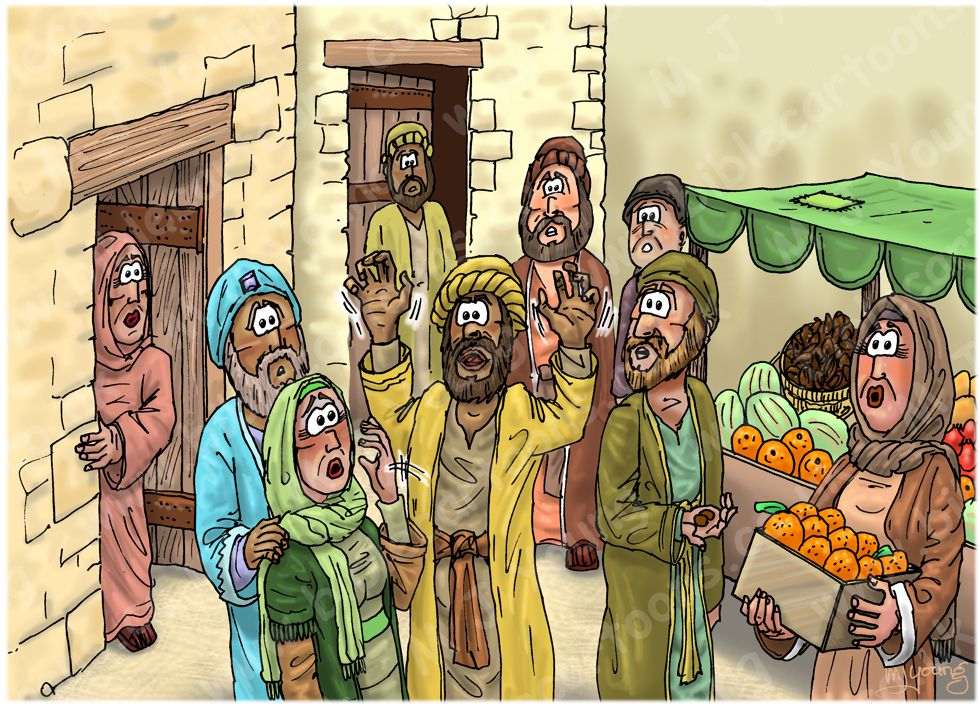 1 Kings 13:25 (NLT)
People who passed by saw the body lying in the road and the lion standing beside it, and they went and reported it in Bethel, where the old prophet lived.

TIME OF DAY:
The exact time of day is not specified in the Bible narrative above. I have set this scene at mid afternoon.

LIGHTING NOTES:
The sun is high in the sky, casting shadows below figures and objects.

RESEARCH/ADDITIONAL NOTES:
This scene represents the people whop passed by the lion, donkey & dead body of the un-named man of God from Judah, on a near by road (see previous scenes). The central figure of a man dressed in a yellow outer robe is gesturing to his listeners, his raised arms suggesting the lion he has just seen on the road. His listeners are looking worried, not about the man, but about the lion!

The lady on the right, with a box of oranges in her hands is the fruit & vegetable stall holder. You can see her canopy-covered stall behind her, where a man is just about to buy some fruit (notice his coins in hand).