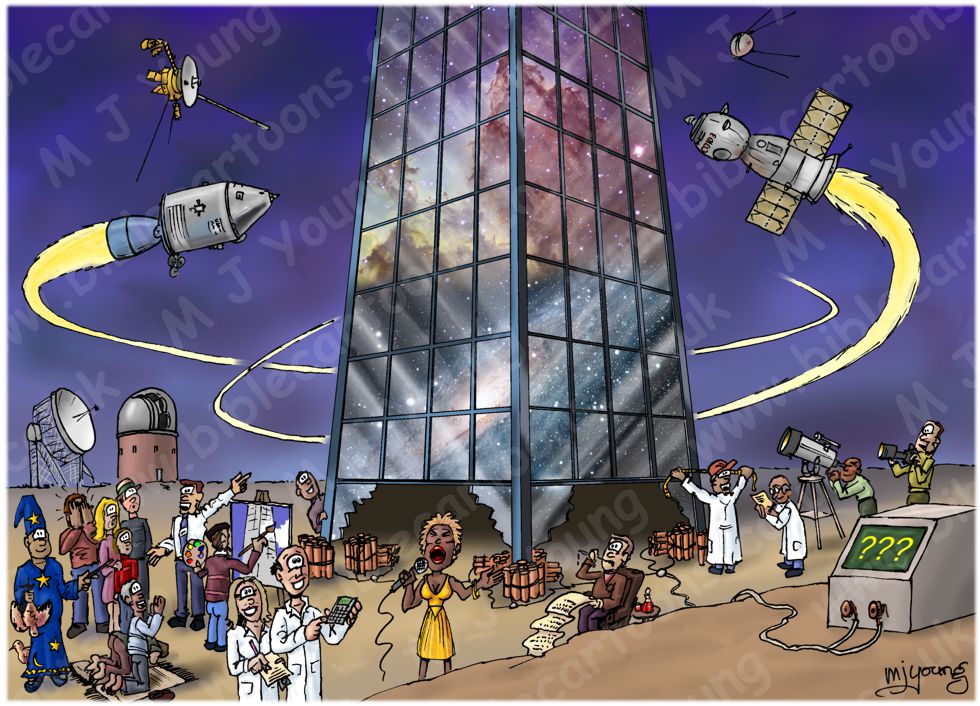 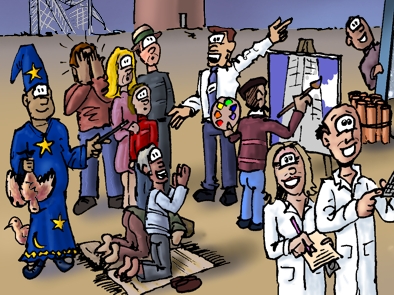 Meta4 Picture: Cosmos as building metaphor – Close-up of left hand group
The figures on the left hand side of the picture include a magician, people praying, people eager to see, & hiding from the scene! An artist is painting the building, someone is talking to a crowd about it. 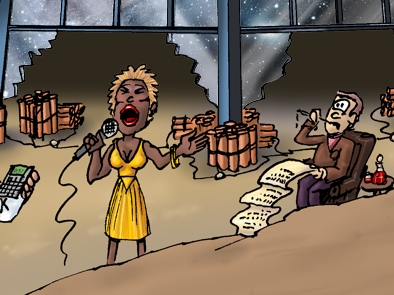 Meta4 Picture: Cosmos as building metaphor – Close-up of singer & poet
I was thinking of Tina Turner when I drew the singer! 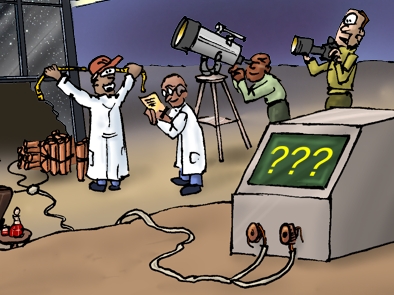 Meta4 Picture: Cosmos as building metaphor – Close-up of right hand group
The group of people on the right hand side of the picture include scientists, engineers, a photographer & astronomer.

This picture shows the whole universe (cosmos) represented as a sky scrapper building, in the middle of the picture. Through the glass you can see the Andromeda galaxy & the heart nebula: representatives of galaxies, nebulae & star clusters – all that makes up our universe. The whole, vast cosmos is represented by that cental building, with people around it, looking at it. The purpose of the illustration is to question some of our human reactions to the universe.

I have written extensively about this scene in the BC Blog.
Follow this link to read more about this picture & to see close-ups of the various parts:
Cosmos as building metaphor: the end is near?


Sermon/teaching theme suggestions: This picture could be used to talk about the end of the world, human understanding, science, observation & the Christian response to such matters.