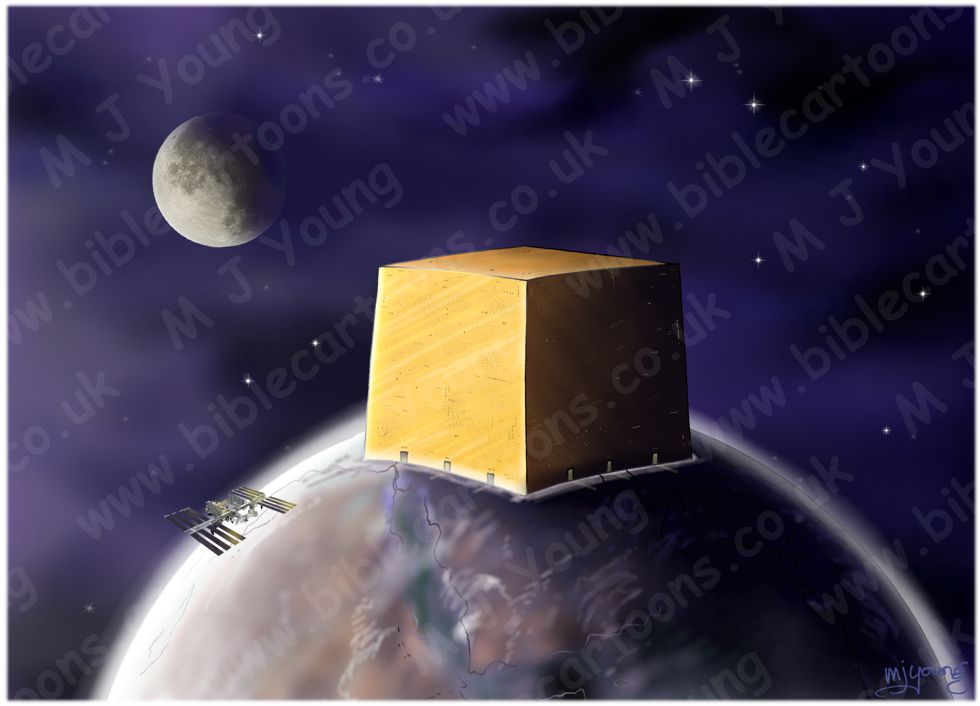 Revelation 21:1-27 (NLT)
The New Jerusalem
1 Then I [John] saw a new heaven and a new earth, for the old heaven and the old earth had disappeared. And the sea was also gone. 2 And I saw the holy city, the new Jerusalem, coming down from God out of heaven like a bride beautifully dressed for her husband.
3 I heard a loud shout from the throne, saying, “Look, God’s home is now among his people! He will live with them, and they will be his people. God himself will be with them. [1] 4 He will wipe every tear from their eyes, and there will be no more death or sorrow or crying or pain. All these things are gone forever.”
5 And the one sitting on the throne said, “Look, I am making everything new!” And then he said to me, “Write this down, for what I tell you is trustworthy and true.” 6 And he also said, “It is finished! I am the Alpha and the Omega—the Beginning and the End. To all who are thirsty I will give freely from the springs of the water of life. 7 All who are victorious will inherit all these blessings, and I will be their God, and they will be my children.
8 “But cowards, unbelievers, the corrupt, murderers, the immoral, those who practice witchcraft, idol worshippers, and all liars—their fate is in the fiery lake of burning sulfur. This is the second death.”
9 Then one of the seven angels who held the seven bowls containing the seven last plagues came and said to me, “Come with me! I will show you the bride, the wife of the Lamb.”
10 So he took me in the Spirit [2] to a great, high mountain, and he showed me the holy city, Jerusalem, descending out of heaven from God. 11 It shone with the glory of God and sparkled like a precious stone—like jasper as clear as crystal. 12 The city wall was broad and high, with twelve gates guarded by twelve angels. And the names of the twelve tribes of Israel were written on the gates. 13 There were three gates on each side—east, north, south, and west. 14 The wall of the city had twelve foundation stones, and on them were written the names of the twelve apostles of the Lamb.
15 The angel who talked to me held in his hand a gold measuring stick to measure the city, its gates, and its wall. 16 When he measured it, he found it was a square, as wide as it was long. In fact, its length and width and height were each 1,400 miles. [3] 17 Then he measured the walls and found them to be 216 feet thick [4] (according to the human standard used by the angel).
18 The wall was made of jasper, and the city was pure gold, as clear as glass. 19 The wall of the city was built on foundation stones inlaid with twelve precious stones: [5] the first was jasper, the second sapphire, the third agate, the fourth emerald, 20 the fifth onyx, the sixth carnelian, the seventh chrysolite, the eighth beryl, the ninth topaz, the tenth chrysoprase, the eleventh jacinth, the twelfth amethyst.
21 The twelve gates were made of pearls—each gate from a single pearl! And the main street was pure gold, as clear as glass.
22 I saw no temple in the city, for the Lord God Almighty and the Lamb are its temple. 23 And the city has no need of sun or moon, for the glory of God illuminates the city, and the Lamb is its light. 24 The nations will walk in its light, and the kings of the world will enter the city in all their glory. 25 Its gates will never be closed at the end of day because there is no night there. 26 And all the nations will bring their glory and honor into the city. 27 Nothing evil [6] will be allowed to enter, nor anyone who practices shameful idolatry and dishonesty—but only those whose names are written in the Lamb’s Book of Life.

[1]
Some manuscripts read, God Himself will be with them, there God.

[5]
The identification of some of these gemstones is uncertain.

TIME OF DAY:
That depends on which part of the earth you are standing!

LIGHTING NOTES:
The main light source for this scene is the sun (off to the left) but the bible states in verse 23 that the Lord Himself is the source of the light in the New Jerusalem city.

RESEARCH/ADDITIONAL NOTES:
I used a Google earth image, above the Indian Ocean to help me with this drawing. The scripture states that the city is 1,400 miles along each edge, which is almost the distance from the city of London to Marrakesh, Morocco (1430 miles, or 2,303 km) or from London to the nearest coast of the Caspian Sea!

The cubic city is sitting on Israel, & some of Saudi Arabia. The edges on the left stretch out into the Mediterranean Sea, whilst the right edge is somewhere over the Caspian Sea!

The scripture states that the new Jerusalem city will be made of pure gold – hence the colouring I have chosen.

In my cartoon illustration you can see an International Space Station (ISS), crossing the earth’s disc at the bottom left of the picture. The current ISS orbits earth between 173 (278 km) & 286 miles (425 km) above the surface of the earth. That is less than a third of the height of the cubic new Jerusalem city! Imagine being aboard the ISS when the New Jerusalem city appears on earth! I’m not predicting that the new Jerusalem will appear during the current ISS’s life time, hence I wrote “an ISS” not “the (current) ISS”! The bible clearly states that no-one (except God the Father) knows when He will return to earth.

Here’s a close-up of the golden city. 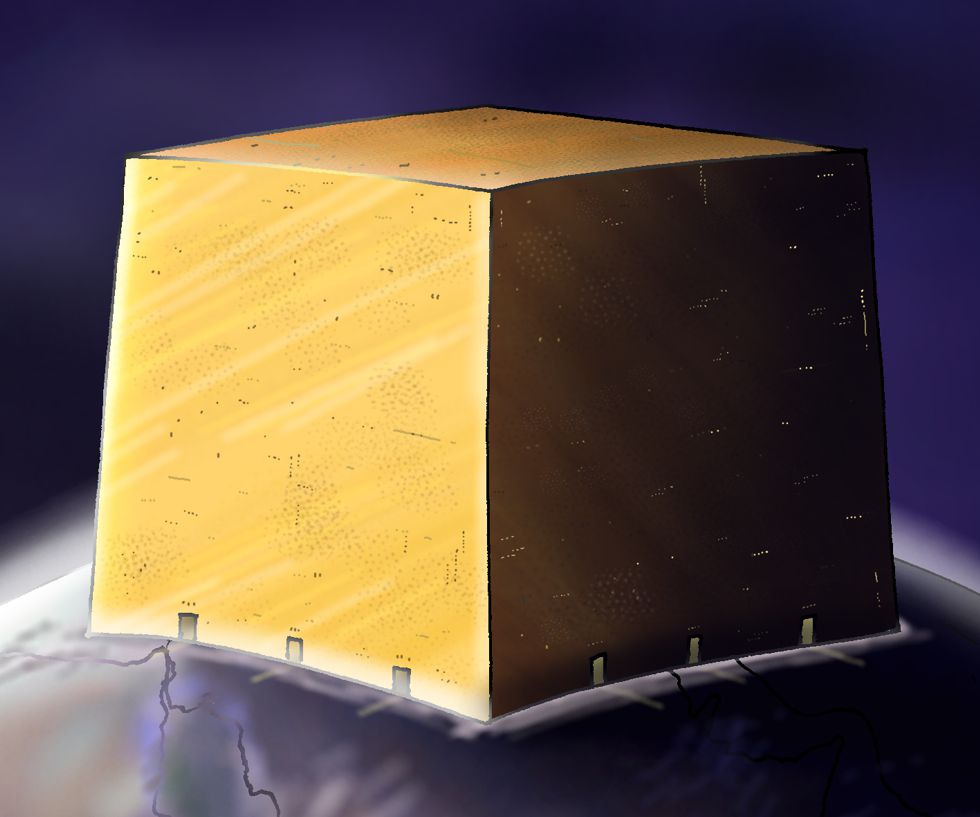