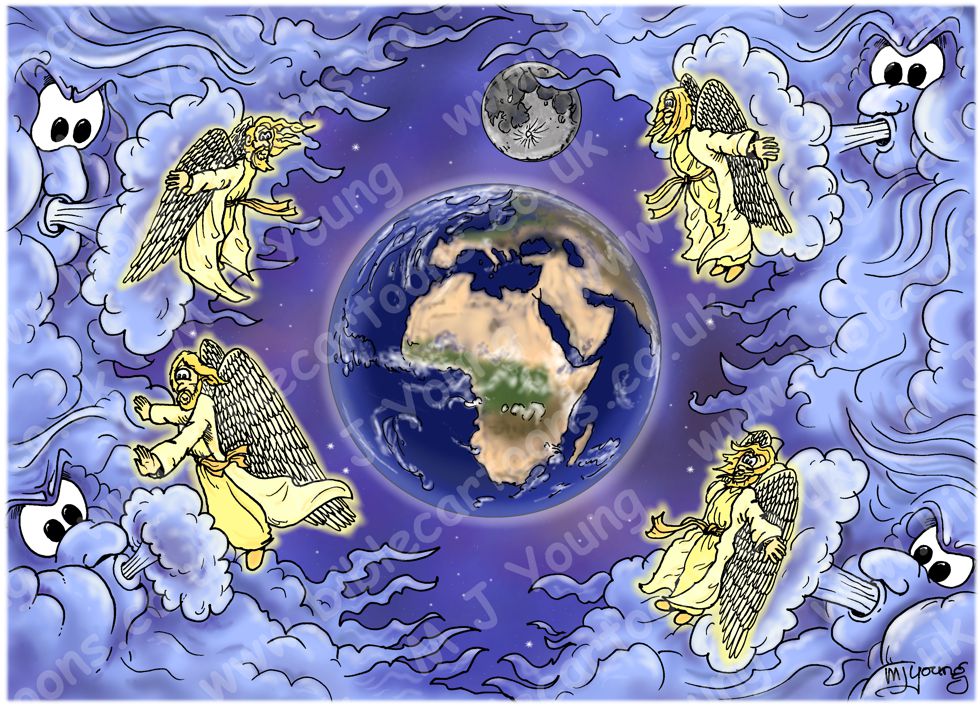 Revelation 7:1 (ANIV)
144,000 Sealed
After this I saw four angels standing at the four corners of the earth, holding back the four winds of the earth to prevent any wind from blowing on the land or on the sea or on any tree.

LIGHTING NOTES:
There is no specific light source in this scene. The four angels have a glow around them.

RESEARCH/ADDITIONAL NOTES:
This is a fairly simple, literal interpretation of Revelation, chapter 7, verse 1. I’ve drawn the four angels with arms spread wide, in postures that look like they are holding back the four winds, which are illustrated as four angry looking cloud faces, in the corners of the scene. 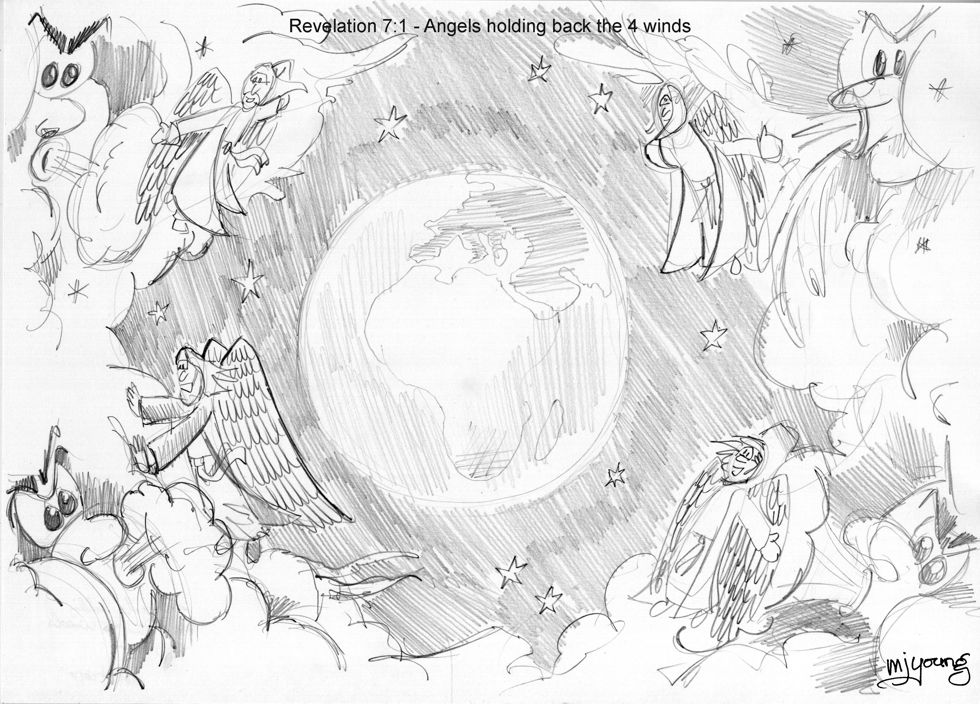