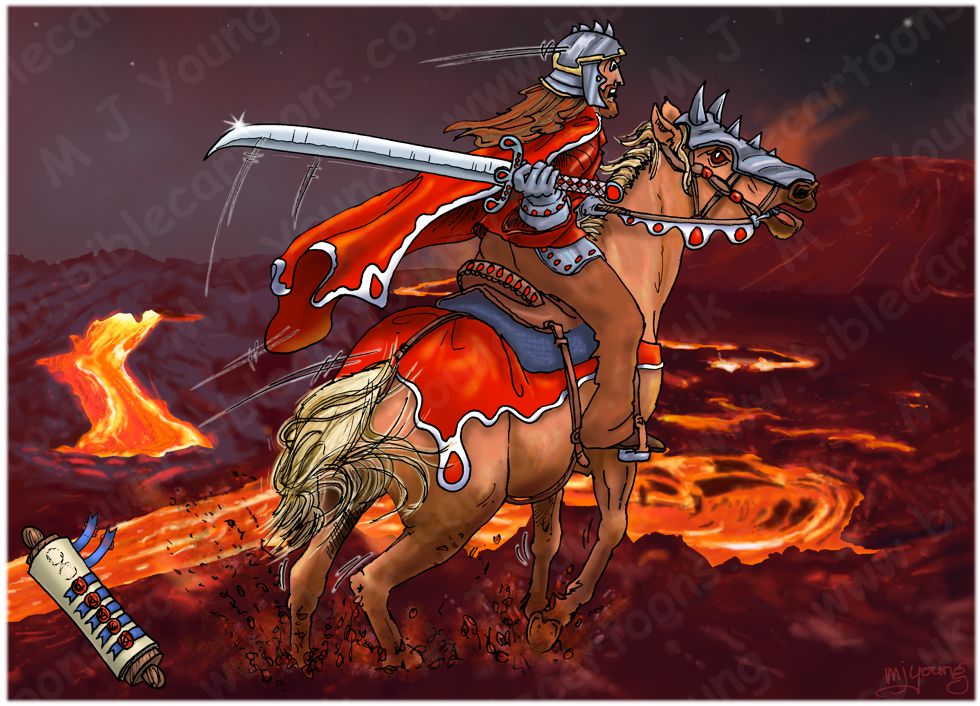 This version has the 7 seal scroll in the bottom left corner of the scene, with the second seal opened.

The red horse’s rider is empowered to take peace from the earth and to slay many. He has a large sword, which indicates the warfare on the earth that will follow his release. 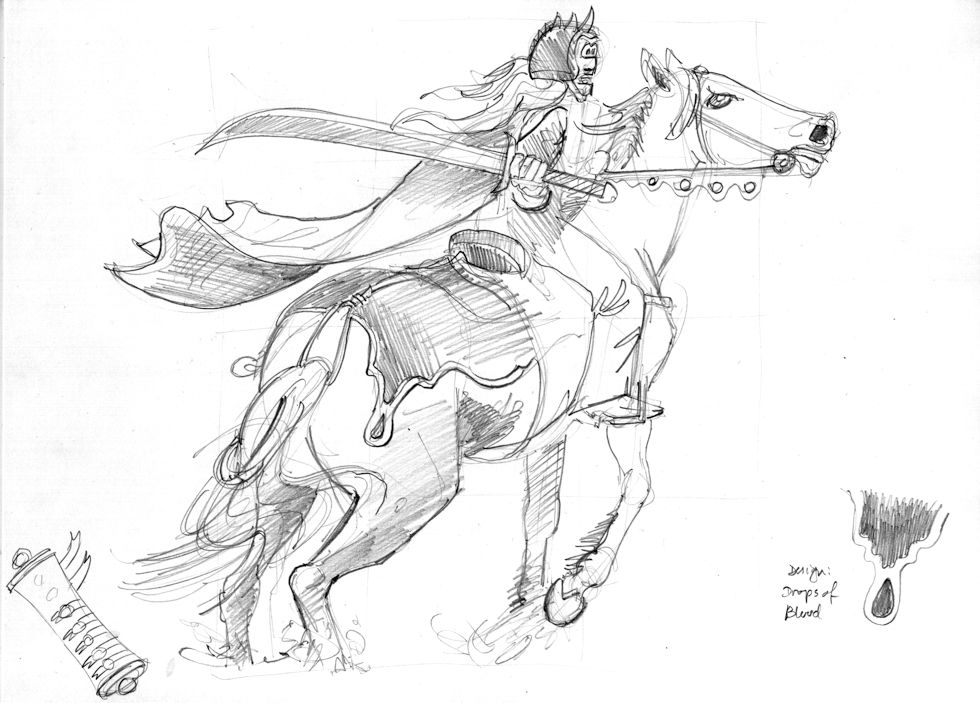