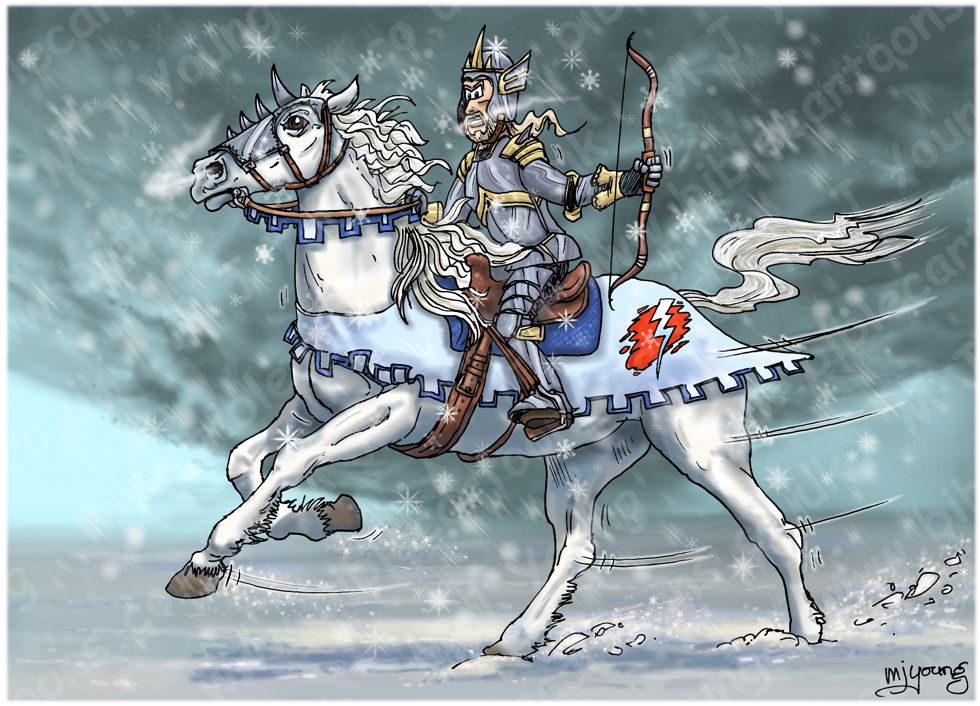 Revelation 6:1-2 (ANIV)
The Seals
1 I watched as the Lamb opened the first of the seven seals. Then I heard one of the four living creatures say in a voice like thunder, “Come!” 2 I looked, and there before me was a white horse! Its rider held a bow, and he was given a crown, and he rode out as a conqueror bent on conquest.

CHARACTERS PRESENT:
The rider on the white horse.

There are two versions of this scene:
01) (Previous page) Revelation 06 – The Scroll seals – Scene 01 – First seal: White rider (with scroll).

This version does not have the 7 seal scroll in the bottom left corner of the scene. I wondered if it might detract from the overall impact of the scene for some viewers, hence its absence in this 2nd version.

The background snow storm is identical to the first version of this scene. As you can see from the above scene I have actually used quite dark blues, greens and violets to bring a contrast to the white horse and make it stand out. I used a motion blur effect on the snowflakes, to create the sense of movement as they fall from the sky.

Since the rider is described as riding out as a conqueror bent on conquest, I decided to put him in steel armour. The three point crown he wears is on top of the steel helmet.

Notice that the bow has no arrow, which indicates that he will establish a world government without warfare.

Some interpreters of Revelation have wondered if the white rider described in this passage is Jesus, at His second coming, due to similarities in the description of the horse and rider. However, the timing would be in the wrong order, as Christ returns to the earth at the end of the Tribulation, not at the beginning. In addition, the three riders on the other horses (Red, Black and Pale) obviously relate to destruction and judgment, which precedes the second coming of Christ, so the first white rider can not refer to Jesus.

A better interpretation is that the conqueror described in Revelation 6:1 is the future world ruler, sometimes referred to as Antichrist, although Revelation does not use that word. Although the future world government that the white rider users in begins with a time of peace, soon destruction follows (see 1 Thessalonians 5:3). The white rider is probably the same person as the ruler of the people mentioned in Daniel 9:26. 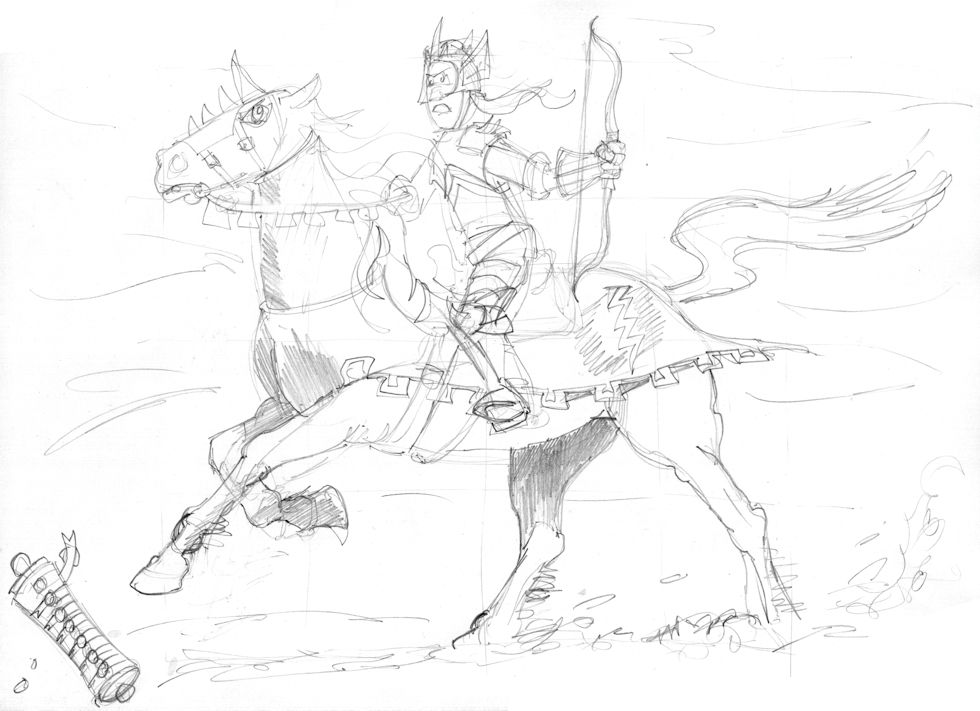