Bible Cartoon: Psalm 08 - When I consider your heavens 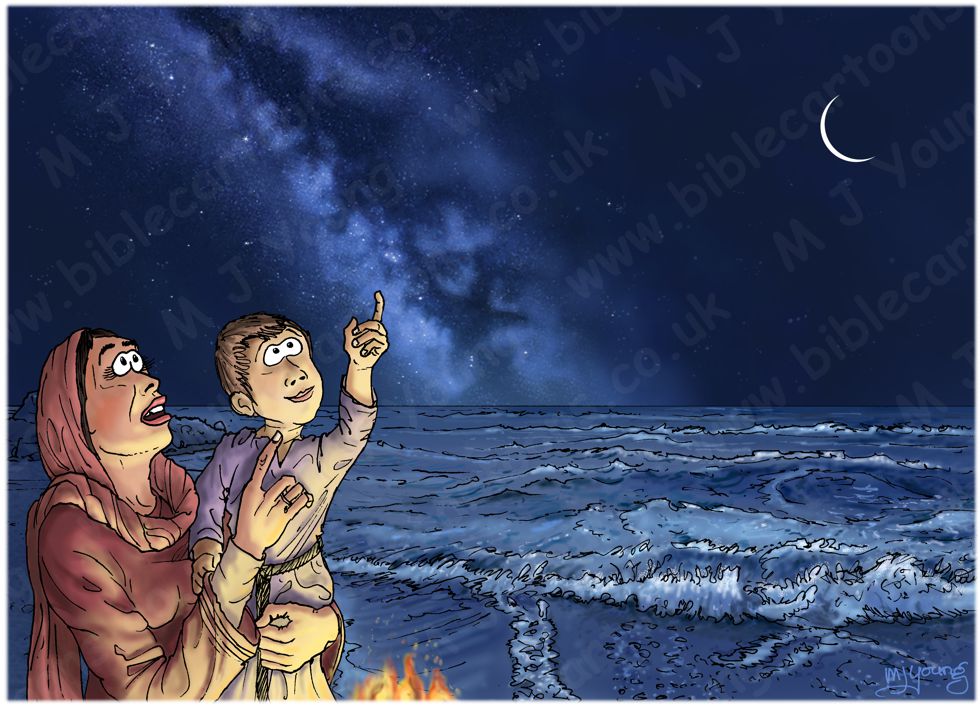 O Lord, our Lord,
how majestic is your name in all the earth!

You have set your glory
above the heavens.
2 From the lips of children and infants
you have ordained praise [2]
because of your enemies,
to silence the foe and the avenger.

3 When I consider your heavens,
the work of your fingers,
the moon and the stars,
which you have set in place,
4 what is man that you are mindful of him,
the son of man that you care for him?
5 You made him a little lower than the heavenly beings [3]
and crowned him with glory and honour.

6 You made him ruler over the works of your hands;
you put everything under his feet:
7 all flocks and herds,
and the beasts of the field,
8 the birds of the air,
and the fish of the sea,
all that swim the paths of the seas.

9 O Lord, our Lord,
how majestic is your name in all the earth!

LIGHTING NOTES:
The Milky Way galaxy (in which our Earth resides) and the slim, crescent moon on the right of the sky provide a feint, cool blue light to this scene.
The foreground figures of the mother and child are illuminated by the warm yellows and oranges of a fire on the beach, at their feet.

RESEARCH/ADDITIONAL NOTES:
Psalm 08 is an example of a Hymn, which lift the congregations praise to God, describing God’s greatness & majesty.

This scene is draws particular attention to verse 3, “When I consider your heavens, the work of your fingers, the moon and the stars, which you have set in place, …”

I drew and coloured up the sea, followed by the night sky in this scene. Then I added the mother and child with the contrasting warm hues and tones, to counterpoint the cool blues of the night sky. 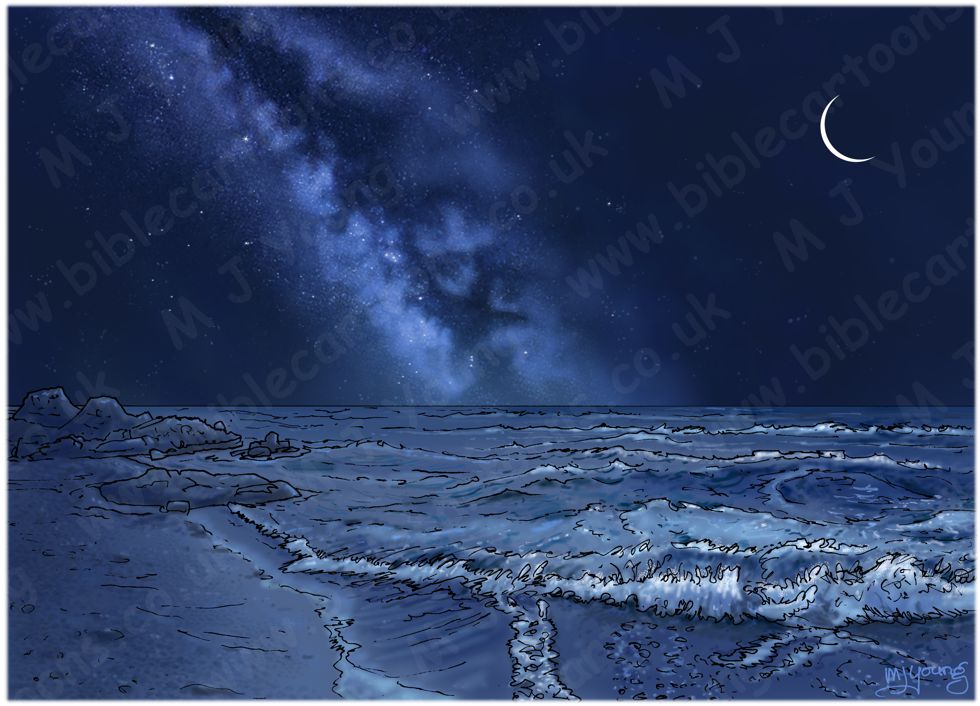 Scene without the figures, showing the rocks jutting out into the sea.