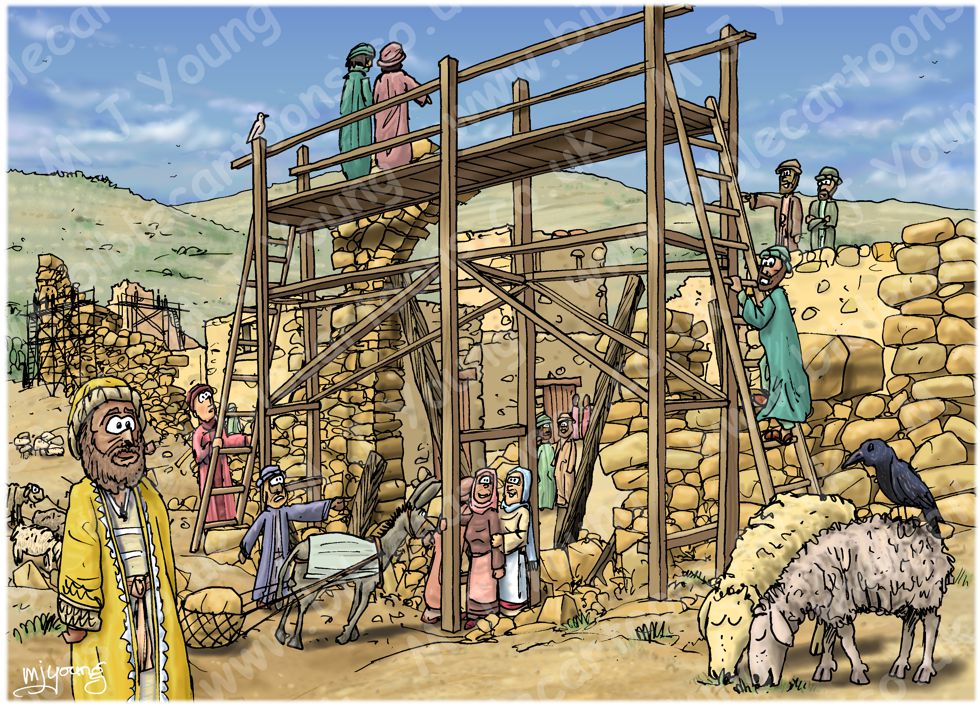 TIME OF DAY:
The text doesn’t specify a time of day, so I’ve set it at about mid afternoon.

LIGHTING NOTES:
Sunlight, coming from above and left (west) in the scene.

CHARACTERS PRESENT:
Eliashib the high priest is the man in yellow robes in the left foreground.
Various other Hebrew men and women, working on restoring the wall and Sheep gate.

RESEARCH/ADDITIONAL NOTES:
The Sheep Gate is the first one usually mentioned in a round up of the various gates of Jerusalem.

The modern walls of Jerusalem are of cut stone, but in Neremiah’s day I suspect the stones used to build the walls would have been rougher.

Eliashib was the high priest at the time of Nehemiah’s wall rebuilding project. Eliashib means “whom God restored”, which is quite an apt name, since the walls of Jerusalem were being restored at the time he was high priest! Incidentally, there are 6 Hebrew men named Eliashib mentioned in the Bible. 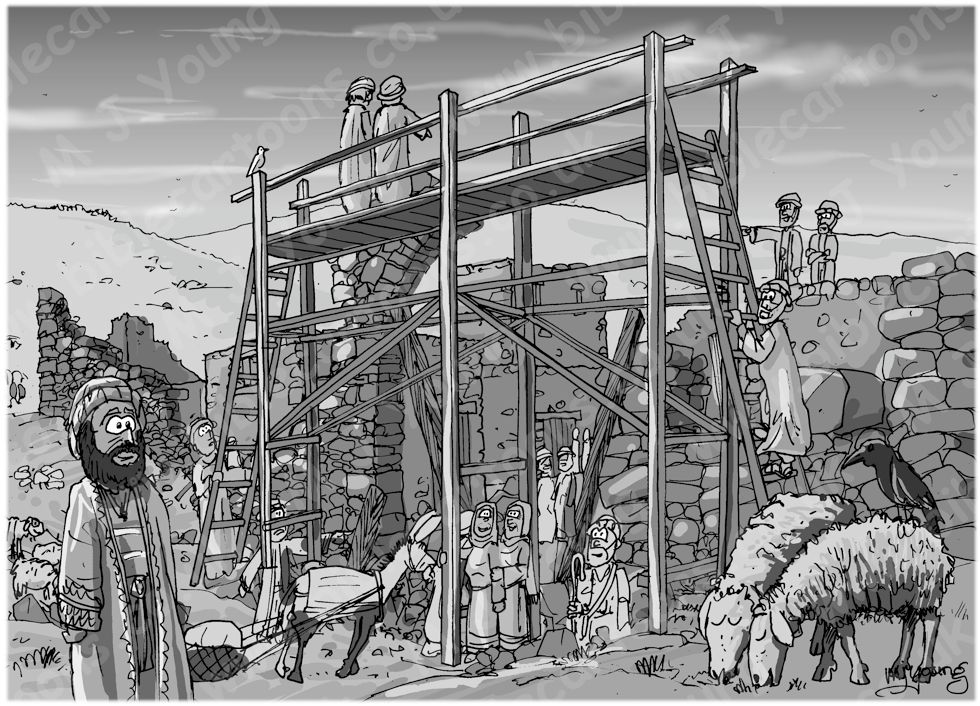 Greyscale scene, which helps me to establish light and shade in the finished work. 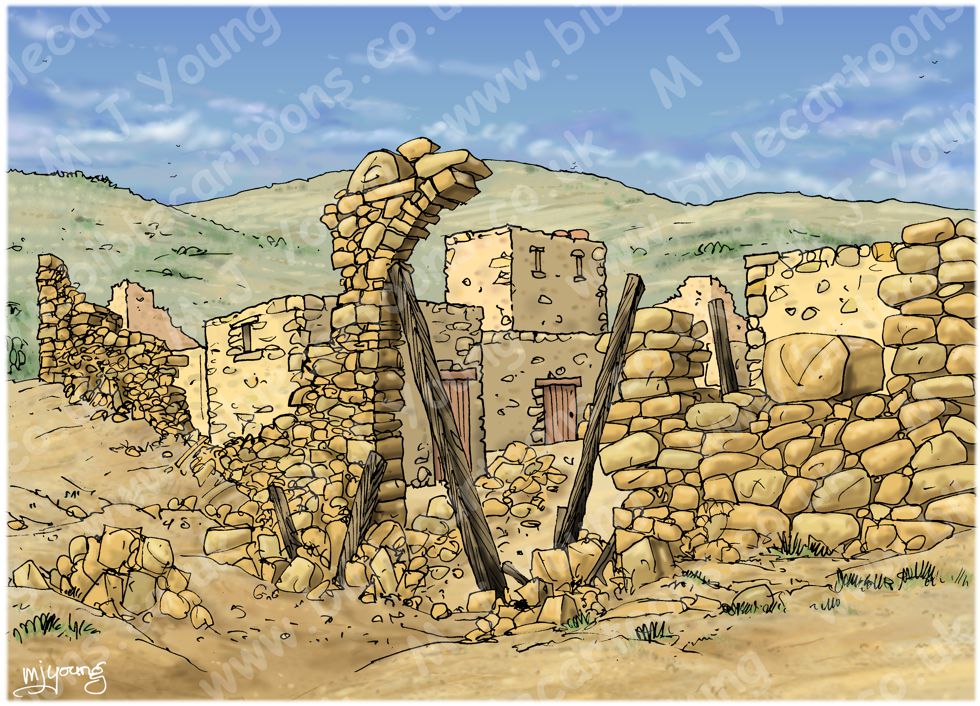 Scene without the figures, sheep or scaffolding, to show the broken walls of the Sheep gate more clearly.
Notice the burned timbers in the partial gate archway – all that remains of the original gates, burned by the Babylonians 70 years earlier.

View all Bible Cartoons in Nehemiah Go to Search by Bible Book page Do I need High or Medium qlty cartoons? FAQ’s