Bible Cartoon: Matthew 25 - Parable of the talents - Scene 05 - Throw him out 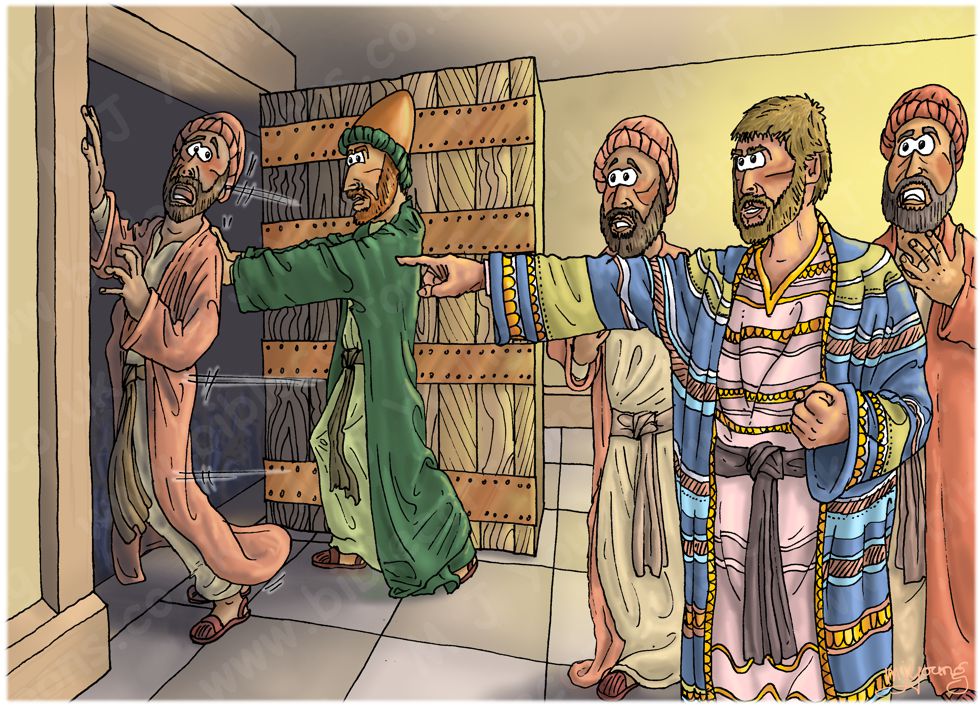 Matthew 25:24-30 (NLT)
24 “Then the servant with the one bag of gold came and said, `Sir, I know you are a hard man, harvesting crops you didn’t plant and gathering crops you didn’t cultivate. 25 I was afraid I would lose your money, so I hid it in the earth and here it is.’
26 “But the master replied, `You wicked and lazy servant! You think I’m a hard man, do you, harvesting crops I didn’t plant and gathering crops I didn’t cultivate? 27 Well, you should at least have put my money into the bank so I could have some interest. 28 Take the money from this servant and give it to the one with the ten bags of gold.
29 To those who use well what they are given, even more will be given, and they will have an abundance. But from those who are unfaithful, [3] even what little they have will be taken away. 30 Now throw this useless servant into outer darkness, where there will be weeping and gnashing of teeth.’

TIME OF DAY:
Unspecified in parable.

LIGHTING NOTES:
Lamp light (unseen, on the right) illuminates this interior scene, casting shadows to the left of figures and objects.

CHARACTERS PRESENT:
On the right is the master, pointing towards the door. behind him are the two faithful servants who invested the master’ money wisely.
A guard (in green robe) is forcefully throwing the unworthy servant out throw a door, into the outer darkness.

RESEARCH/ADDITIONAL NOTES:
This is a very sobering scene indeed, which shows the fate of the unfaithful/wicked/lazy servant, who is about to be thrown into the outer darkness (verse 30). The room in which this scene takes place represents the gateway between worlds, connecting the earth and the dark realm. The master is pointing towards the door that leads to the outer darkness, instructing the green robed guard to throw out the lazy servant.
The lazy servant now realises (too late) that he is headed for trouble. He is holding on to the large wooden frame, desperately trying to prevent his being thrown out.
The two faithful servants have expressions of fear, awe, terror, etc at the fate of the lazy servant.

Originally I assumed that the outer darkness was synonymous with hell, as many older bible commentaries have suggested. However, I have read articles that suggest another interpretation. I suppose you can argue that the outer darkness is hell, & anyone going there won’t be coming back. But then again there are commentators who suggest that the outer darkness is a place where believers (Christians) will go when Jesus the Christ returns, if they have not been faithful at working to promote the kingdom sufficiently. These commentators suggest that believers won’t get into the inaugural celebration party at Jesus’ return, however their eternal position in heaven will be secure. I am not at all certain I understand these arguments – more study needed me thinks! 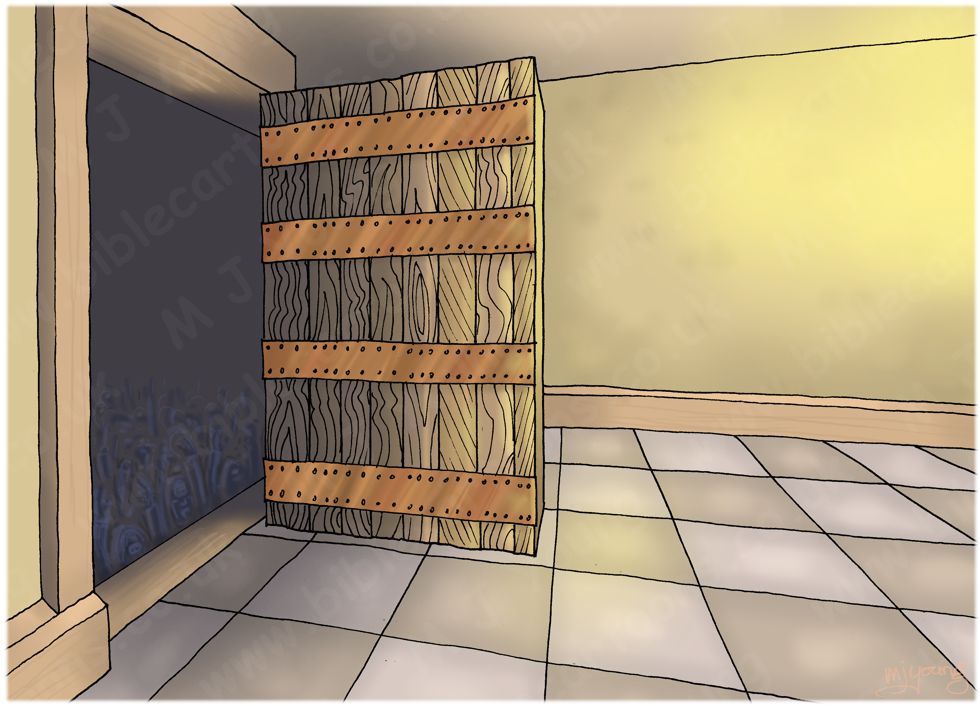 
Here is a close-up of the people in the outer darkness. 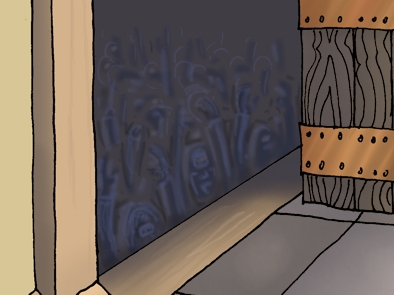