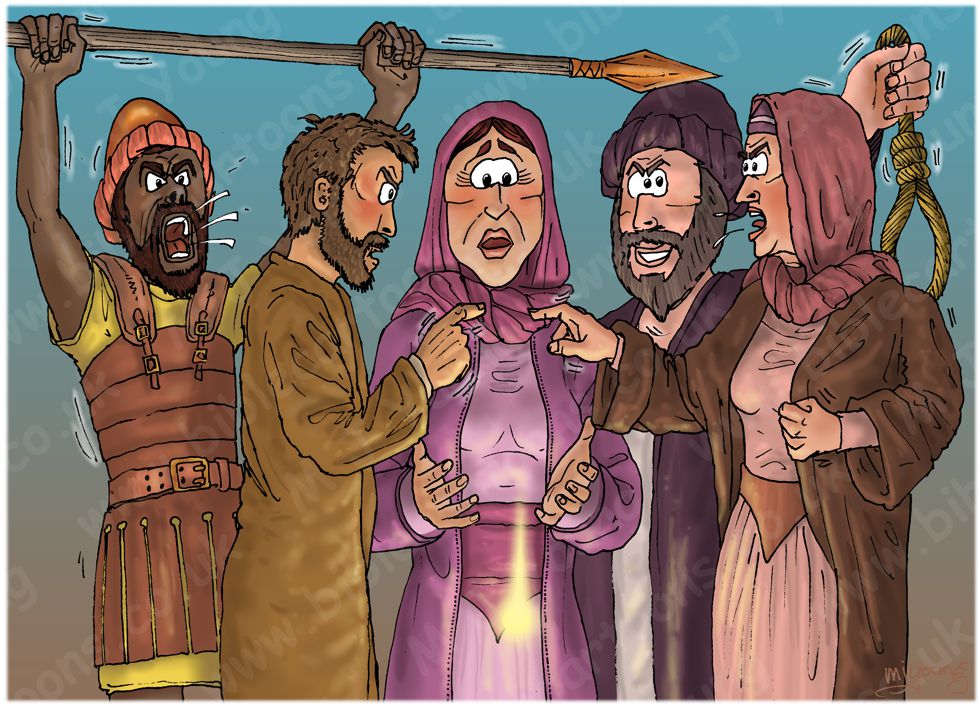 Matthew 13:20-21 (NLT)
20 [Jesus continue explaining his parable] “The seed on the rocky soil represents those who hear the message and immediately receive it with joy. 21 But since they don’t have deep roots, they don’t last long. They fall away as soon as they have problems or are persecuted for believing God’s word.”

LIGHTING NOTES:
Most of the light for this scene comes from the ball of light being dropped out of the woman’s hands.

CHARACTERS PRESENT:
A woman, a new believer, in centre of picture, wearing pink clothing.
Various people giving the new Christian believer a hard time; persecuting her for her new beliefs.

RESEARCH/ADDITIONAL NOTES:
There are two versions of this scene:
01) (Previous page) Matthew 13 – Parable of the sower – Scene 08 – Persecution (Man version).

As I noted in Scene 07, I wanted some way to visually represent the seed, or message about the Kingdom (of God), which Jesus talks about in this parable. I decided to represent the gospel message (which is the same as message about the Kingdom (of God)), as a mysterious little ball of light. The woman in this scene has readily received the good news about God’s kingdom, which is demonstrated by the ball of light floating between her hands. Jesus explained in his parable that some people don’t have very deep roots, so they don’t last long. As he said, “They fall away as soon as they have problems or are persecuted for believing God’s word.”
In this scene we can see four people poking and prodding the woman because of her new beliefs. Notice the man in dark purple who is holding a noose up in the air & the soldier shouting & waving a spear above his head – very threatening behaviour!

The ball of light which is being dropped by the woman is representative of her belief crumbling & literally falling away.