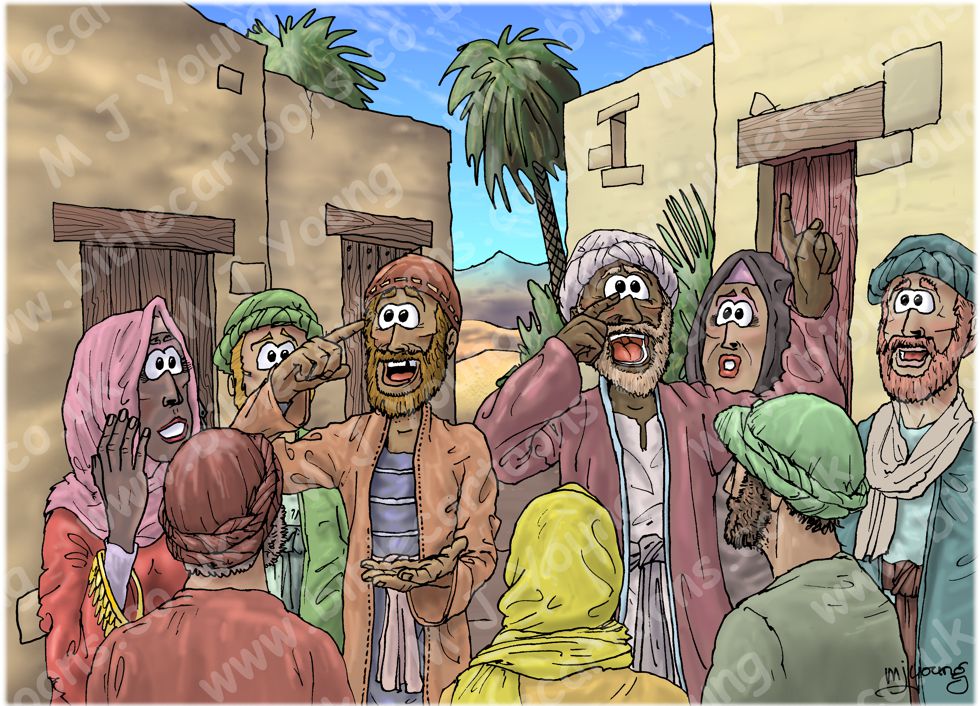 Matthew 9:31 (NLT)
But instead, they [2 blind men who Jesus healed] went out and spread his fame all over the region.

LIGHTING NOTES:
Sunlight from above & left can be seen on the top & left hand side of all characters & objects in this scene.

CHARACTERS PRESENT:
The 2 men who were previously blind are in the centre of the croup of villagers or towns people. They are telling the other people present about how Jesus gave them back their sight. Notice the two men pointing to their eyes & the one on the right is also pointing up to heaven, indicating that their healing was heaven-sent by God.

RESEARCH/ADDITIONAL NOTES:
This scene is set just after Jesus has left the synagogue rulers house, having there resurrected his daughter from death (See Matthew 09:18-26). It is also the fifth in the series depicting Jesus’ healing of 2 blind men.

I enjoyed drawing all those astonished & amazed expressions on the various people’s faces!

If you’ve seen the other Bible Cartoons in this set (Scene 06-08) you will know that I have represented the two men’s blindness by drawing them with white eye pupils. Notice in this scene that their eye’s are black, like everyone else’s, showing that they can see clearly now.