Bible Cartoon: Matthew 05 - The Beatitudes - Scene 01 - Blessed are you 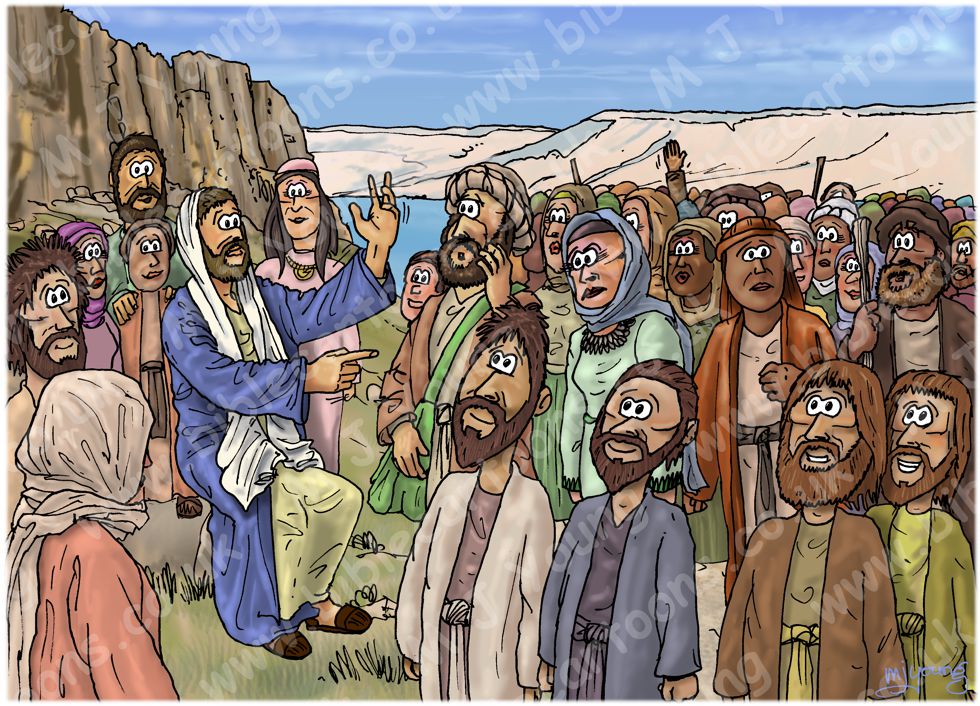 Matthew 5:1-2 (ANIV)
1 Now when he [Jesus] saw the crowds, he went up on a mountainside and sat down. His disciples came to him, 2 and he began to teach them, saying…

TIME OF DAY:
I’ve set the scene in the late morning.

LIGHTING NOTES:
The sun is high in the sky, on the left of the scene.

CHARACTERS PRESENT:
Jesus, sitting on the rocks, with his 12 disciples (see Mark 3:16-19 for list of the names of the 12 disciples) plus Mary Magdalene & Salome, the wife of Zebedee & mother of James & John (2 of Jesus’ disciples.)
You can see a large crowd of people behind the disciples.

The exact site is debated, there being two possibilities:
1) Capernaum has been identified with Tell Hum, which is about two miles south-west of where the Jordan flows into the Sea of Galilee.
2) Other scholars have conjectured that the ruins of Capernaum are to be found at Khan Minyeh, about three miles further to the south on the lake’s shore.

The apparent arrogance & unbelief of the inhabitants of Capernaum (after the many miracles of Jesus & all that he taught), brought down upon them a heavy denunciation of judgement. Matthew 11:23-24 (ANIV) records Jesus words against the city, “And you, Capernaum, will you be lifted up to the skies? No, you will go down to the depths (Hades, Hell). If the miracles that were performed in you had been performed in Sodom (destroyed in Genesis 19), it would have remained to this day. But I tell you that it will be more bearable for Sodom on the day of judgment than for you.” 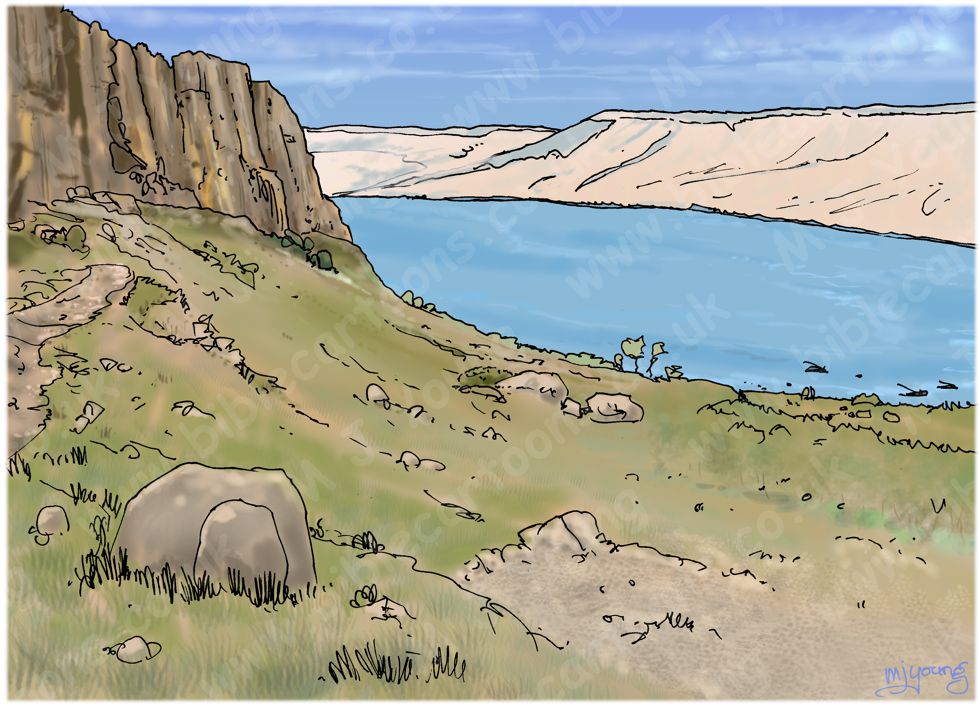