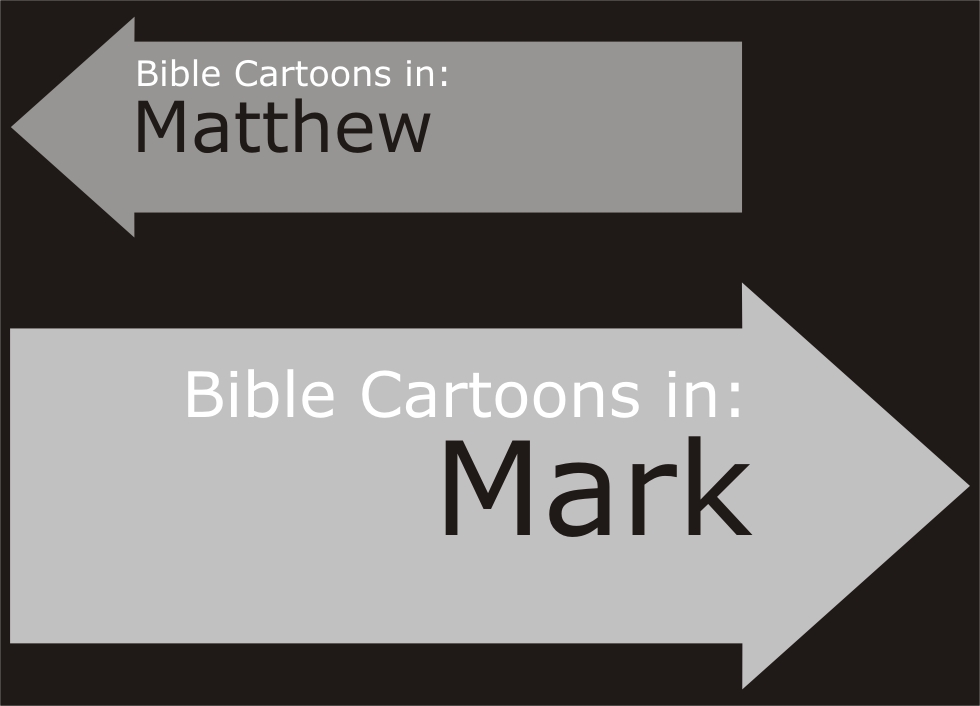 Marcus was John Mark’s Latin surname. His Hebrew name was John (aka Johanan), meaning “the grace of God”.

The word gospel is derived from the Anglo-Saxon word which meant “God’s spell”, or “God’s word”, ie “the story concerning God.” In the New Testament the Greek word euaggelion, means “good news.” It proclaims tidings of deliverance.

Is God able to sustain the confessing church in the crisis of persecution & martyrdom? Christians in Rome faced this question as the first read the Gospel of Mark.

Among the Christian leaders in Rome was John Mark of Jerusalem. Mark recognised that frightened men & women would need to be strengthened for the testing of their faith [following the fire of Rome (64 AD) & the emperor Nero’s blaming of the Christians for that event]. The earliest of the Gospels was his pastoral response to the crisis in Rome. Mark wrote to strengthen Christians & to provide them with a basis for faithfulness to Jesus.

Theological conclusions.
The Gospel of Mark brought stability, hope & identity to a confused & frightened body of Christians by emphasizing 5 doctrines:
01) The sovereign initiative of God in sending his Son as the agent of his saving will.
02) The presence of the new [church] age & the reality of its blessings.
03) The paradox of the new [church] age that suffering precedes vindication.
04) The ability of God to sustain the one who is faithful to him.
05) The importance of the confession of Jesus as God’s agent & Son as the measure of Christian commitment.

John Mark is the author of this Gospel. It is believed that he was the attendant and writer for the Apostle Peter. This is the same John Mark who traveled as a helper with Paul and Barnabas on their first missionary journey (Acts 13). John Mark is not one of the 12 disciples.

John Mark wrote the Gospel of Mark in Rome. Settings in the book include Jerusalem, Bethany, the Mount of Olives, Golgotha, Jericho, Nazareth, Capernaum and Caesarea Philippi.

This was probably the first Gospel to be written since all but 31 verses of Mark are found in the other three Gospels.

Themes in the Gospel of Mark:
Mark records more miracles of Christ than any of the other Gospels. Jesus proves his divinity in Mark by the demonstration of miracles. There are more miracles than messages in this Gospel. Jesus shows that he means what he says and he is who he says.

In Mark we see Jesus, the Messiah, coming as a servant. He reveals who he is through what he does. He explains his mission and message through his actions. John Mark captures Jesus on the move. He skips the birth of Jesus and dives quickly into presenting his public ministry.

The overriding theme of the Gospel of Mark is to show that Jesus came to serve. He gave his life in service to mankind. He lived out his message through service, therefore, we can follow his actions and learn by his example. The ultimate purpose of the book is to reveal Jesus’ call to personal fellowship with him through daily discipleship.
[Source: http://christianity.about.com/od/newtestamentbooks/qt/gospelmarkintro.htm]

Key Verse(s):
Mark 9:35 (ANIV)
Sitting down, Jesus called the Twelve and said, “If anyone wants to be first, he must be the very last, and the servant of all.”

Mark 10:43-45 (ANIV)
[Jesus told his disciples] “Not so with you. Instead, whoever wants to become great among you must be your servant, and whoever wants to be first must be slave of all. For even the Son of Man did not come to be served, but to serve, and to give his life as a ransom for many.”

[1]
Fuller list of major characters in the Mark’s Gospel: