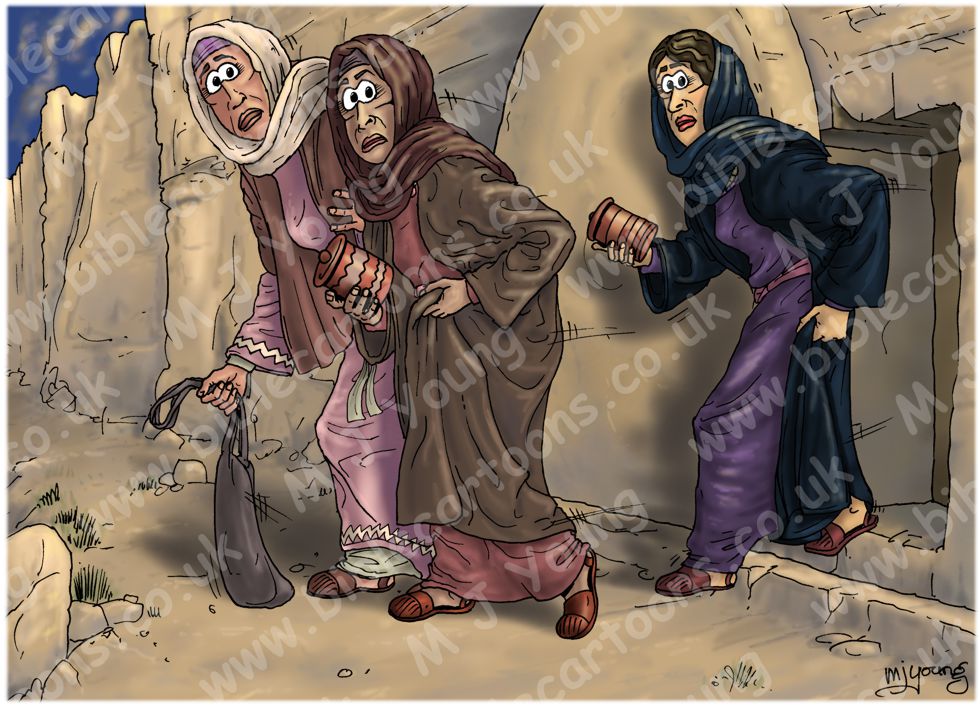 Mark 16:8a (NLT)
The women [Mary Magdalene and Salome and Mary the mother of James] fled from the tomb, trembling and bewildered, saying nothing to anyone because they were too frightened to talk. [1]

TIME OF DAY:
Verse 2 tells us it was very early, at sunrise. This scene occurs a few moments after the previous pictures & so is at the same time of day.

I have split the verse into two parts, so that I can draw this scene, & still have one left to represent the “shorter ending” of Mark’s Gospel.

The characters, clothing, scenery, & colours are all taken from previous scenes, to preserve continuity.

Notice the small opening of the tomb, which is making the three figures of the woman stoop as they emerge. Notice also that Salome (the woman in front) is picking up her shopping bag, which she was carrying in scene 02 – Stone, but which she discarded on entering the tomb in scene 03 – Angel.