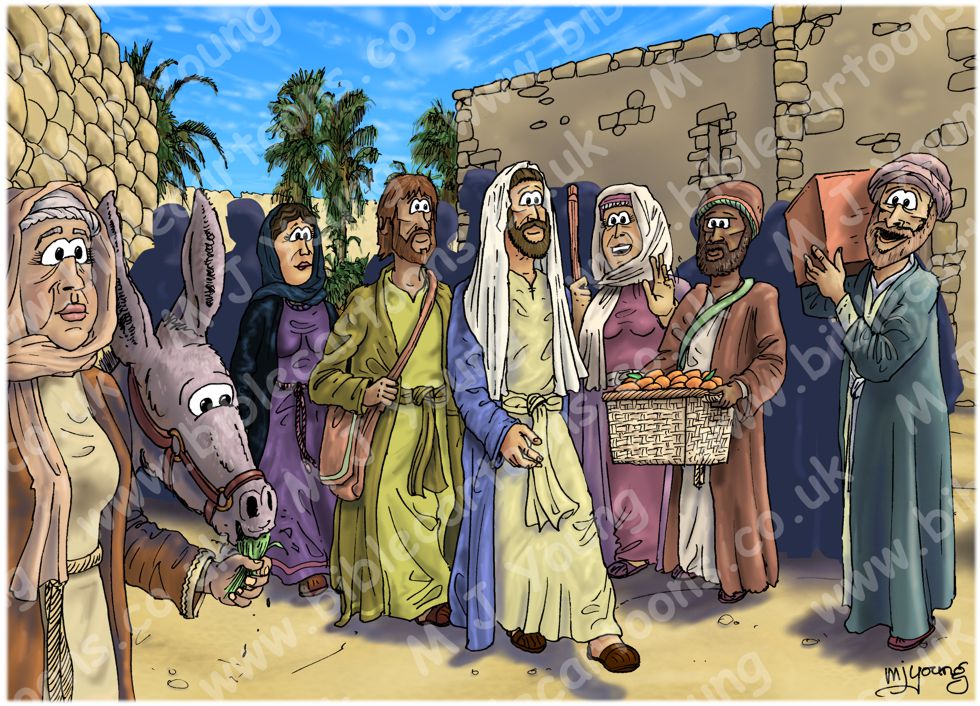 Luke 19:1 (NLT)
Jesus entered Jericho and made his way through the town.

TIME OF DAY:
The time of day is not specified in the verse above. I have set this scene in the late morning.

LIGHTING NOTES:
Strong overhead sunlight from the right casts shadows of the figures and buildings to the left.

CHARACTERS PRESENT:
From left to right: an unnamed woman with a donkey, Mary Magdalene, James (son of Zebedee), Jesus the Christ, other Hebrew onlookers. There is a crowd behind the main figures in this scene.

RESEARCH/ADDITIONAL NOTES:
I enjoyed drawing and colouring up this scene, especially the donkey being fed by its owner in the left foreground! The mid ground crowd (represented by simple dark shapes) works well, giving the sense of a multitude of figures without me having to draw each one!

In the first version of this scene I coloured the sky in similar hues to the building walls, but later added a blue sky, which gives greater contrast to the scene.

In the preceding chapter a blind man was healed by Jesus and came to faith. What is interesting to note is that both the blind man (in chapter 18) and Zacchaeus (in chapter19) were considered by the normal Jewish system to be undesirables, or unworthy. Fortunately that wasn’t Jesus’ assessment of them! In his own words Jesus says (As Luke 19:10) “For the Son of Man (ie Jesus) came to seek and save those who are lost.” Jesus mandate seems to especially include those considered beyond the reach of the rather rigid Jewish laws.

Zacchaeus, was considered outside the normal Jewish system because of his job as a tax collector, working for the Roman empire. Although a wealthy man, Zacchaeus must have come to realise he was a sinner in need of a saviour, since he responded to Jesus’ message so enthusiastically. In fact he reacted in precisely the opposite way the rich ruler had (see Luke 18:18-25). 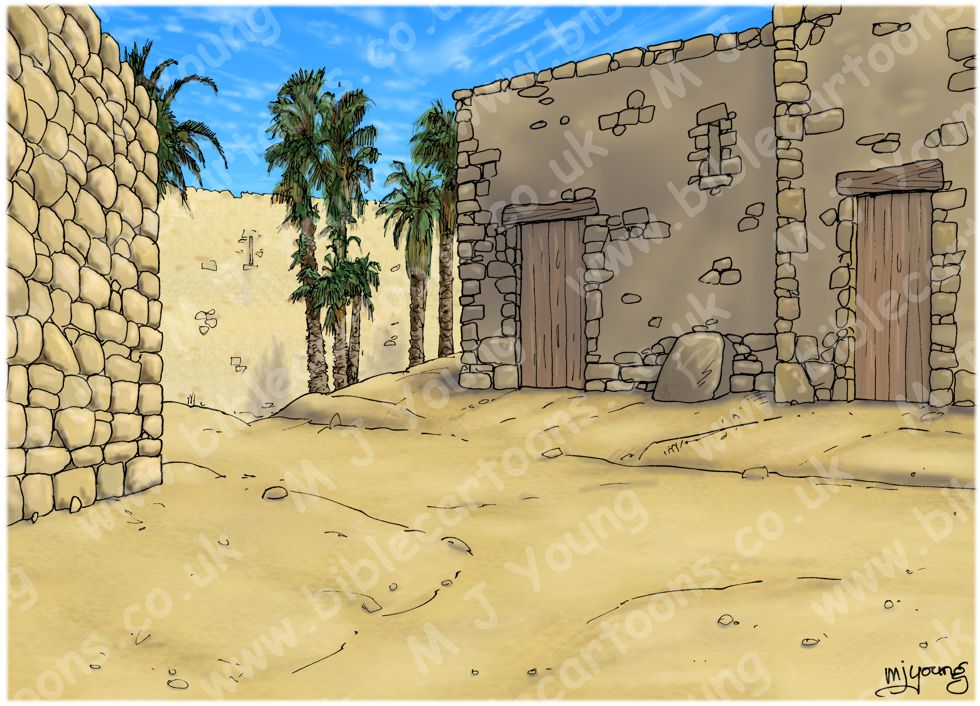 In the previous chapter, we read of Jesus’ comment about it being hard for rich people to come to salvation:

Luke 18:24-27 – Common English Bible (CEB)
24 When Jesus saw this [the rich man turn away from Jesus invitation], he said, “It’s very hard for the wealthy to enter God’s kingdom! 25 It’s easier for a camel to squeeze through the eye of a needle than for a rich person to enter God’s kingdom.”

26 Those who heard this said, “Then who can be saved?”

The story of Zacchaeus’ conversion proves that all things are possible for God, since Zacchaeus was a very wealthy person, and yet he found salvation in Jesus. 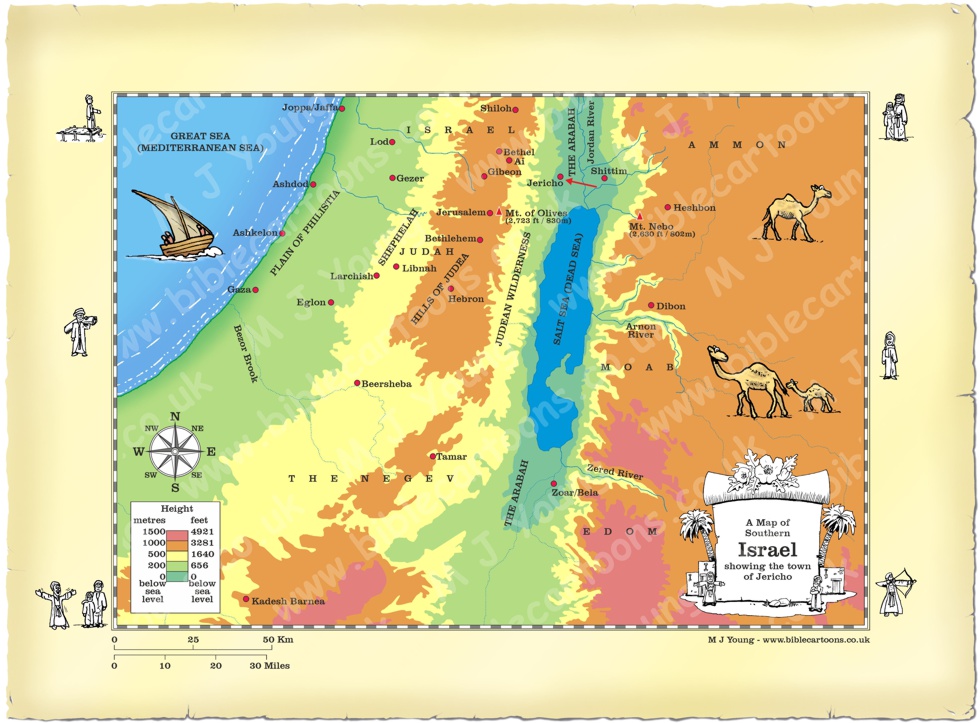