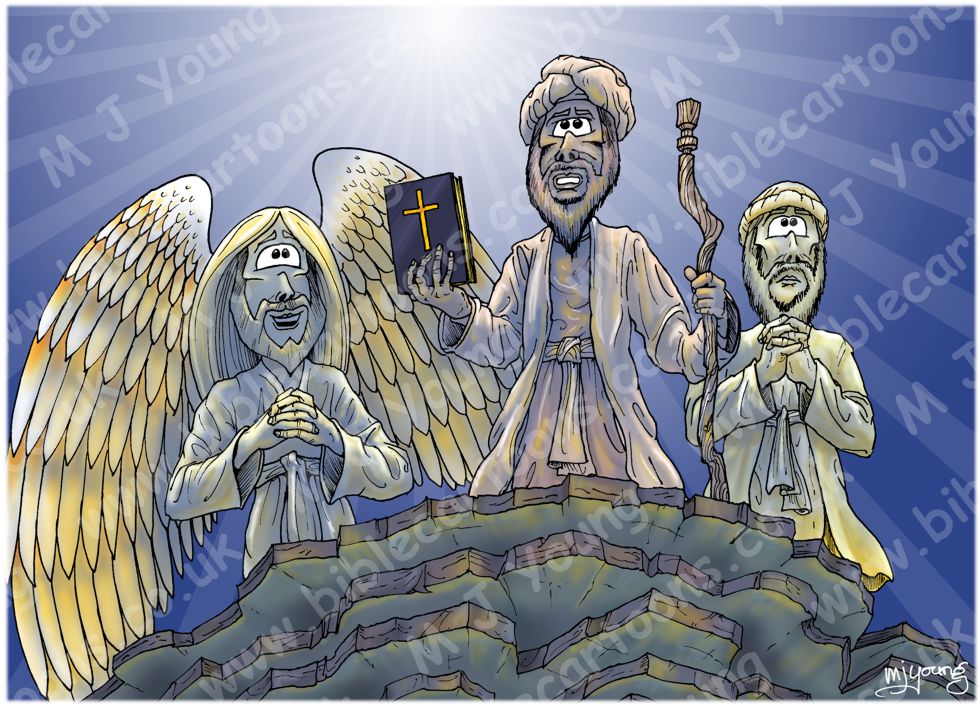 Luke 16:27-29 (NLT)
[Jesus said] 27 “Then the rich man said, ‘Please, Father Abraham, at least send him to my father’s home. 28 For I have five brothers, and I want him to warn them so they don’t end up in this place of torment.’
29 “But Abraham said, ‘Moses and the prophets have warned them. Your brothers can read what they wrote.’ “

LIGHTING NOTES:
The bright light from heaven provides top lighting from above this scene, whilst the yellow/orange flames of hell can just be seen on the edges of the cliff like chasm rocks.
I have added radiating light rays, coming from a point at the very top of the picture, which represents the dazzling brightness of the centre of Heaven, where the Lord God is.

CHARACTERS PRESENT:
The soul/spirit of Abraham in heaven, talking to the rich man across the great chasm (unseen), with Lazarus on his left (the viewers’ right) & one of the angels who carried Lazarus to heaven on Abraham’s right (the viewer’s left).

RESEARCH/ADDITIONAL NOTES:
There are 2 versions of this scene:
1) The Colour version (see previous Bible Cartoon)
2) The Blue version
This Blue version has a subtle blue overlay on the rocks & figures in the foreground, which increases the shadows on the figures, coming as a result of the bright heavenly light above & behind the figures.

The soul/spirit of the rich man in hell is not visible in this scene, in fact, only the faint yellow glow of the flames of Hell can be seen on the rock edges of the cliff, on which the figures stand.

I used one of my own photographs from a holiday in County Durham (August 2010) for reference of the rocks in the foreground. The rocks represent the very edge of the impassable chasm that divides Heaven & Hell, as mentioned in verse 26. 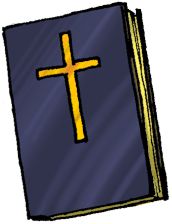