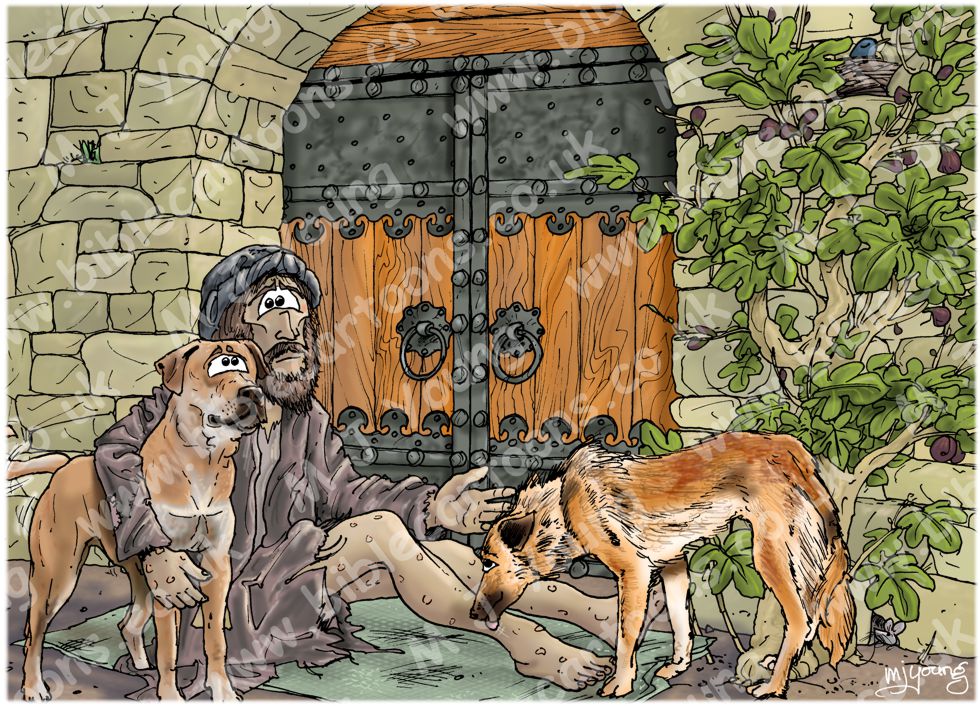 RESEARCH/ADDITIONAL NOTES:
There are 3 versions of this scene:
1) The Colour version
2) The Blue version (see previous Bible Cartoon)
3) The Pale version.
The Pale version has a limestone yellow overlay across the wall stones in the background. There is also a subtle “deadening” of the orange brown wood & grey/black metalwork of the gate. Lazarus also has a plum coloured outer robe, which is designed to contrast more highly with the background wall colour than in the other two versions of this scene. 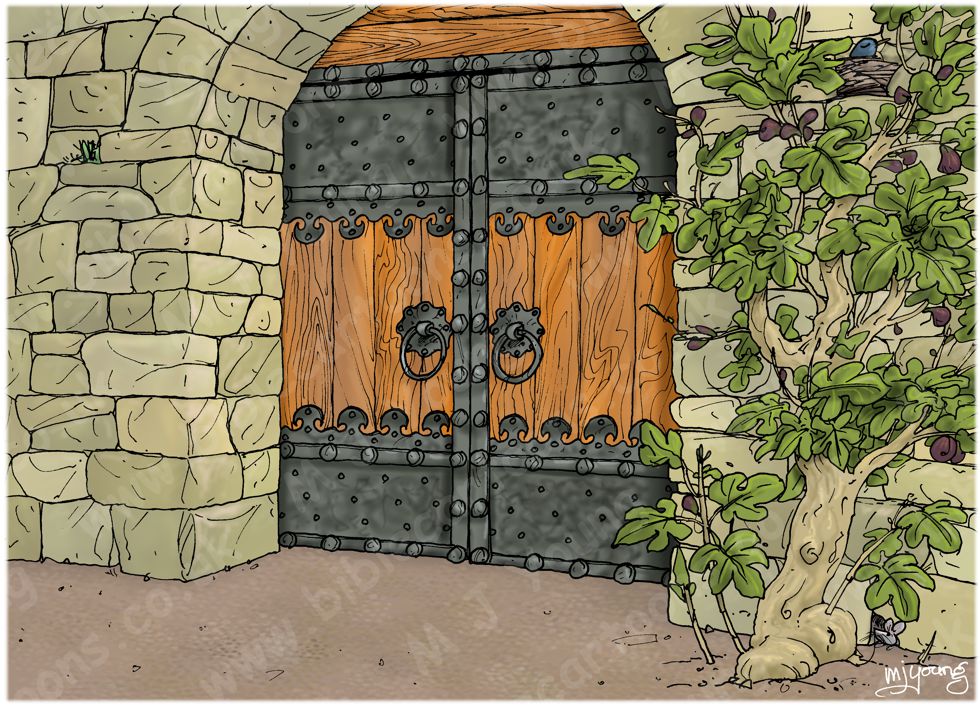 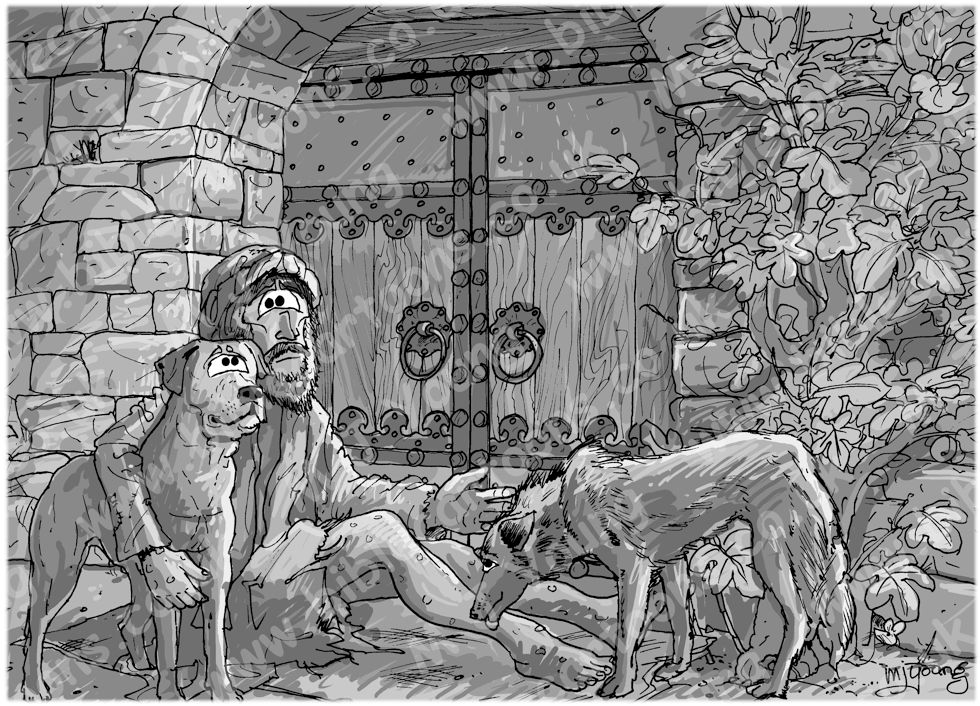