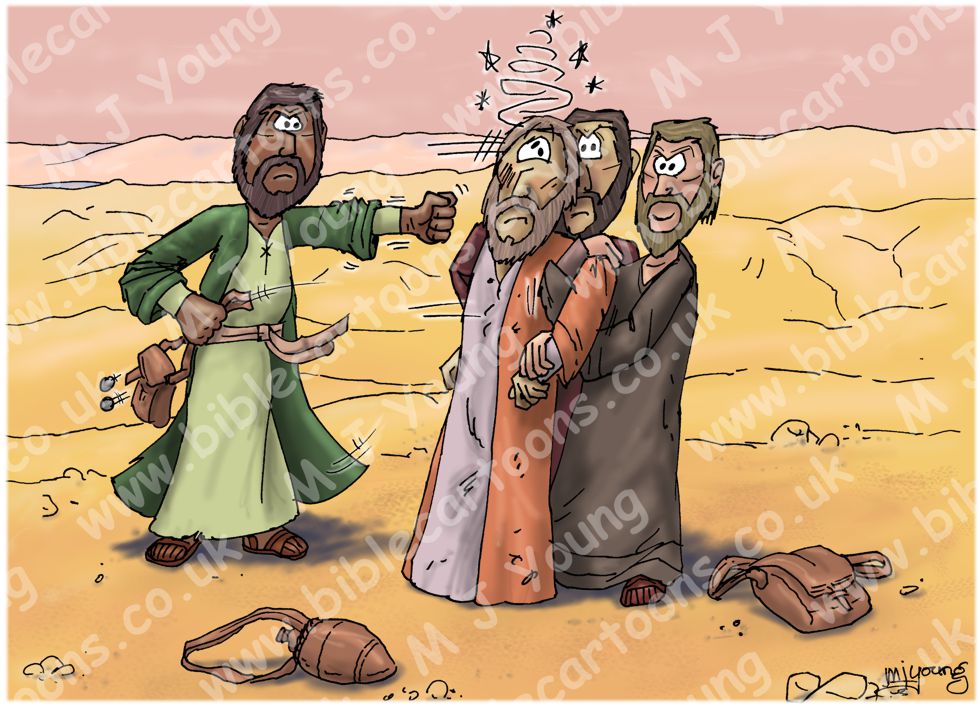 Luke 10:30 (NLT)
Jesus replied with a story: “A Jewish man was travelling on a trip from Jerusalem to Jericho, and he was attacked by bandits. They stripped him of his clothes, beat him up, and left him half dead beside the road.”

RESEARCH/ADDITIONAL NOTES:
There are two versions of this scene:
01) (Previous page) Luke 10 – Parable of the good Samaritan SET01 – Scene 01 – Beaten up.
The original drawing, which has rather grey/brown tones.

In SET 02, I actually finished scene 03 – Good Samaritan SET02 in 2015 first, before I finished the other scenes. Scene 03 was a special commission for a local primary school, so it was needed first. I have just completed colouring up the other 4 scenes in this set, & made available on the BC website.

The primary school wanted 4 large canvases with my illustrations on, each highlighting one of four values of the school. Apparently the canvases have been well received & are helping to illustrate the Christian ethos of the school.