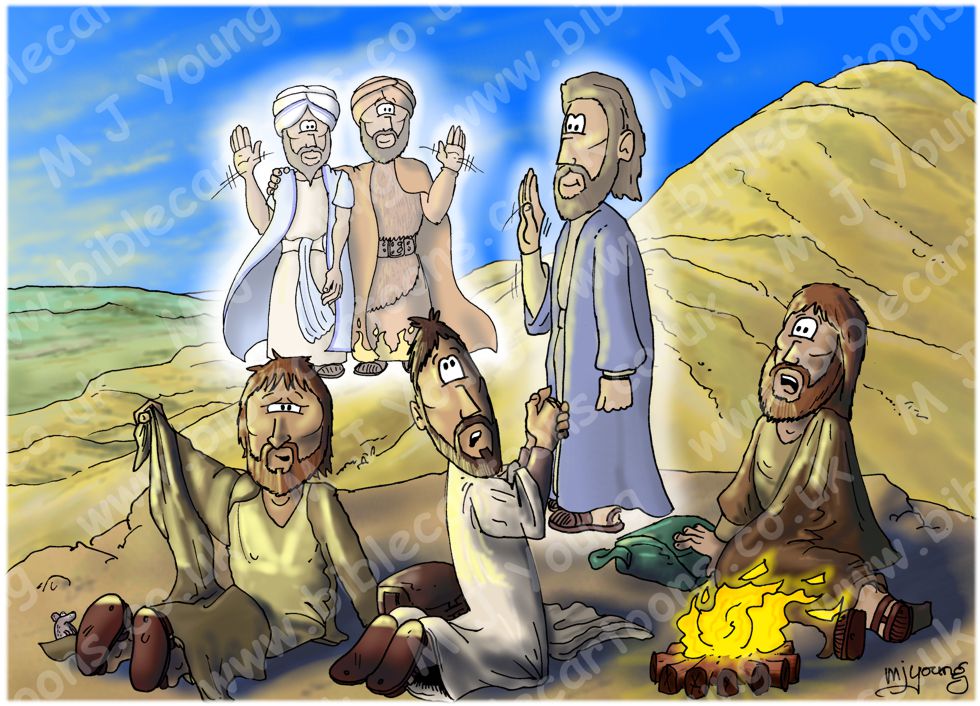 Luke 9:32-33 (ANIV)
32 Peter and his companions were very sleepy, but when they became fully awake, they saw his [Jesus] glory and the two men standing with him [Moses & Elijah.] 33 As the men were leaving Jesus, Peter said to him, “Master, it is good for us to be here. Let us put up three shelters—one for you, one for Moses and one for Elijah.” (He did not know what he was saying.)

CHARACTERS PRESENT:
Scene 04 – Disciples awaken – Jesus, Moses, Elijah, Simon/Peter, James (son of Zebedee), John (son of Zebedee) & Snow Vole.
I wanted to show each disciple with a different facial expression: from left to right – James (the brother of John) is just waking up & not really “with it” yet! Simon/Peter is awake & automatically turns to prayer & reverence, whilst on the right, John is surprised & not really sure what to make of the sudden appearance of Moses & Elijah.