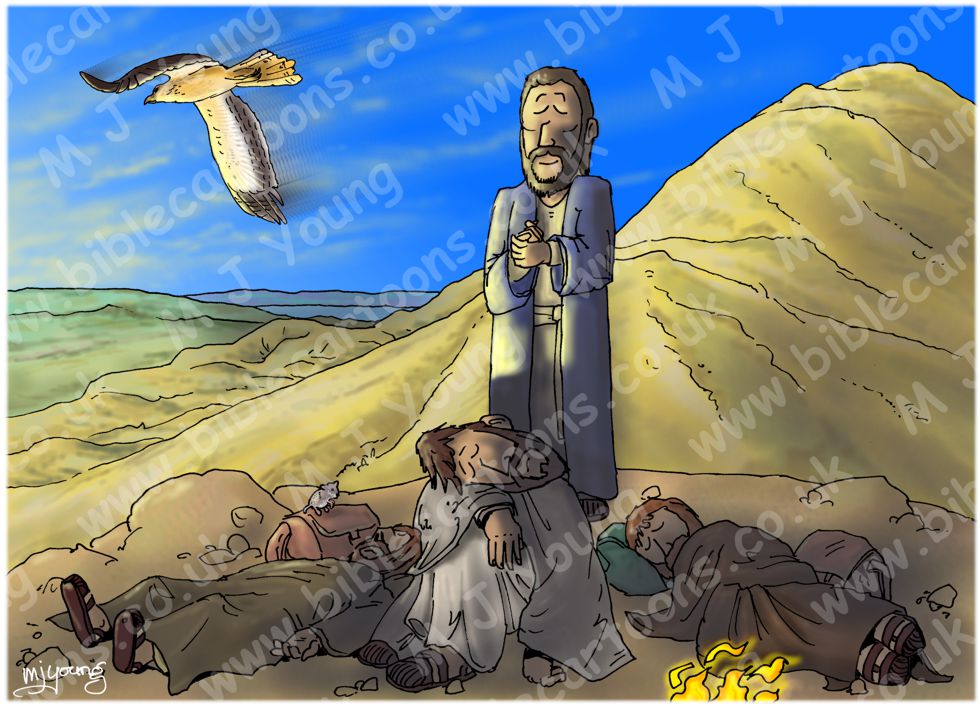 Luke 9:29a (ANIV)
As he was praying, [the appearance of his face changed, and his clothes became as bright as a flash of lightning.]

Sunrise: natural sunlight & camp fire. Note, the view seen here is looking south west, therefore the sun is on the left & out of direct view.

I deliberately set Jesus & the 3 disciples here, so that mt. Hermon was in the cartoon, with a view that includes the Sea of Galilee (behind & to the left of Jesus, in the far background) to help the viewer orient themselves.

Research helped me to identify a suitable bird to put in the sky: the Bonelli’s Eagle is found in & around mount Hermon.

Technical note: I have used the Photo Paint “motion blur” effect for the first time i this scene – which gives the eagle a lovely sense of movement.