Bible Cartoon: Luke 09 - The Transfiguration - Scene 01 - Up the mountain 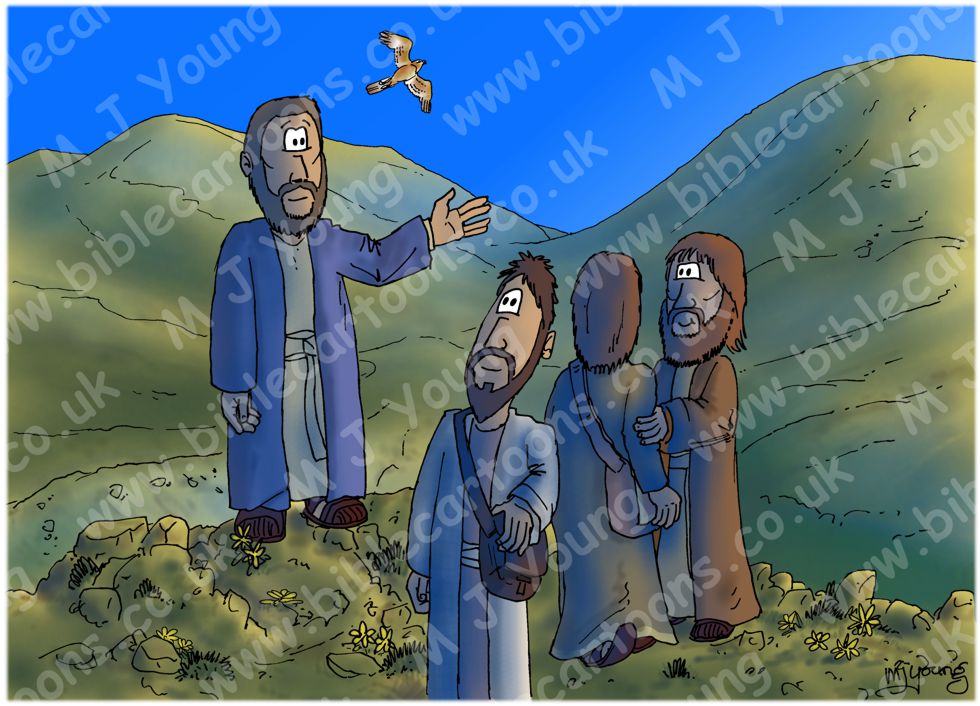 Luke 9:28 (ANIV)
About eight days after Jesus said this, he took Peter, John and James with him and went up onto a mountain to pray.

TIME OF DAY:
Before sunrise.

CHARACTERS PRESENT:
Scene 01 – Up the mountain – Jesus, Simon/Peter, James (son of Zebedee), John (son of Zebedee), Bonelli’s Eagle
Jesus is gesturing up towards the mountain, their final destination. Jesus often went out alone, or with a few of his disciples to pray & commune with God the Father. Simon/Peter, James & John appear to have been particularly close disciples of Jesus.

Tragopogon buphthalmoides (the yellow flower) is a common perennial herb on Mt Hermon.

Research helped me to identify a suitable bird to put in the sky: the Bonelli’s Eagle is found in & around mount Hermon.