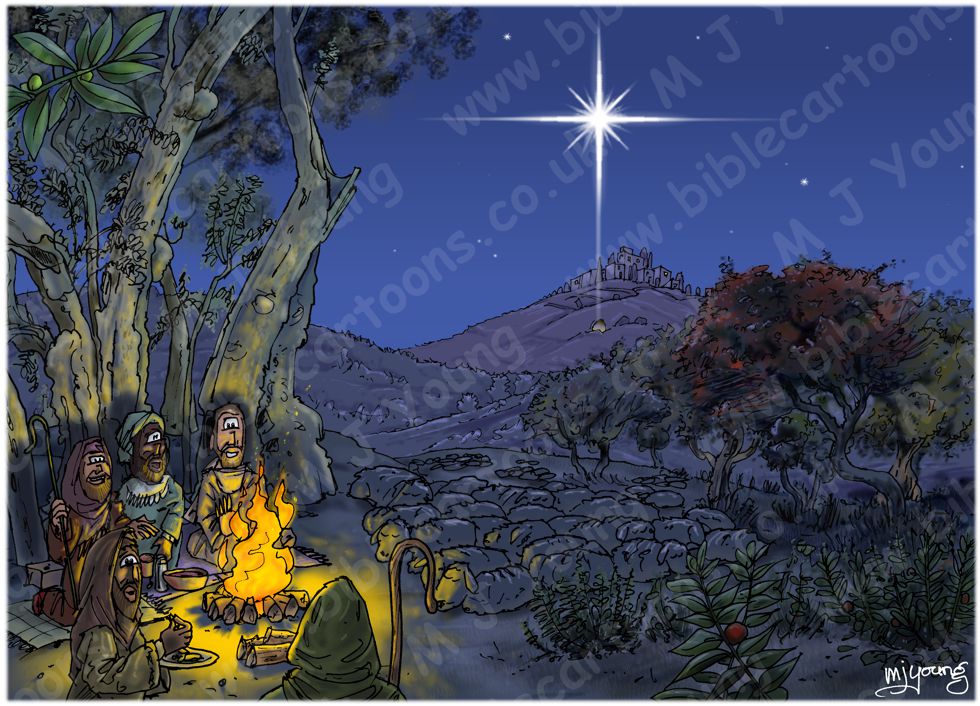 Luke 2:8 (NLT)
That night some shepherds were in the fields outside the village, guarding their flocks of sheep.

LIGHTING NOTES:
The stars in the & particularly the bright one over the cave near Bethlehem provides the cool blue light of this scene. In contrast to that is the warm yellow/red glow of the shepherd’s camp fire. You can see highlights of that warm glow on the figures, sheep, trees & surrounding ground.

RESEARCH/ADDITIONAL NOTES:
I am very pleased with the way this scene has come out. The warm fire glow which illuminates the shepherds & their sheep, contrasts wonderfully with the cool blue white star light.

I looked for photographs of a suitable view of Bethlehem on the internet for this scene. The photo I found shows the modern city, which is indeed built on a hill. My version of Bethlehem is as a large village or small town, since I believe there were far fewer people living in the place in first century Palestine/Israel than there are now.