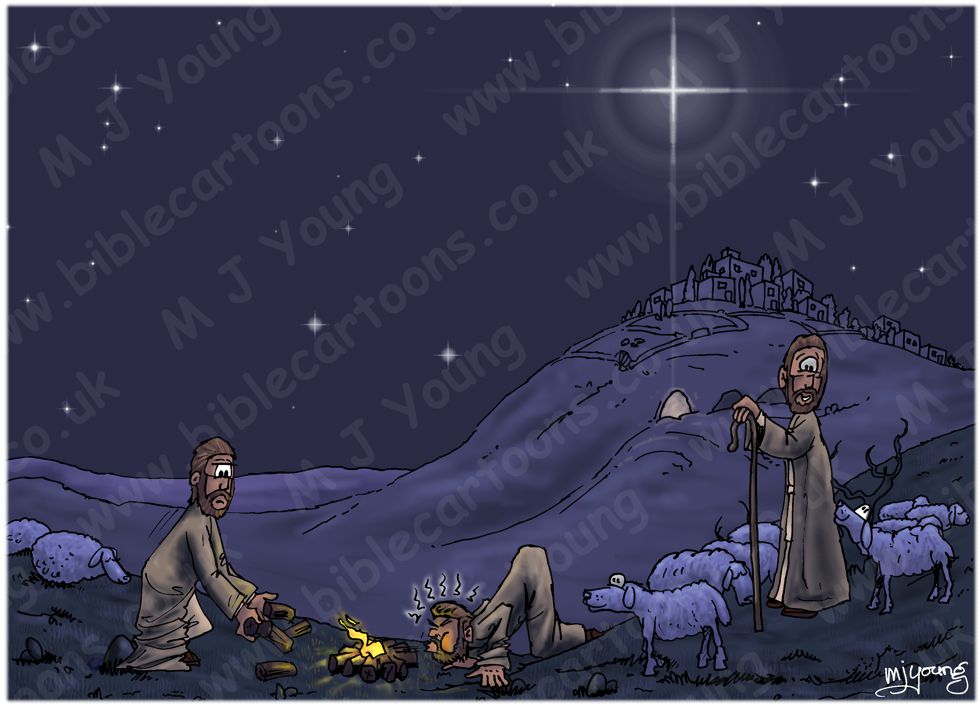 Luke 2:8 (NLT)
That night some shepherds were in the fields outside the village, guarding their flocks of sheep.

LIGHTING NOTES:
The stars (particularly the bright one over the cave near Bethlehem) provides the cool blue light of this scene. In contrast to that is the warm yellow/red glow of the shepherd’s camp fire. You can see highlights of that warm glow on the figures & surrounding ground.

RESEARCH/ADDITIONAL NOTES:
This scene derives its colours from Luke 02 – Nativity SET01 – Scene 04 – Shepherds & Angels. That scene was drawn in 2011, so I have had to simplify my drawing to keep in line with my style of that time!

I decided to have the large star beginning to shine. It is fully shining & very big & bright in the Scene 04 – Shepherds & Angels & Scene 05 – Angelic host Bible Cartoons.

I had a bit of fun with the middle shepherd, who is blowing like crazy to get their campfire going; notice his red cheeks!