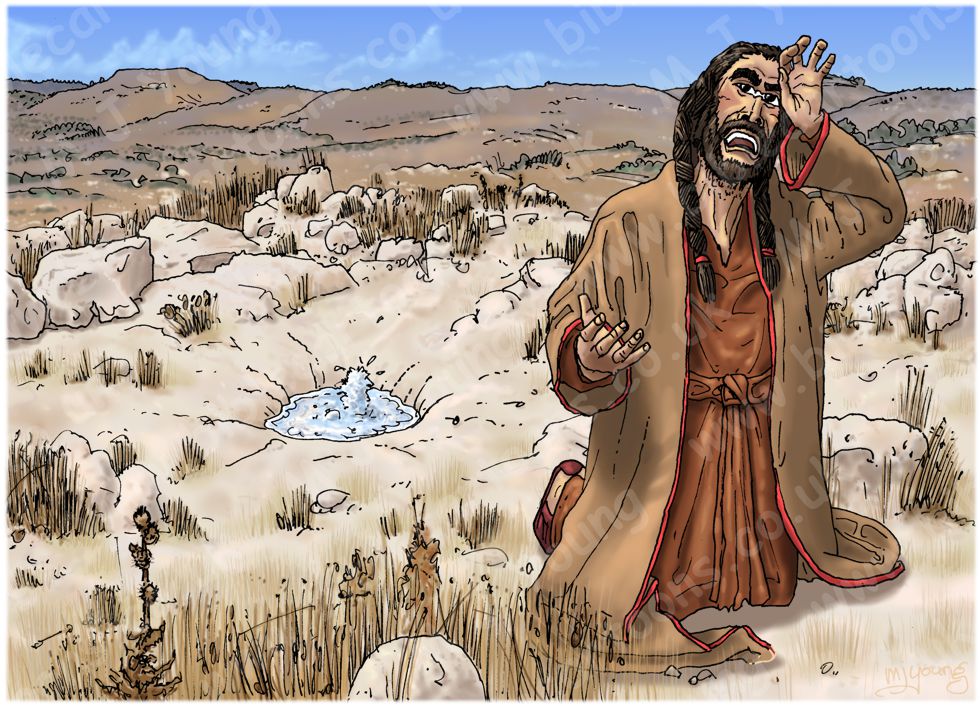 Judges 15:17-20 (ANIV)
17 When he [Samson] finished speaking, he threw away the jaw-bone; and the place was called Ramath Lehi. [1]
18 Because he was very thirsty, he cried out to the Lord, “You have given your servant this great victory. Must I now die of thirst and fall into the hands of the uncircumcised?” 19 Then God opened up the hollow place in Lehi, and water came out of it. When Samson drank, his strength returned and he revived. So the spring was called En Hakkore, [2] and it is still there in Lehi.
20 Samson led [3] Israel for twenty years in the days of the Philistines.

TIME OF DAY:
The Bible doesn’t specify the time of day. Since this scene directly follows the previous one, the time is late morning.

LIGHTING NOTES:
There is sunlight used in this scene, coming from above & slightly to the left, casting short shadows to the right of the figure & objects.

RESEARCH/ADDITIONAL NOTES:
This scene shows Samson exhausted after his combat with the Philistines, kneeling down in the limestone landscape of Ramath Lehi. As the Bible verses above state, Samson was pleading, or crying out to the Lord God for a drink of water after he killed 1000 Philistine men. As verse 19 explains, “God opened up the hollow place in Lehi, and water came out of it.” You can see the water spring starting to fill the depression in the limestone rocks behind Samson in my picture. Because the place was hollow it was capable of holding water. The “hollow place” is an English translation of the word mak?teš, which literally means “mortar,” i.e. a basin. The place where Samson’s strength was restored was called En Hakkore (“spring of the caller”) which was still in existence when the book of Judges was written.

I found some photographs of Ramath Lehi on the internet, and recognized that the area has an underlying limestone geology. I decided to make all the plants, grasses and thistles (see left foreground) look brown and parched, to echo Samson’s one condition at this point in the narrative. 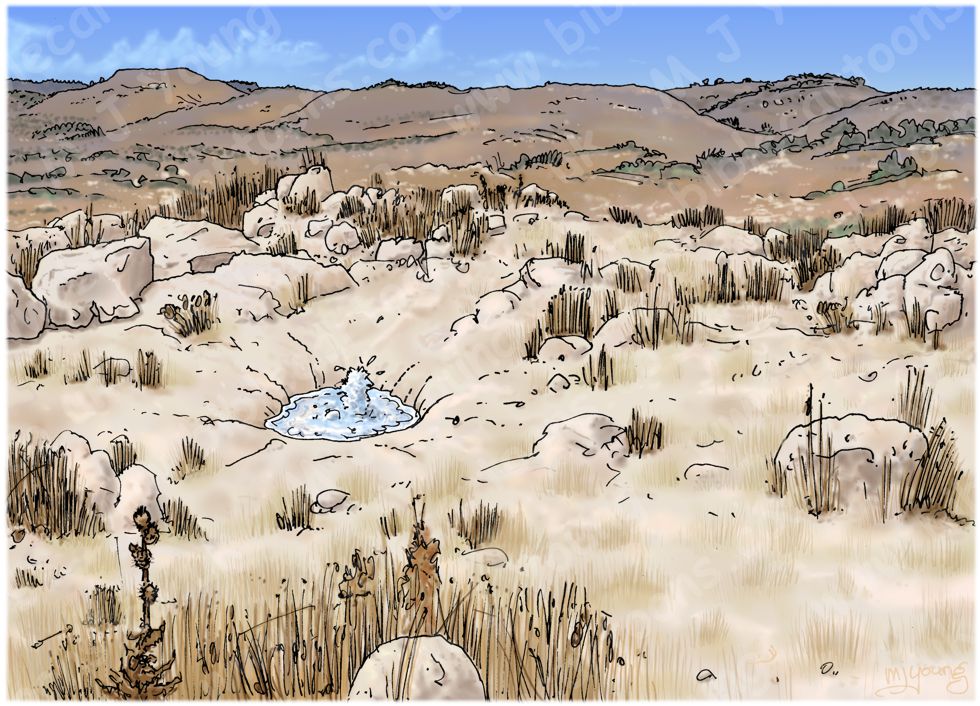