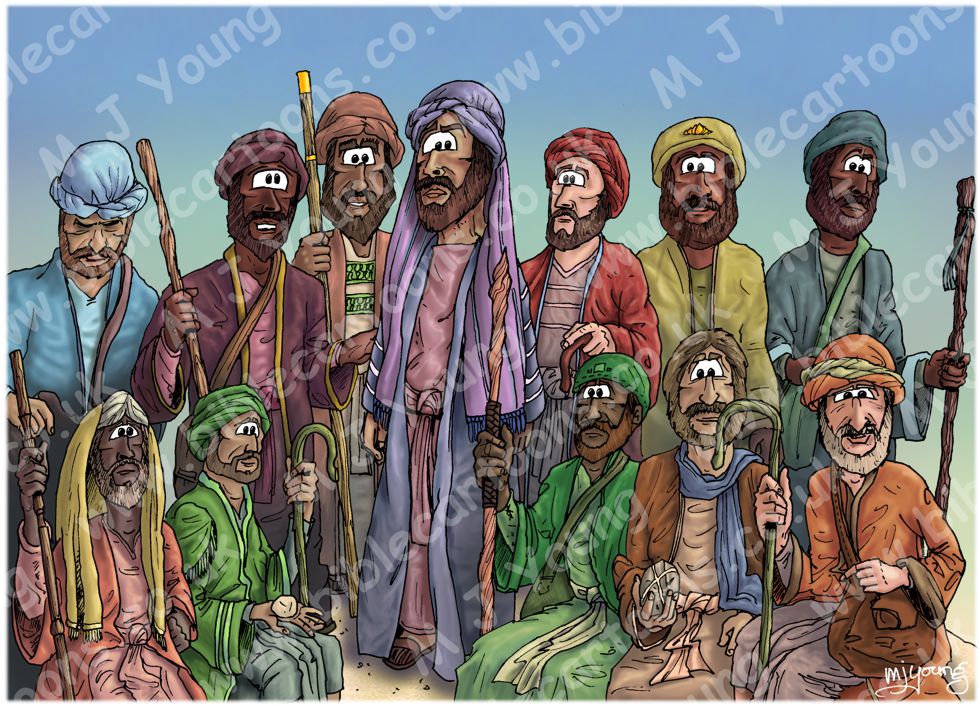 Joshua 3:6-13 (ANIV)
6 Joshua said to the priests, “Take up the ark of the covenant and pass on ahead of the people.” So they took it up and went ahead of them.
7 And the Lord said to Joshua, “Today I will begin to exalt you in the eyes of all Israel, so that they may know that I am with you as I was with Moses. 8 Tell the priests who carry the ark of the covenant: ‘When you reach the edge of the Jordan’s waters, go and stand in the river.’ “
9 Joshua said to the Israelites, “Come here and listen to the words of the Lord your God. 10 This is how you will know that the living God is among you and that he will certainly drive out before you the Canaanites, Hittites, Hivites, Perizzites, Girgashites, Amorites and Jebusites. 11 See, the ark of the covenant of the Lord of all the earth will go into the Jordan ahead of you. 12 Now then, choose twelve men from the tribes of Israel, one from each tribe. 13 And as soon as the priests who carry the ark of the Lord—the Lord of all the earth—set foot in the Jordan, its waters flowing downstream will be cut off and stand up in a heap.”

LIGHTING NOTES:
The light from the sun (on the right) is the chief source of illumination in this scene.

RESEARCH/ADDITIONAL NOTES:
Although there are twelve men mentioned in verse 12 the Bible does not record their names or what they looked like, although we do know that they each represented one of the 12 tribes of the Hebrew people.

Some of the men carry wooden staves [plural of wooden staff] or rods, which is my way of illustrating that these are notable men.

I decided to keep the background very simple (just using a 3 colour blend) as there is a lot of detail, colour & tonal contrasts going on in this scene & a complicated background might distract the viewer from the subjects of the scene.


Bible Doctrine Notes
3:7-17 REVELATION, Events (3.21A)
A new generation needs new, God-chosen leadership. God installed Joshua in the office (see Numbers 27:12-23; Deuteronomy 1:38; 3:28; 31:1-8,14-15:23; 34:9; Joshua 1:1-9). God first confirmed Joshua’s calling through a private promise of His presence, and then publically through the divine action allowing the Hebrew nation to cross the river Jordan. We see here God’s words and actions combining to validate Joshua’s office of leadership. We also see a revelation of God’s power as the only “living God” (verse 10). History often reveals God’s message through specific meaningful events, which can only be correctly interpreted by reference to God’s revealed character, nature and purpose.

3:10-13 GOD, Living (1.12A)
The Hebrew word chay meaning alive, living, fresh, strong, is followed by the Hebrew word êl meaning, in this case, God, the one true God, Jehovah. Thus we have the translation “living God”.

Joshua reminded the Hebrew people that their living God was entirely different from all other foreign idols. God leads His people and demonstrates His power for all to see. In this case, when the ark of the covenant (the symbol of the presence of God) was carried into the river, the waters parted, allowing the Hebrew people to cross over on dry ground. This echoed and acted as a vivid reminder to a new generation, of the Red Sea crossing in the Exodus from Egypt. God’s people need to remember that He is a living God, actively involved in providing for the needs of His people when they are faithful to Him. He is not just an idea in a human mind, given form by an artisan’s handiwork, such as the idols of other nations were and are. Nor is He an underlying principle or force of nature, such as gravity. He is alive and personal with awareness of what is going on and with the power to work in His world.