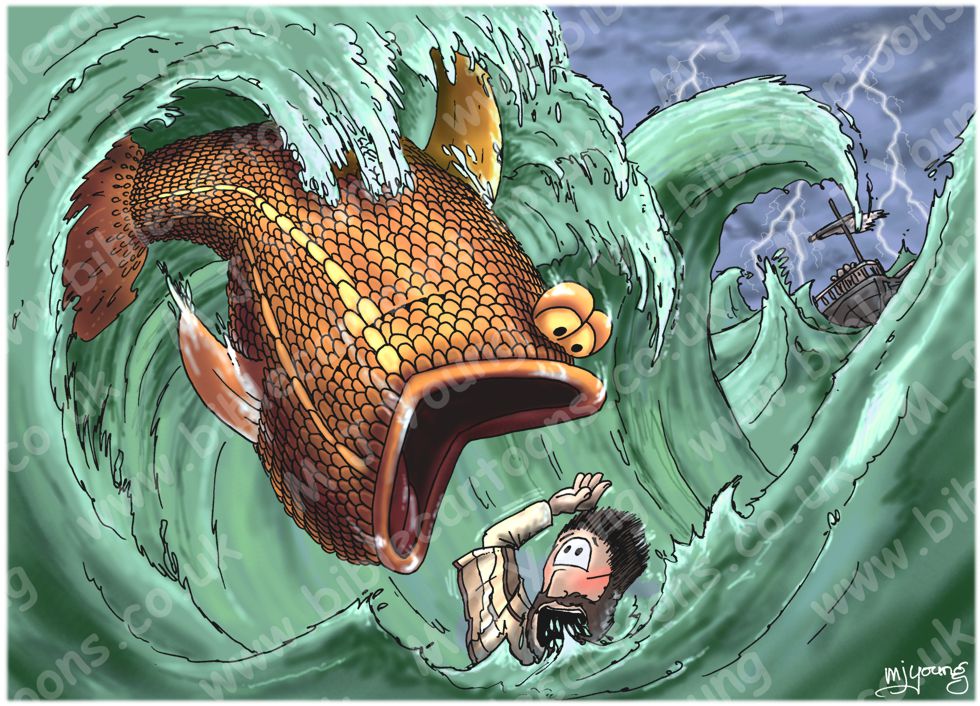 Jonah 1:17 (NLT)
Now the LORD had arranged for a great fish to swallow Jonah. And Jonah was inside the fish for three days and three nights.

TIME OF DAY:
Indeterminate, due to storm.

CHARACTERS PRESENT:
Jonah swimming, having been thrown overboard from the ship which is fast disappearing into the distance.

RESEARCH/ADDITIONAL NOTES:
This is the second of three colour/tone variations of this scene: 1) The night version, 2) The Green version & 3) The Blue version.

Notice I have put seaweed in Jonah’s hair, which is referred to in Jonah’s prayer, inside the fish, in Jonah 2:5.

I decided not to show the “great fish” as a whale, as some other illustrators have depicted it. Nor did I want to show a shark, which might have frightened my younger viewers. I decided to keep a more humourous theme by having a giant goldfish swallow Jonah!