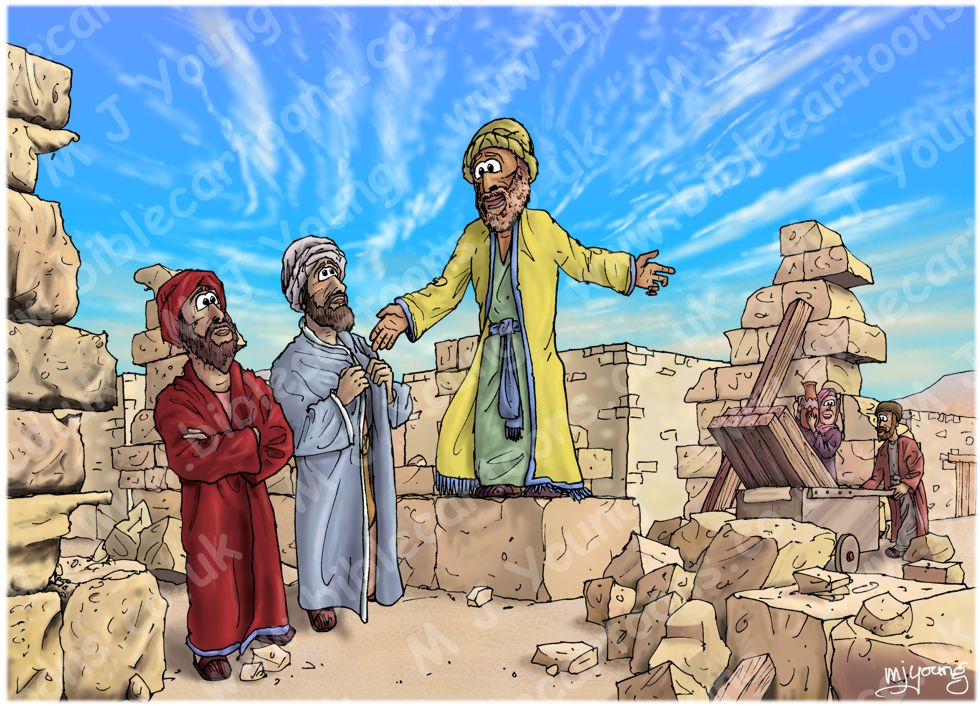 TIME OF DAY:
Not specified in Bible, I have set this scene mid morning.

LIGHTING NOTES:
The sun (behind & to the right of the viewer) provides simple lighting for this scene.

RESEARCH/ADDITIONAL NOTES:
Apparently Haggai translates as “festive”, so I was keen to pick up on that image & make my character seem
cheerful & jovially celebratory, hence his brightly coloured clothes. I was keen to show Zerubbabel in a rich outer robe (red) in my picture too. Joshua son of Jehozadak is clothed in more muted grey-blues, befitting his serious role of high priest.

This scene is set in about 520 b.c. during the first wave of exiles to return to Jerusalem, under Zerubbabel.

The Book of Malachi was probably written in Nehemiah’s time.

01) The harvest of figs, grapes, and pomegranates was in the sixth month, and
02) There may have been a period of planning & gathering together of the materials needed to start the work. This 2nd point would certainly be borne out from what the Lord said in verse 7 & 8, “This is what the Lord Almighty says: “Give careful thought to your ways. 8 Go up into the mountains and bring down timber and build the house, so that I may take pleasure in it and be honoured,” says the Lord.” 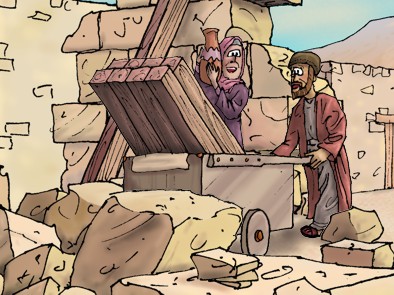 View all Bible Cartoons in Haggai Go to Search by Bible Book page Do I need High or Medium qlty cartoons? FAQ’s