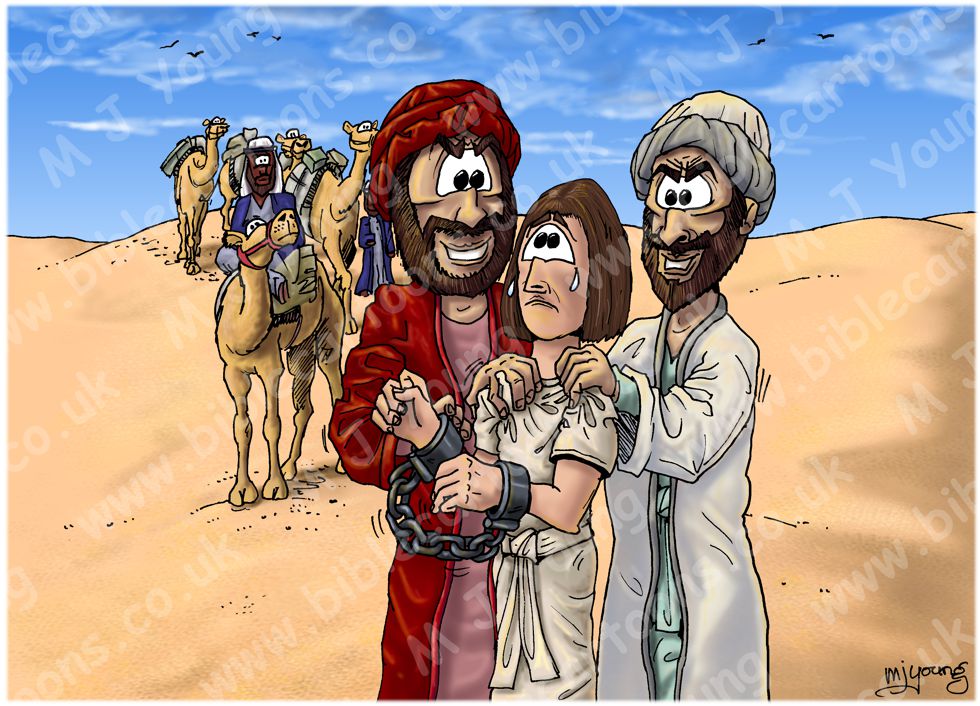 CHARACTERS PRESENT:
Joseph (in chains) with two of his brothers, Simeon & Levi.
Ishmaelites on camels in the background.

02) (This page) Genesis 37 – Joseph sold into slavery – Scene 04 – Joseph Sold (no skull).
The only difference between these two versions is the inclusion of a human skull in the first one. I thought I’d remove it for viewers/customers wanting to use this scene for children’s work.

This scene was originally designed as one of my “Bad Day” mugs, but I thought it could also be used as a Bible Cartoon. 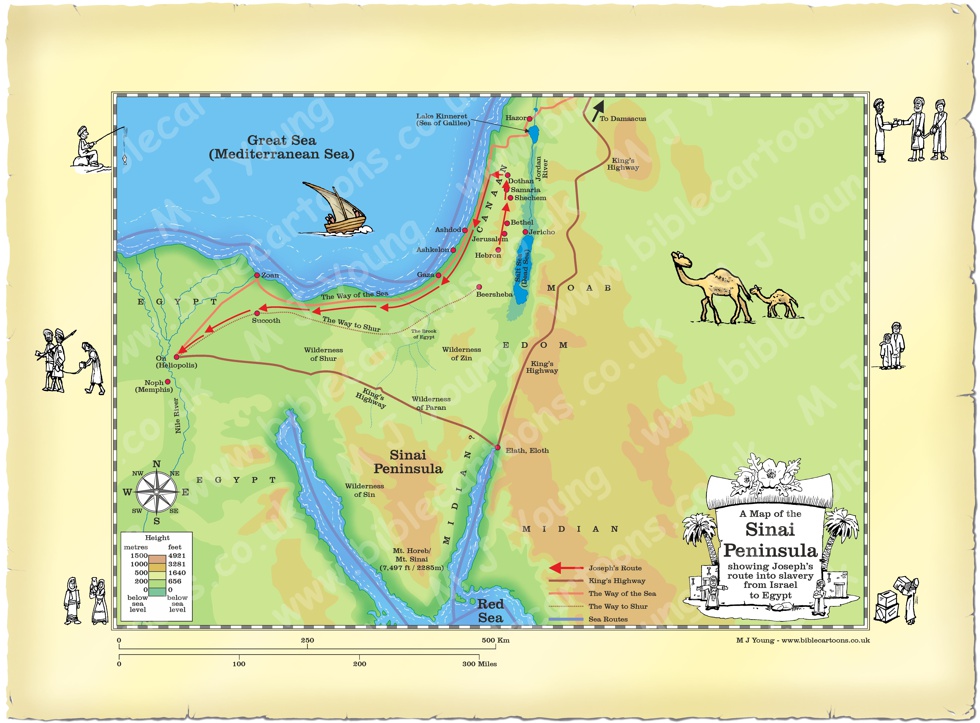 Link to related Map
Click blue bar below to see Map of Sinai with Joseph’s route into slavery marked, with purchase option:
View/Buy this map

Links to articles
Click here to read the article which describes how I designed the 12 tribal banners.

Encyclopaedia article: Jacob’s sons – Who’s who?! – Clothing notes
This article describes how I designed the clothing of the 12 sons of Jacob.

Blog Article: Jaco’s sons – who’s who?
This Blog article describing the 12 sons of Jacob as it first appeared in the BC blog.