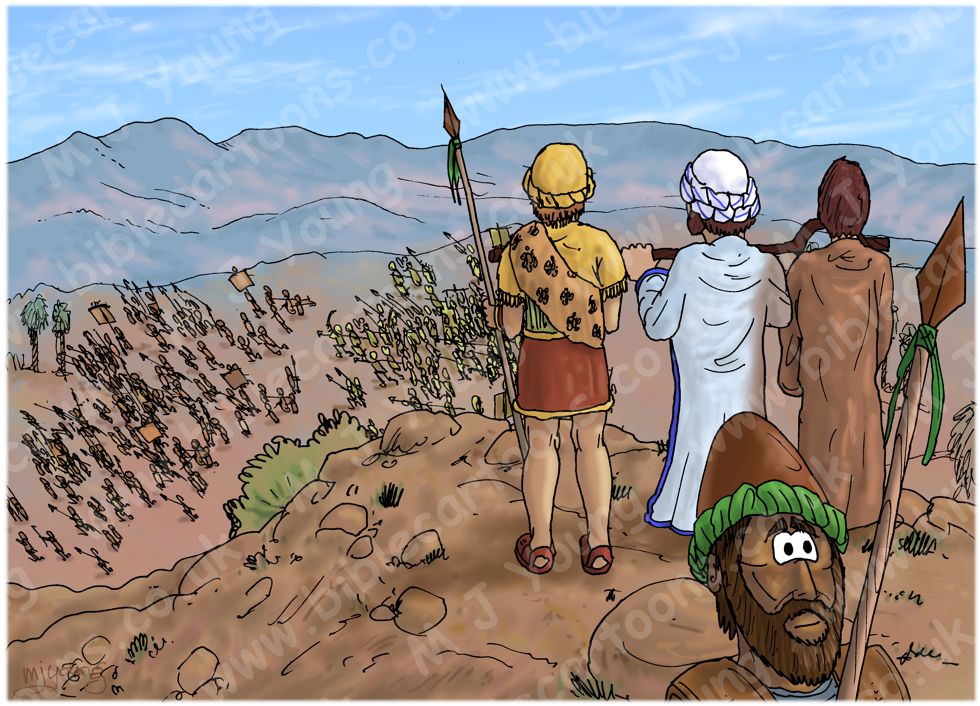 TIME OF DAY:
Unspecified in the Bible narrative, I have set this scene in the late morning.

LIGHTING NOTES:
The sun (high in the sky & unseen on the right) is illuminating this scene, and casting shadows to the left of figures and objects.

CHARACTERS PRESENT:
Left to right, on the hilltop (in the foreground): Hur, Moses (with the staff lowered) & Aaron. One guard/soldier.
In the background we can see the Israelites (in brown coloured robes) running to the left (in defeat), & the Amalekites (predominantly in light yellow/green robes) running towards them (in victory).

RESEARCH/ADDITIONAL NOTES:
This scene is very similar to the previous one, the only differences are the positions of Moses’ hands & the position on the battlefield. Moses probably grew tired quite quickly, after all, it is difficult to keep your hands up in the air, & even more so if you are holding something up like a staff!