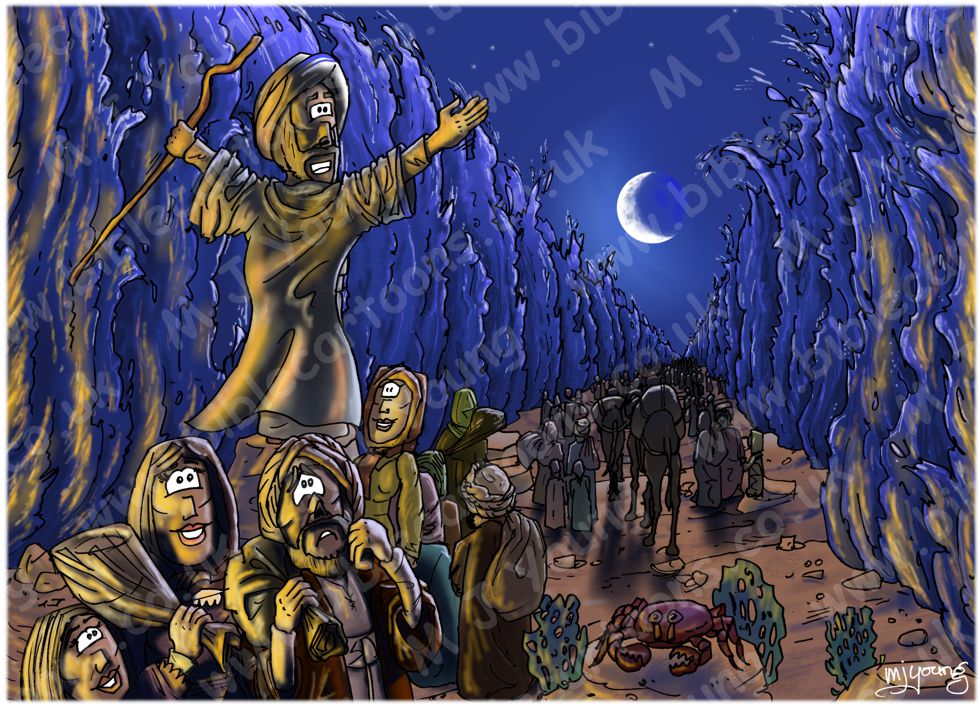 Exodus 14:22 (ANIV)
… and the Israelites went through the sea on dry ground, with a wall of water on their right and on their left.

TIME OF DAY:
Verse 21 tells us that these events happened at night.

LIGHTING NOTES:
The moon casts a cool, blue light into the scene, which is contrasted with the yellow/orange glow coming from the pillar of cloud/fire, which is behind the viewed. The moon light & fire light is reflected in the sea water which is parted by the power of God. It can also be seen on the faces & clothes of the figures.

CHARACTERS PRESENT:
Moses (holding staff on top of rock), various Hebrew people, walking past him, towards the horizon.
A crab can be seen on a rock, with coral, in the right foreground.

This scene has Egypt behind the viewer, & Sinai & the promised land ahead.

Exodus 12:34 tells us, “The Israelites took their bread dough before yeast was added. They wrapped their kneading boards in their cloaks and carried them on their shoulders.” You can see a woman carrying her kneading board/bread on her shoulder in the bottom left of this scene.

I am very pleased with the light effect in this illustration.

This is the second (later) version of this scene, set at night, as the Bible informs us!