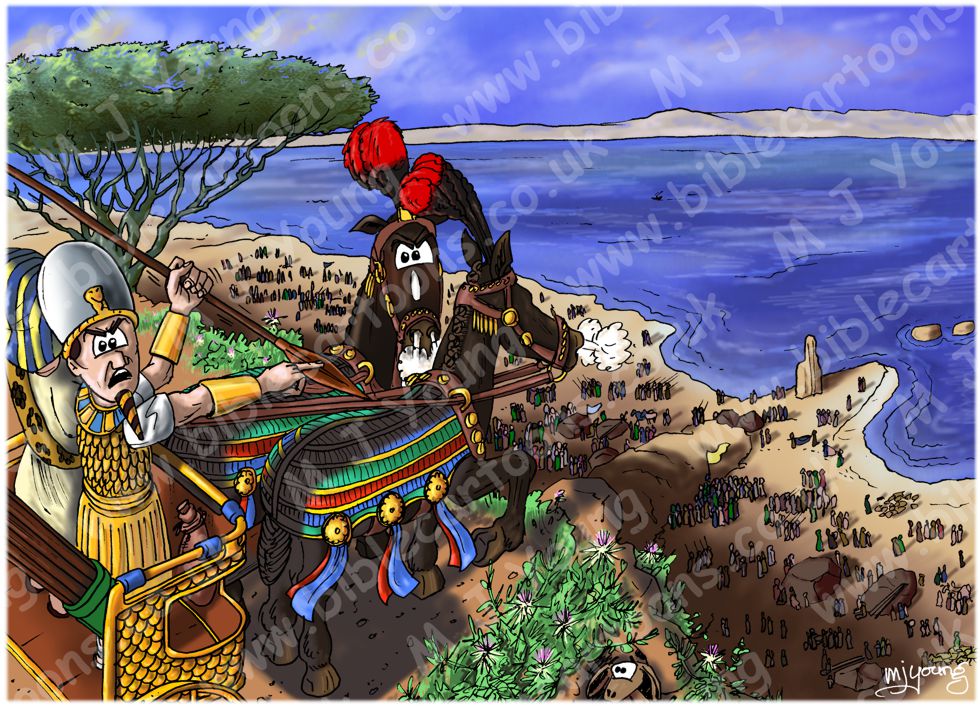 Exodus 14:9 (ANIV)
The Egyptians—all Pharaoh’s horses and chariots, horsemen [1] and troops—pursued the Israelites and overtook them as they camped by the sea near Pi Hahiroth, opposite Baal Zephon.

TIME OF DAY:
Afternoon, with the sun starting to set on the left of the picture.

LIGHTING NOTES:
There is a single source of light for this scene, the setting sun, behind and to the left of this scene.

CHARACTERS PRESENT:
Pharaoh pointing at the Hebrew people on the beach below and his chariot driver. The rest of Pharaoh’s army is behind him, out of this scene.

RESEARCH/ADDITIONAL NOTES:
This scene is set by the Red Sea. Egypt is behind & to the left of the viewer.
The bush behind Pharoah’s chariot to the left of the scene is Acacia tortilis (Umbrella Thorn Acacia or Israeli Babool.)
The spiky plant in the foreground is Centaurea calcitrapa (Red Starthistle or Purple starthistle)
Notice the rabbit looking worried at the entrance to its burrow in the foreground!