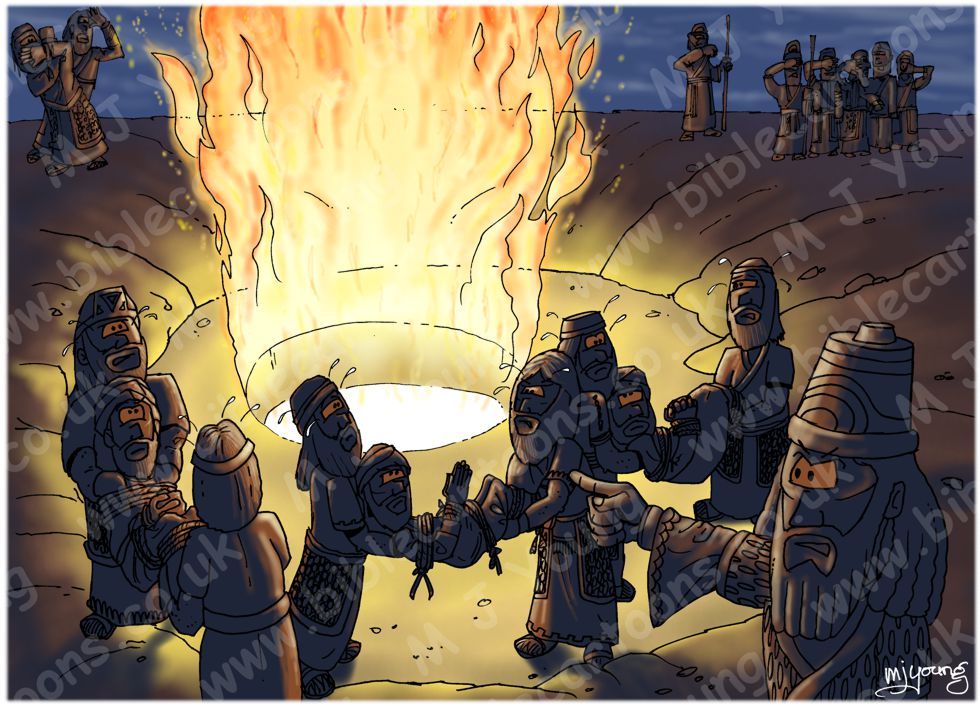 Daniel 3:20-21 (NLT)
20 Then he [king Nebuchadnezzar] ordered some of the strongest men of his army to bind Shadrach, Meshach, and Abednego and throw them into the blazing furnace. 21 So they tied them up and threw them into the furnace, fully clothed.

TIME OF DAY:
The scriptures do not tell us what time of day this story occurs. I have made it early evening, with a darkening sky, in order to make the lighting of the scene more dramatic.

LIGHTING NOTES:
The flames form the furnace provide the main light source for this scene.

CHARACTERS PRESENT:
Nebuchadnezzar (on the right of the cartoon, pointing towards the flames), the 3 Hebrew men Hananiah, Mishael, and Azariah who were renamed by their Babylonian captors: Shadrach, Meshach, and Abednego. There are also the 6 worried looking men, who are carrying the 3 Hebrews towards the fire. Depending on which translation of the bible you read they are called “men” or “soldiers.” In either case, they are looking worried because, as verse 22 points out: ‘And because the king, in his anger, had demanded such a hot fire in the furnace, the flames leaped out and killed the soldiers as they threw the three men in!’
There are also 8 Babylonian men looking at the scene from the background. Notice they have their hands up to shield themselves from the intense heat of the furnace.

RESEARCH/ADDITIONAL NOTES:
The fiery furnace of this story could have been a brick kiln, or an open topped blast furnace. I have elected to show the latter. This type of furnace would be in constant use, since the Babylonians disposed of their dead by cremation. In my cartoon the action takes place on the top of the furnace. The 3 Hebrew men, bound with ropes, are being carried to (and about to be thrown into) the circular opening of the furnace. 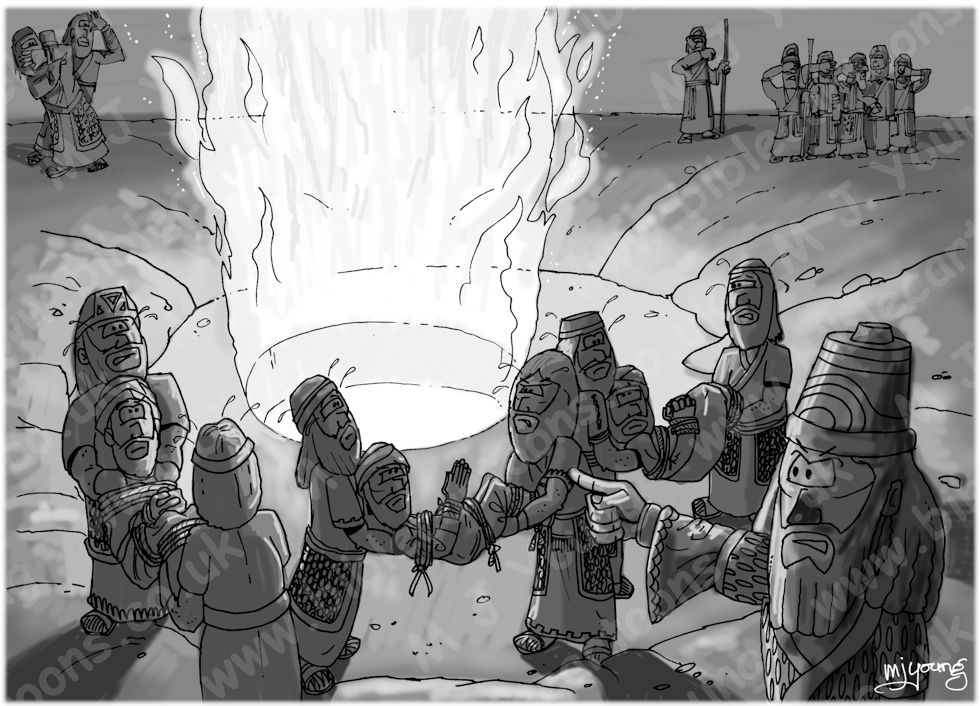 Here’s a close-up of one of the prisoners just about to be thrown into the furnace. 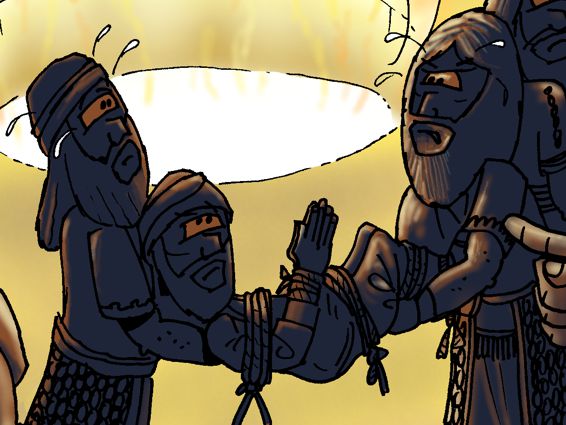