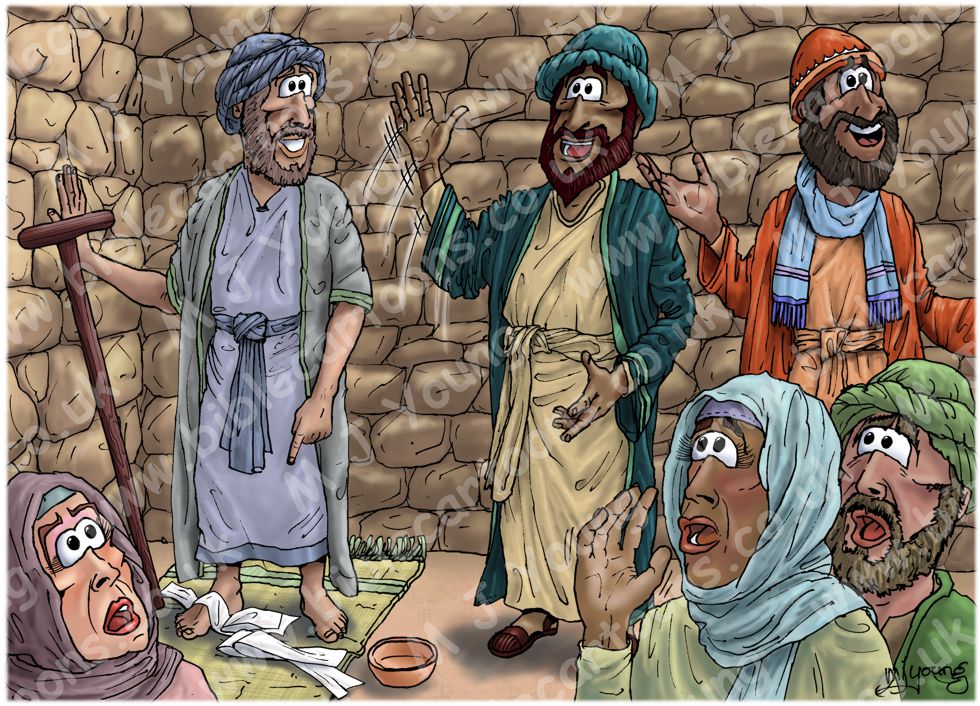 Acts 14:8-10 (NLT)
8 While they were at Lystra, Paul and Barnabas came upon a man with crippled feet. He had been that way from birth, so he had never walked. He was sitting 9 and listening as Paul preached. Looking straight at him, Paul realized he had faith to be healed. 10 So Paul called to him in a loud voice, “Stand up!” And the man jumped to his feet and started walking.

TIME OF DAY:
Unspecified in scripture. I have set the time of day as late morning.

LIGHTING NOTES:
Sunlight (from above right) illuminates this scene.

CHARACTERS PRESENT:
The man having just been healed from his crippled feet is standing with his hand against the wall. In the middle of the scene is Paul (in green outer robe) with Barnabas (in orange) to the right.
In the foreground are three unnamed people.

RESEARCH/ADDITIONAL NOTES:
This scene was designed for New Wine 2015, it depicts God healing the man of his lameness, through Paul & Barnabas, in Lystra.

Lystra was a Roman colony in what is now the country called Turkey.