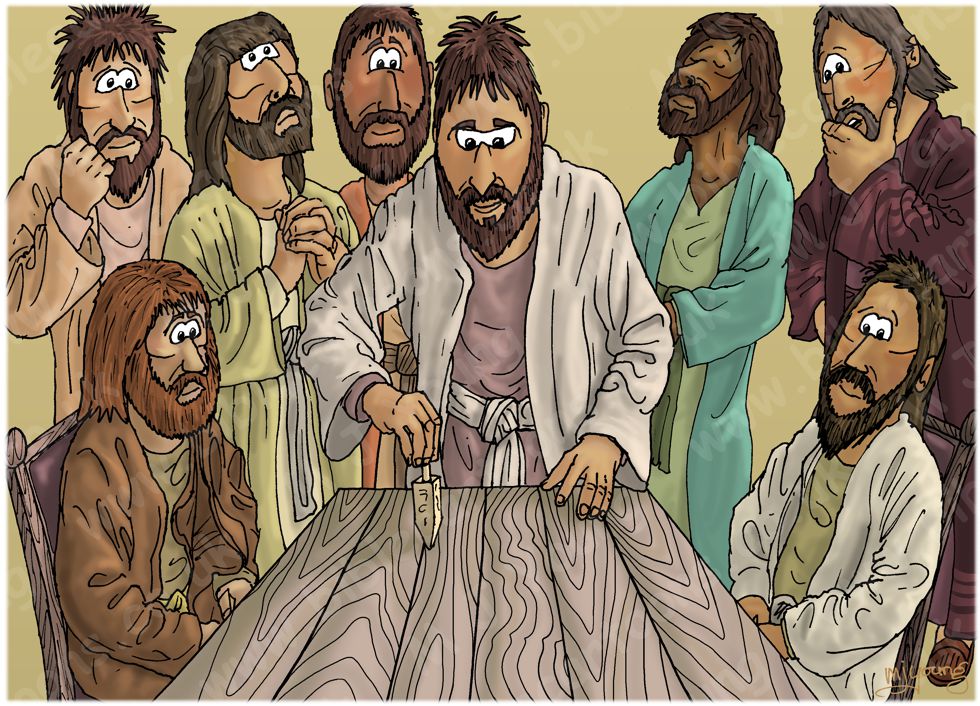 Acts 1:21-26 (ANIV)
21 [Peter continued saying] Therefore it is necessary to choose one of the men who have been with us the whole time the Lord Jesus went in and out among us, 22 beginning from John’s baptism to the time when Jesus was taken up from us. For one of these must become a witness with us of his resurrection.”
23 So they proposed two men: Joseph called Barsabbas (also known as Justus) and Matthias. 24 Then they prayed, “Lord, you know everyone’s heart. Show us which of these two you have chosen 25 to take over this apostolic ministry, which Judas left to go where he belongs.” 26 Then they cast lots, and the lot fell to Matthias; so he was added to the eleven apostles.

TIME OF DAY:
Unspecified in Bible narrative. I have set this scene in the late morning.

LIGHTING NOTES:
This scene takes place inside a building, so only defused, reflected sunlight gently illuminates the figures from the right, casting vague shadows to the left.

RESEARCH/ADDITIONAL NOTES:
This is a simple scene, showing Simon/Peter casting a lot in order to decide who would replace Judas Iscariot as the twelfth apostle (since Judas has hanged himself).

Notice that Methias is keenly watching Simon/Peter spinning the wooden, top-like “lot” on the wooden table top, whilst Joseph/Barsabbas (Justus) is keenly praying with his eyes closed! Everyone else is intently watching the lot being cast by Simon/Peter!

Although casting lots is mentioned in the Bible (mostly I the Old Testament) nothing is known of the exact nature of this practice. Some Bible scholars think stones were used, or else pieces of wood, etc, rather like flipping a coin in order to make a decision. The primary reason for casting lots was to render an impartial, unbiased decision on important matters. Since the decision was not made by a person, but was a random act, once the lot was cast, no one could argue that the decision was the result of human intervention like nepotism, politics, favouritism, etc. Proverbs 18:18 states that “Casting lots causes contentions to cease, and keeps the mighty apart”, and so was used to prevent quarrels. An earlier Proverb (Proverbs 16:33) states “The lot is cast into the lap, but its every decision is from the Lord” so it was argued that the practice amounted to consulting God for the answer.

The record of the lot being cast in Acts 1 above is, in fact, the last reference to the practice ever made in the Bible. With the gift of the Holy Spirit at Pentecost, and with reference to prayer & fasting, it was seemingly no longer necessary to use a random mechanism like casting lots in order to secure an unbiased decision outcome.

Here is the scene with the figures named. 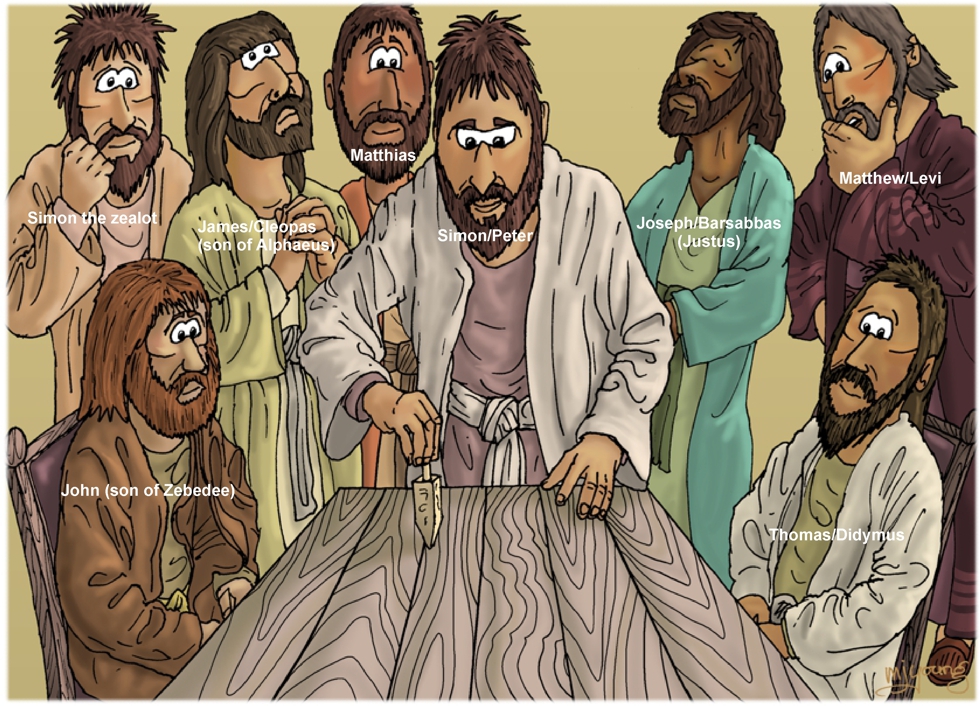