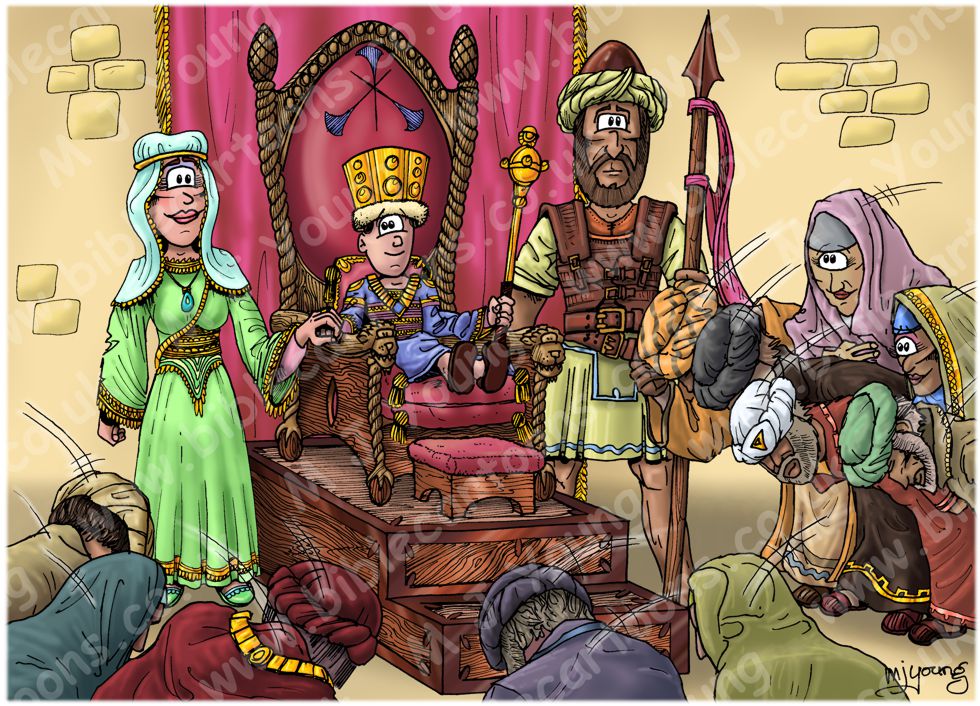 2 Kings 22:1-2 (NLT)
1 Josiah was eight years old when he became king, and he reigned in Jerusalem thirty-one years. His mother was Jedidah, the daughter of Adaiah from Bozkath. 2 He did what was pleasing in the Lord’s sight and followed the example of his ancestor David. He did not turn away from doing what was right.

TIME OF DAY:
Indeterminate from scripture.

LIGHTING NOTES:
This scene has simple lighting from the top left.

CHARACTERS PRESENT:
Eight year old Josiah (son of Zephaniah) is sitting on the throne, holding his mother’s hand.
Various court members & nobles are bowing to the newly made king.
There is a royal bodyguard (soldier) standing to the right of Josiah, holding a spear with a pennant on it.

RESEARCH/ADDITIONAL NOTES:
I really enjoyed drawing all the fine clothes in this scene & the ornate royal throne. Many of my characters are dressed in rather plain garb, so it is always nice to be able to design & depict royal robes of splendour for a change!

Notice the two lady courtiers or nobles on the right of the scene, who are bowing but sneaking a peek at the boy king!