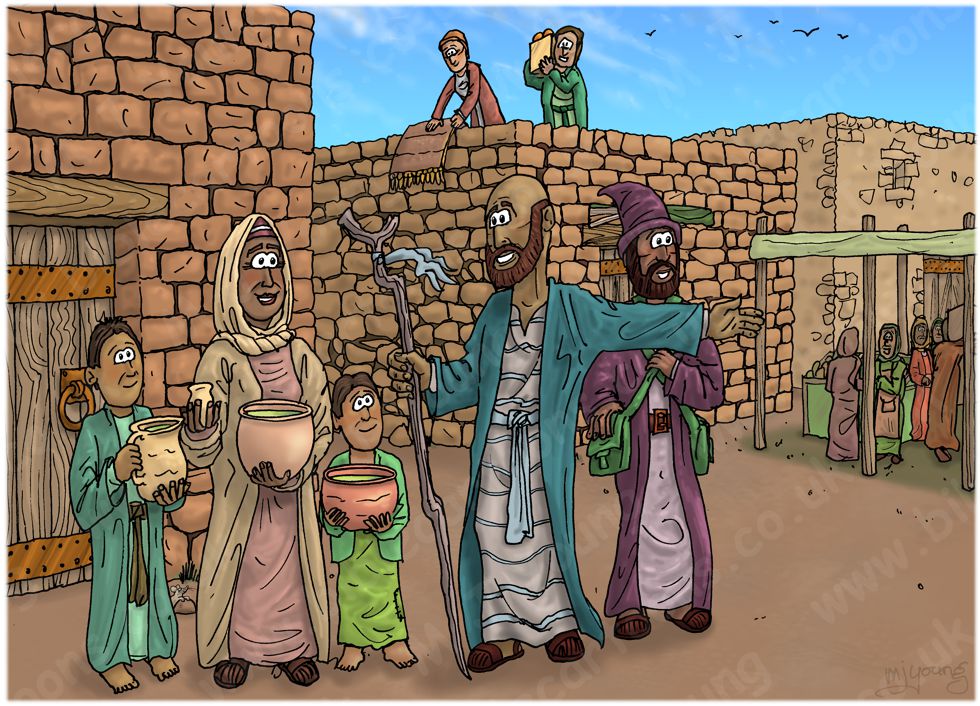 2 Kings 4:7 (ANIV)
She [The wife of a man from the company of the prophets] went and told the man of God [Elisha], and he said, “Go, sell the oil and pay your debts. You and your sons can live on what is left.”

TIME OF DAY:
The time of day is not specified in the Bible text above, I have set this scene in the mid to late morning, shortly after the previous scene.

CHARACTERS PRESENT:
From left to right: The un-named widow’s elder son. The un-named widow. The un-named widow’s youngest son. Elisha the prophet. Gehazi (Elisha’s servant).
On the rooftop are a couple putting out a carpet to air, & carrying a box of oranges.
Various people under the awning of the local village market.
One of the 3 mice from the previous scene is looking up at the widow from the ground between her & her eldest son!

RESEARCH/ADDITIONAL NOTES:
The widow and her two sons have come out of there house (behind them, on the left), and are holding large jars/jugs of oil. Notice that the widow is proudly holding her little jar of oil in her right hand, from which came all the many jars of oil her family now possess.

I have drawn a market place in the background, with stout wooden posts & a green canvas awning to provide shade to the stall holders & customers. Elisha is indicating the local market to the widow, where she can “Go, sell the oil and pay your debts.” There are various people at the market buying & selling fruit & other goods.

Notice one of the mice from the previous scene is looking up at the widow from between her & her tallest, eldest son!

Here is the scene without the figures in the foreground, on the roof, or in the covered market. 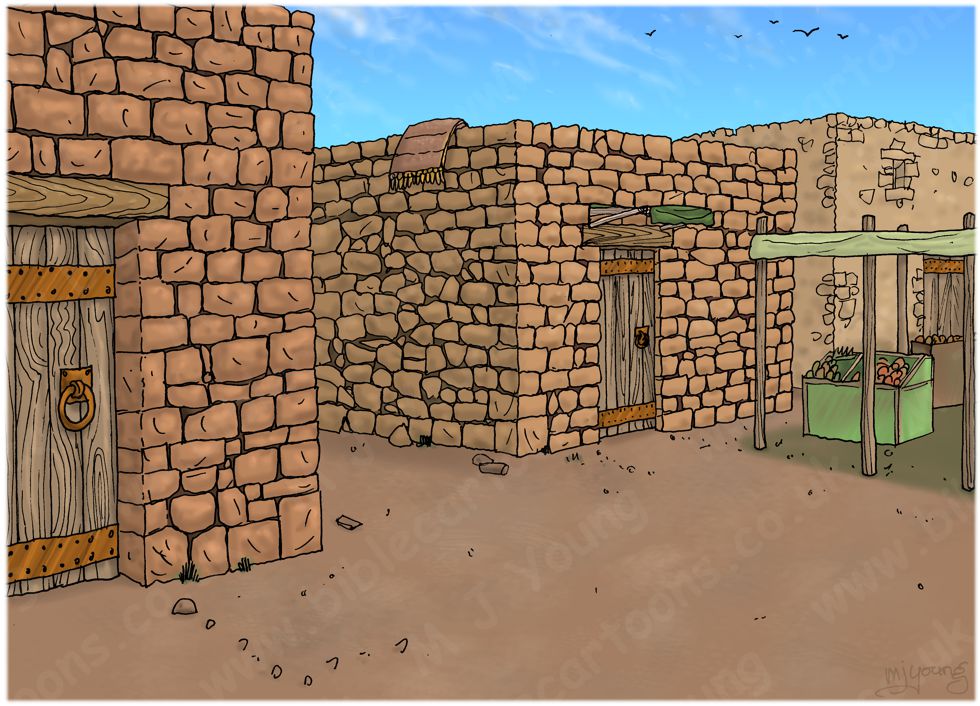