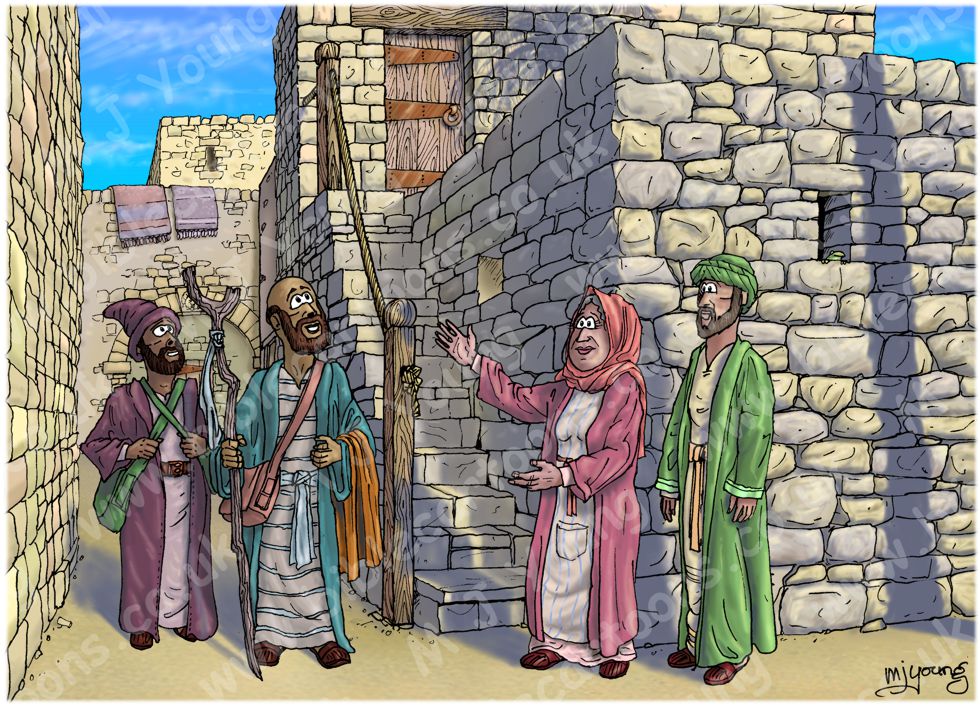 2 Kings 4:9-10 (ANIV)
9 She [the Shunammite woman] said to her husband, “I know that this man [Elisha] who often comes our way is a holy man of God. 10 Let’s make a small room on the roof and put in it a bed and a table, a chair and a lamp for him. Then he can stay there whenever he comes to us.”

TIME OF DAY:
Unspecified by Bible, I have mad it late afternoon.

LIGHTING NOTES:
The lowering sun is casting long shadows across the scene.

CHARACTERS PRESENT:
From left to right: Gehazi (Elisha’s servant), Elisha, The Shunammite woman & her husband.
There is a small green frog looking out of the window behind the man in green!

RESEARCH/ADDITIONAL NOTES:
This particular Shunammite woman is described as being well to do, or wealthy, but is otherwise unnamed & not described in the Bible. I first drew the woman in another scene (2 Kings 04 – Shunammite’s son resurrected – Scene 11 – Gehazi runs) in June 2012. I have used the features & clothing I established for her in that scene, in this present one, to aid continuity.

I enjoyed drawing the dark blue palm tree shadow on the buildings. That’s something new for me! 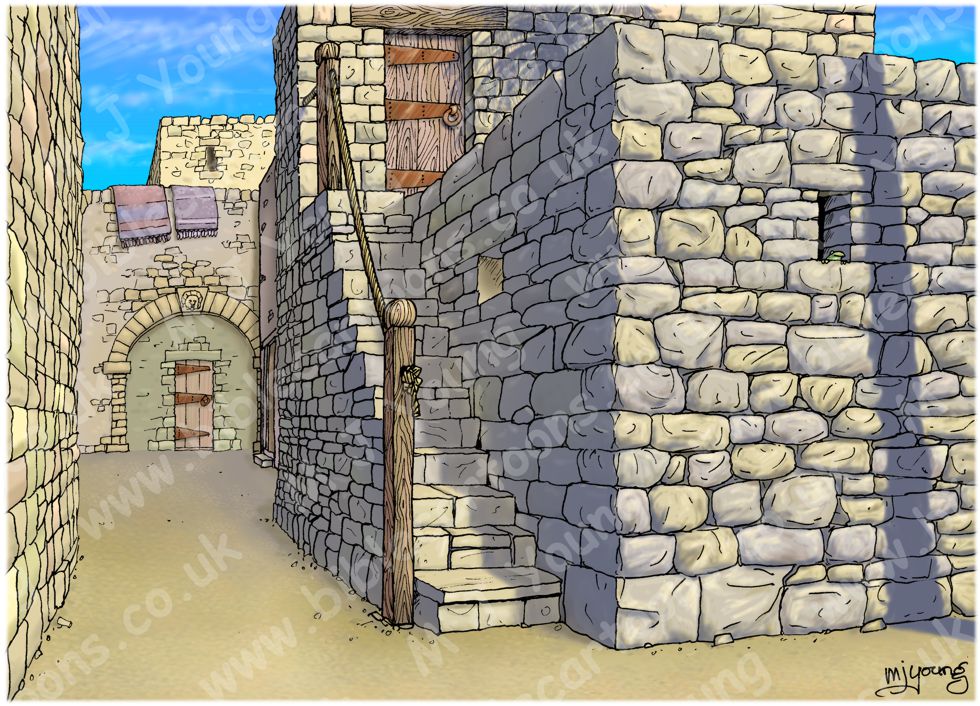 Scene without the figures, to show the features of the houses, walls, stairs, doors, etc
One feature you will often see in my pictures is a rug or two left to dry on the parapet wall of a stone building. There are two rugs airing in the background of this scene! 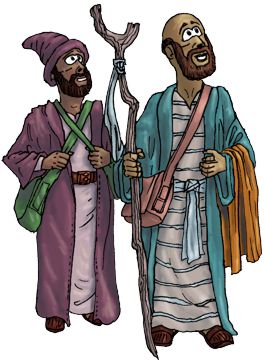