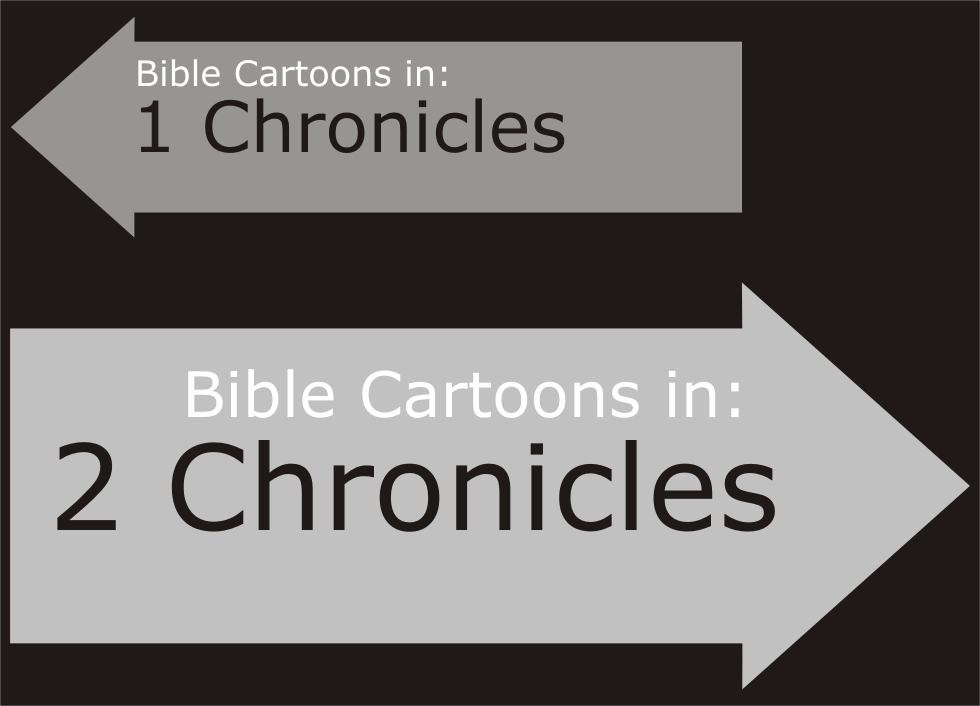 2 Chronicles
Book type: History
Author: Possibly the prophet Jeremiah, or Ezra.
No. of chapters: 36
Key character(s): God, Solomon, the Queen of Sheba, Rehoboam, Asa, Jehoshaphat, Ahab, Jehoram, Joash, Uzziah, Ahaz, Hezekiah, Manasseh, Josiah. [1]
Brief description: 2 Chronicles – The road to revival is open after disaster.
Theological outline:
01) Past glory was based on a wise, humble leader & devotion to God’s house (1:1-9:31)
02) God works through his people even in time of division (10:1-36:21)
03) God restored the hope of his people through an unlikely ruler who freed exiles to return home & restore God’s house of worship (36:22-23)

Does God forgive people and restore them to usefulness?
1 & 2 Chronicles provided renewed identity for God’s people in transition by reminding them of God’s holy & gracious work in the lives of his leaders. Renewed identity is based on 5 doctrines:
01) the nature of God.
02) the necessity of covenant commitment by his people.
03) the importance of worship.
04) the imperative of godly leadership.
05) the redemptive plan God is working through his people.
[Source: NIV Disciple’s Study Bible]

Second Chronicles, the companion book to 1 Chronicles, continues the history of the Hebrew people, from the reign of King Solomon to the captivity in Babylon.

The wisest and richest man on Earth, Solomon married many foreign wives, who led him into idolatry, squandering his inheritance. Second Chronicles records the reigns of the kings who followed him, some of whom destroyed the idols and high places, and others who tolerated worship of false gods.

God honored his covenant with David to establish David’s house, or reign, forever. Earthly kings could not do that, but one of David’s descendants was Jesus Christ, who now reigns in heaven for all eternity. Jesus, the “Son of David” and King of Kings, also served as Messiah, the perfect sacrifice who died for the salvation of humanity.

Through David and Solomon, God established his temple, where people could come to worship. Solomon’s temple was destroyed by the invading Babylonians, but through Christ, God’s temple was re-established forever as his Church. Now, through baptism, the Holy Spirit dwells within every believer, whose body is a temple (1 Corinthians 3:16).

Finally, the theme of sin, loss, coming back to God, and restoration runs throughout the second half of 2 Chronicles. Clearly God is a God of love and forgiveness, always welcoming his repentant children back to him.
[Source: http://christianity.about.com/od/oldtestamentbooks/fl/2-Chronicles.htm]

[1]
Fuller list of major characters in the book of 2 Chronicles:

View all Bible Cartoons in 2 Chronicles Go to Search by Bible Book page Do I need High or Medium qlty cartoons? FAQ’s