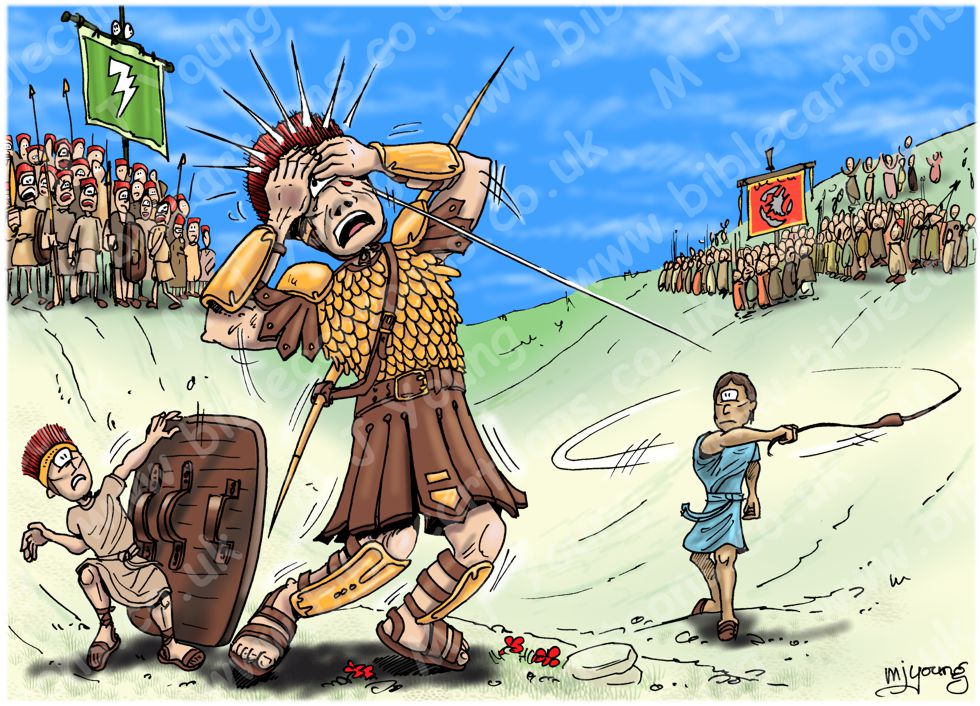 RESEARCH/ADDITIONAL NOTES:
This scene is based on the previous one, but shows the front of Goliath. We can see David’s sling stone has hit the giant on the forehead.


Bible Doctrine Notes
17:45-47 GOD, Sovereignty (1.15B)
The young shepherd boy David, armed with a sling and shot, killed Goliath, the heavily armed giant Philistine soldier. Throughout the unfolding story of the Bible, God used unlikely people, and moved in dramatic ways to make His sovereign power known to both Israel and the nations involved with it.

17:45-47 ELECTION, Israel (4.13A)
God fights for those who are elected to carry out His purposes on earth. David gave God the credit for his victory over Goliath and that victory verified David’s election as king. It also witnessed to God’s reputation among the nations, which is a major purpose of election.