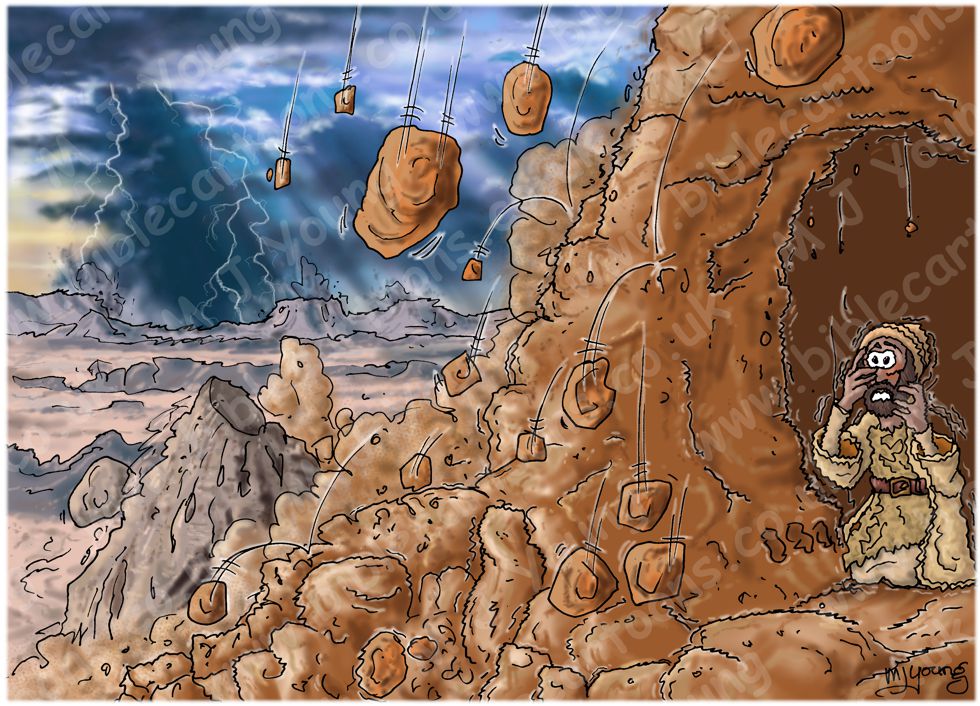 TIME OF DAY:
Unspecified in the Bible text. Morning.

LIGHTING NOTES:
The dark storm clouds make it difficult to see the sun’s position, which is left (unseen), casting weak shadows to the right.

CHARACTERS PRESENT:
Elijah the prophet, on his knees, being shaken by the powerful earthquake.

RESEARCH/ADDITIONAL NOTES:
Although similar to the previous scene, my intention in this picture was to show the trembling earth of the severe earthquake that is rocking the landscape… and Elijah! I really enjoyed drawing this scene from the same perspective as the previous one, but with all the wavy “movement lines” which show the quaking earth.

Although an earthquake doesn’t have any particular weather associated with it, I thought dark clouds and lightning would add to the drama of the scene.

I used similar colours for the rocks and tried to make the mouth of the cave look like the previous scenes “1 Kings 19 – Elijah flees to Horeb – Scene 05 – Into a cave” and “1 Kings 19 – The Lord appears to Elijah at Horeb – Scene 01 – Great wind”, which visually ties the 3 pictures together.

I deliberately wanted to show Elijah literally shaking, as the powerful earth tremors split rocks and throw dust up into the air. Notice the falling rocks, some of which are bouncing off the cave, and splitting apart.

Below is what the picture looks like without the Elijah figure. 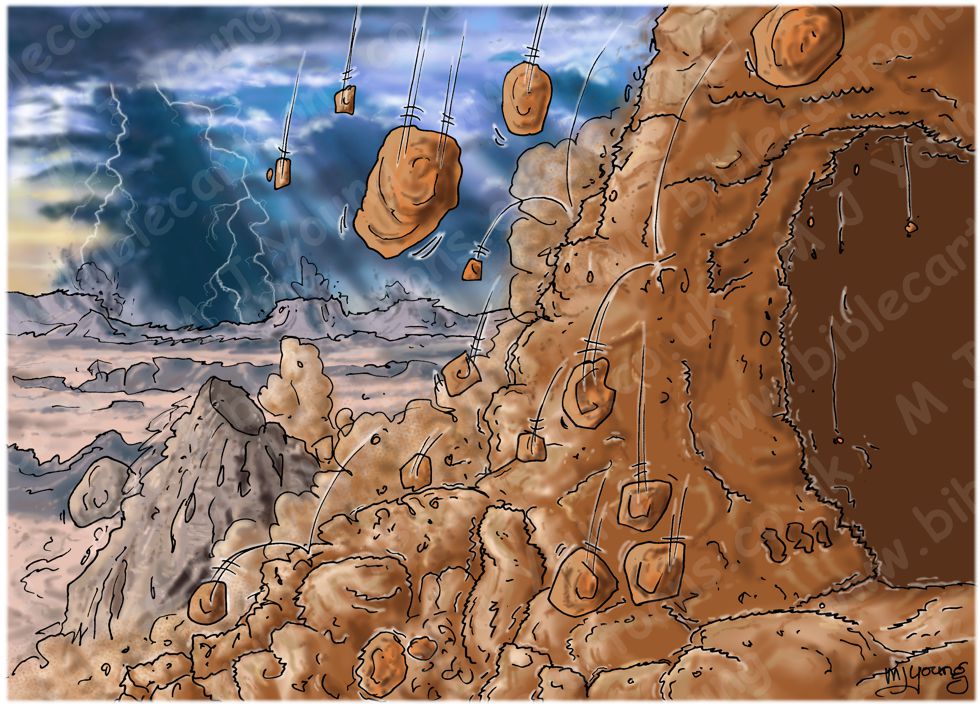 Below is a close-up of the storm in the background. 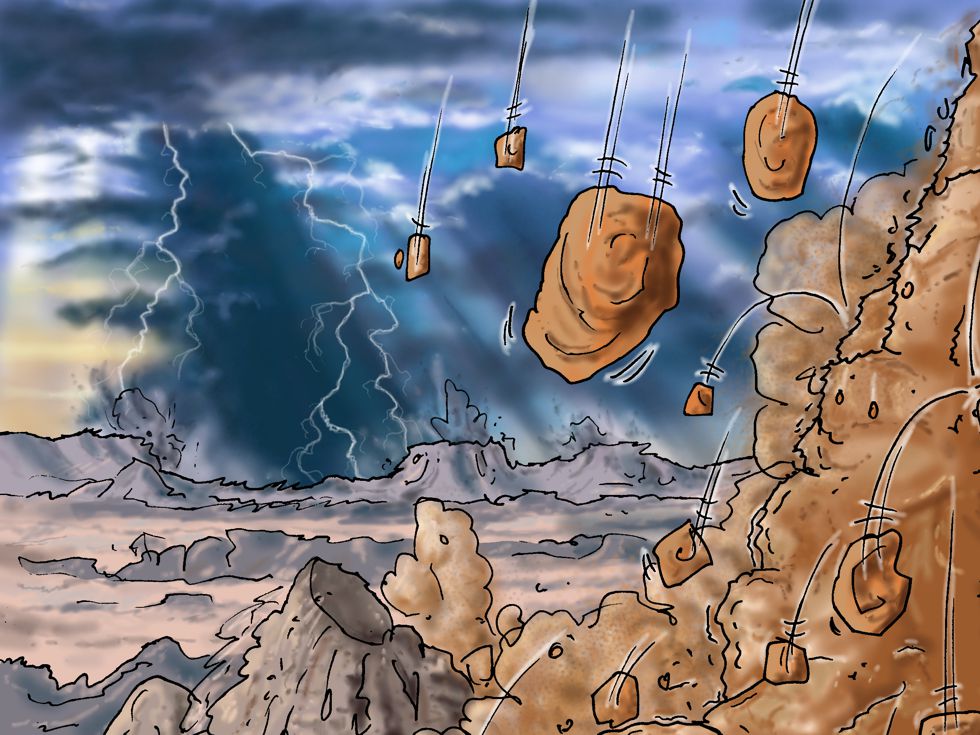 Below is close-up of the Elijah figure. 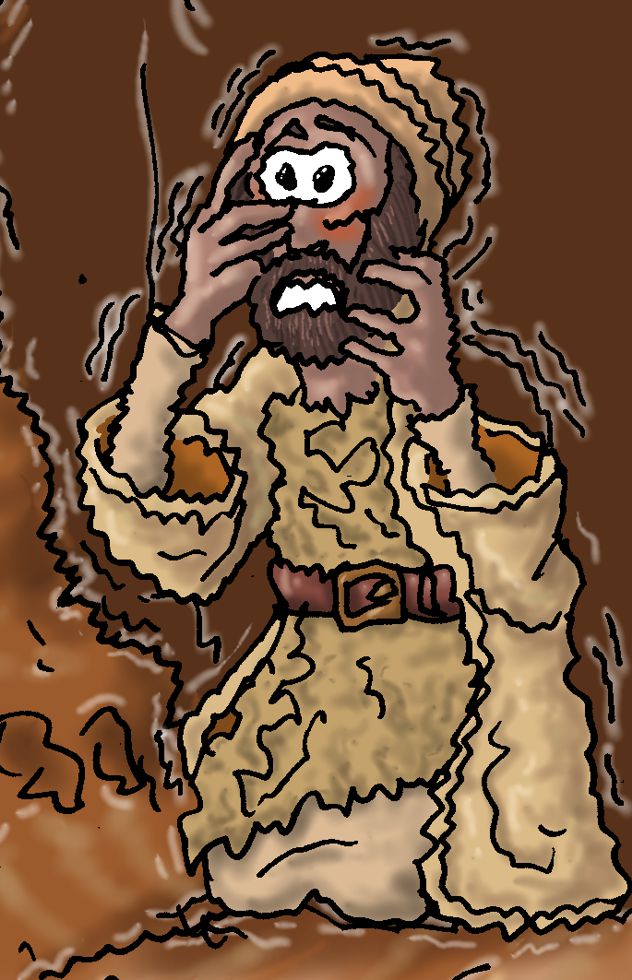