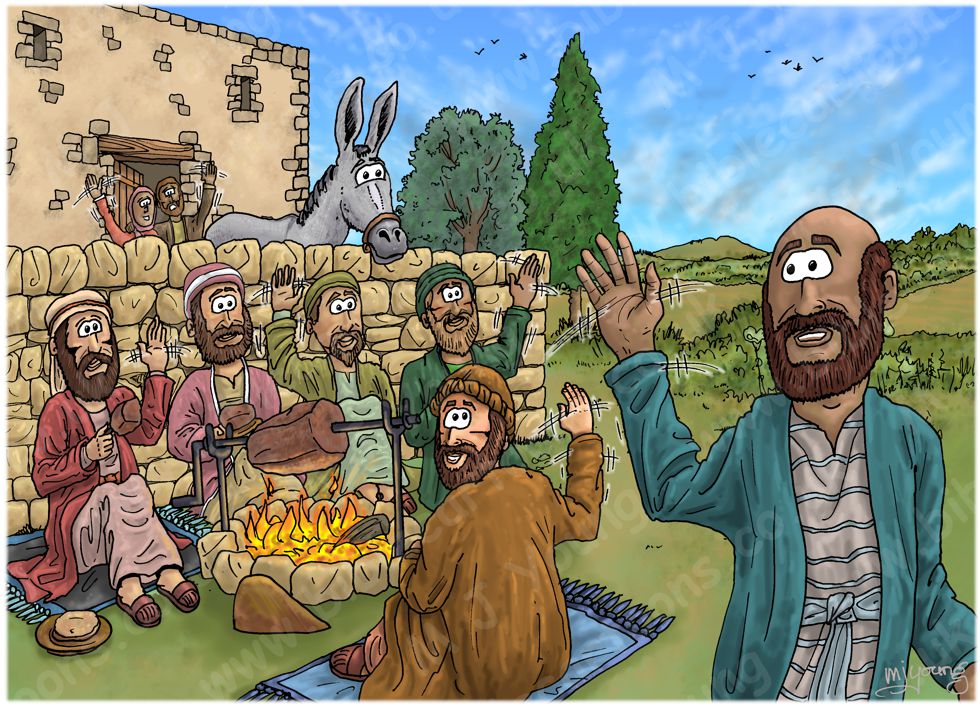 1 Kings 19:21 (ANIV)
So Elisha left him and went back. He took his yoke of oxen and slaughtered them. He burned the ploughing equipment to cook the meat and gave it to the people, and they ate. Then he set out to follow Elijah and became his attendant.

TIME OF DAY:
Not specified in Bible narrative. I have set this scene at noon…lunchtime!

CHARACTERS PRESENT:
Elisha is the man in green-blue outer robe, waving goodbye to his parents (the two figures by the door of the house in the background).
Five of the eleven other plough men are sitting round the fire.
Elisha’s family donkey is looking over the wall of the enclosure to the house.

RESEARCH/ADDITIONAL NOTES:
This scene shows Eisha waving goodbye as he hurries off to meet up with Elijah, & become his assistant/attendant.

Verse 21 above tells us that Elisha broke up the plough he was using & used the wood it was made of as fuel for the fire, on which he cooked the Oxen which had previously pulled the plough for him. Notice that the bronze blade of the plough is next to the ring of stones that contain the fire. No doubt that would have been a valuable item to keep & use again. Elisha has set up a metal spit, on which he has cooked some of the Ox meat. The plough men are eating that meat. 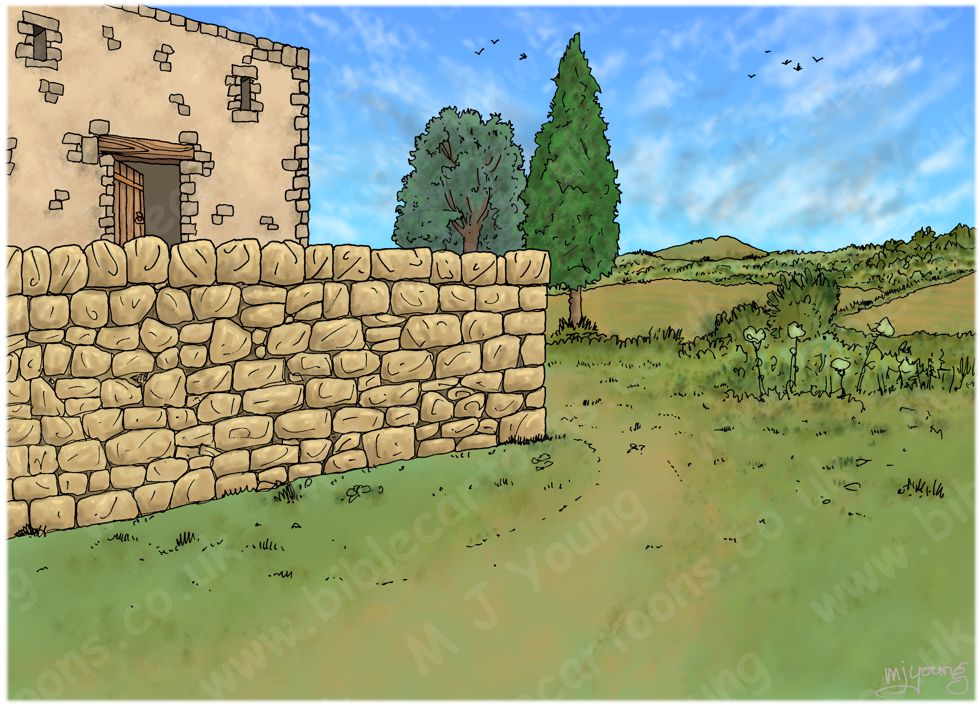 This is the rough sketch I drew to design this scene. 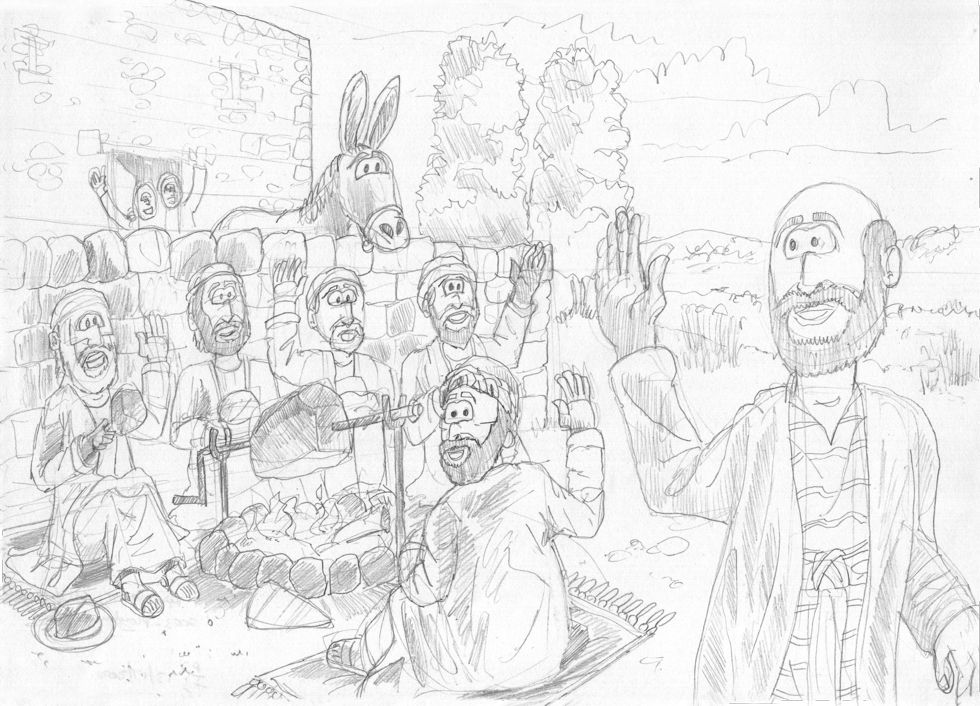