Earlier in the week I was looking at my records of Bible Cartoon sales over this year (2014) & comparing them to previous years. I realised that if I took the same growth in sales I had between 2012 & 2013, & then applied that increase to my 2014 sales figures so far, I would have a projection of possible sales up until the end of Dec 2014. So I did that calculation (using Excel) & came up with the figure.

Then I broke the figure down into sales I would need over the remaining weeks in 2014: a weekly sales target.
Then I worked out what sales I need per day to achieve the same target.

What is interesting – & amazing! – is that between 1st-7th October 2014 I actually made a little MORE than I was projecting for. We had been praying for sales… we always do that! But this is the FIRST TIME I have actually KNOWN how many sales we needed, in order to achieve the projected sales target. And the Lord God has sent customers to buy the Bible Cartoons in sufficient numbers to hit, & exceed that target. How amazing is that! Praise the Lord! It’s almost as if He was waiting for me to have a definite figure in mind, then He provided it!

Not only that, but the sales that pushed the figure over into the right place came at about 9:30pm on the 7th October… only 2.5 hrs before the end of the 1 week time period I was monitoring! Talk about “11th hour” timing! Still, the Lord provided the sales we needed & that is BRILLIANT as far as I am concerned. That really boosted my faith in God’s provision, which might well have been His purpose all along! 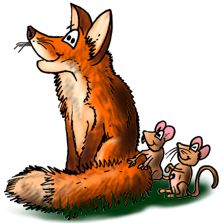