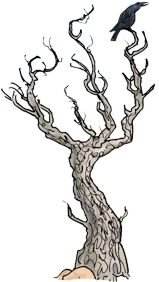 Guilt following the indulgence of temptation.
We know these activities aren’t any good for us, since they never ever lead to anything more than temporary pleasure or a mere moment of happiness. And in any case, being temptations, they are always followed by hours, days, or even months or years of guilt! And guilt doesn’t make us feel happy, or good about ourselves, so the “pay off” is actually pretty meagre!

Yet we are always tempted to try these same things again, at a later date, even knowing that although the temptation may make us feel something for a moment (indulgent pleasure) but that inevitable guilt & self-loathing are very likely to follow. Afterwards we think things like: “how could I be so weak?”, “Why aren’t I stronger (more heroic) & able to control my urges?”, etc.

Growing tired of the temptation
I found myself wondering what happens when we GROW TIRED of these temptations?

Put another way, what would happen if we looked, as objectively as we can, at these temptations, & rather than denying them, we recognise them, accept them, & sort of “look through” them? What are we ACTUALLY trying to “get to”, via these tempting events? What happens if we acknowledge the “pull” of each temptation; it’s particular appeal? What happens if we take our own pleasure SERIOUSLY? Much, MUCH more “seriously” than we do at present?

1) Quoting Blaise Pascal [1], Piper observes, ‘…Pascal was not making any moral judgement about this fact [that all men seek happiness, all human activity is to this end]. As far as he was concerned, seeking one’s own happiness was not a sin; it is a simple given in human nature. It is a law of the human heart, as gravity is a law of nature.’

3) It is not a bad thing to desire our own good. In fact the great problem of human beings is that they are far too easily pleased. They don’t seek pleasure with nearly the resolve and passion that they should. And so they settle for mud pies of happiness [a quote from C. S. Lewis] instead of infinite delight.’ … Our mistake lies not in the intensity of our desire for happiness, but in the weakness of it.’

These appear to be pretty radical observations I think. Immediately a hail of protests begins in our minds: “Life is far too serious to make it all about seeking our own happiness!”, “seeking happiness is selfish!”, etc.

Even the Christian back-stop thought of, “we’re meant to suffer (for Jesus), not seek our own happiness!” looms over our thinking here! As C. S. Lewis observes in the quote [2] this has to do with the Greek Stoics philosophy, rather than the Biblical Gospel view of our state & desires.

At first glance Piper’s thoughts seem to be alarming observations, I think! But if we pursue the idea to its logical conclusion, we will see what Piper (& others) are actually suggesting. If we ONLY HALF-HEARTEDLY pursue our own happiness as the major goal & purpose of our lives, then we will fall into the trap of meaningless, self-destructive temptations, as outlined at the beginning of this article. This is the stuff that C. S. Lewis was talking about, when he said that we fail to pursue our passions with enough diligence, resolve & determination. Our half-hearted, meandering pursuit of vague goals of happiness & pleasure lead us to indulge ourselves in temptations. The problem is not that our pursuit of our own happiness is “wrong”, or self-indulgent, it is actually that we DON’T pursue our own happiness with enough determination, passion, diligence & concentrated effort. The self-indulgent pleasure-temptations are a result of this vague, un-determined, weak, meandering effort! 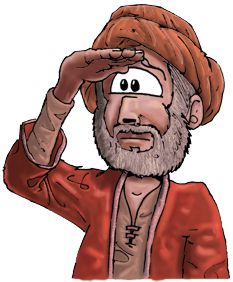 At first glance that seems to be the MOST self-indulgent, sinful, self-seeking purpose possible! But is it?

If we take our own happiness THAT seriously, then we may well look at the simple, trivial, self-destructive temptations that have ensnared us so effectively up until now, in a new light. When we begin to seek our own happiness with MORE (rather than less) power, focus & determination, we will “see” the alluring temptations as so much more trivial annoyances, & as stumbling blocks to our new pursuit of much more intense, meaningful happiness. I think we will actually begin to see these temptations for what they really are: time-wasters, time-consumers, blind alleys, meaningless activities, which actually prevent us from finding THE source of our own happiness. Once we see these temptations in THAT light, we may begin to choose to ignore these more trivial temptation distractions, in favour of the more intense pursuit, for the greater, more significant, more important & meaningful thing we are seeking: our own, ultimate source of happiness.

Swept away are all the “silly” little self-indulgent pleasures, the temptations mentioned, since we ALREADY KNOW that such things never actually deliver the kind of intense, life-affirming happiness we are now “seriously” pursuing.

When we reject the “silly” little temptations, & concentrate on the grand, ultimate pleasure & happiness-inducing things we can pursue, then we start to wonder what is THE greatest, MOST life-affirming, GRANDEST & BEST happiness-getting thing I can EVER have in my life?

At this point we may take a “look” at our hobbies, our interests, our careers, our possessions, our relationships, pretty much everything we possess, have, engage in, etc. So many of them may seem trivial, dead-ends, unfulfilling, meaningless, in light of what may make us UNUTTERABLY, AMAZINGLY HAPPY & CONTENT.
“Fast-forward” to the end of our lives & look back: what do we see? For many of us modern “westerners” we will see thousands of hours of computer game-playing, social media engagement, film & TV watching, in short a whole bunch of ENTERTAINMENT. But does this really make us ultimately happy & contented? Now I’m not against entertainment, after all, it’s fun, right?! I’m simply wondering HOW SIGNIFICANT is it, in an ultimate, end-of-our-lives review situation? Will we “look back” & wish we had done something else instead of watching all that TV &/or playing games, being on FaceBook, etc?
When we start to think about what we REALLY want out of life, & we start to realise that we actually AREN’T happy with the way we are, or do things, here & now, then we are one step away from MAKING POSITIVE CHANGES in our own lives: one step closer to making the all-important, life-affirming decision to pursue our own happiness in MUCH more rigorous, determined, concentrated ways.

Where will we find THE source of our own happiness?
Where do we “go to”, when we are fixed & determined to find the source of the greatest joy & happiness anyone can seek? Is ultimate happiness to be found in a computer game, a TV show of movie? Perhaps in the acquisition of more money? Or in staying young & beautiful (if you happen to start out like that!) or in some other external-of-our-own-bodies source? If we think about it for a second, we must conclude that most of us (in the Western world) have sought happiness where we have been told it lies: in material possessions. Countless adverts, marketing campaigns & such repeatedly tell us to buy things, & that they will make us happy – but they don’t, only at the split second of purchase; after that we own them, & possessing things doesn’t seem to make us happy, because we almost immediately plan to buy the next product or item! That’s an endless cycle, which is unfulfilling, if we’re honest with ourselves.

If we take our own happiness to its ULTIMATE, LOGICAL CONCLUSION, then (as Piper & others have discovered) that quest ultimately leads us to God; to Jesus the Christ. In the end, our greatest, MOST life-affirming, MOST intense, MOST meaningful, MOST sustainable happiness-inducing “thing” is a personal relationship with the living God who created us. That conclusion is INEVITABLE, but we can only come to that conclusion when we PURSUE OUR OWN HAPPINESS with the intense, logical, rational, objective concentrated conclusion of someone UTTERLY DEDICATED to finding that which makes us MOST & ETERNALLY happy.

There is a good article on the internet about hedonism entitled, “If it feels good, do it” here:

[1]
Blaise Pascal quote: “All men seek happiness. This is without exception. Whatever different means they employ, they all tend to this end. The cause of some going to war, and of others avoiding it, is the same desire in both, attended with different views. The will never takes the least step but to this object. This is the motive of every action of every man, even of those who hang themselves.”

[2]
C. S. Lewis (The Weight of Glory) quote: “If you asked twenty good men to-day what they thought the highest of the virtues, nineteen of them would reply, Unselfishness. But if you asked almost any of the great Christians of old he would have replied, Love- You see what has happened? A negative term has been substituted for a positive, and this is of more than philological importance.

The negative ideal of Unselfishness carries with it the suggestion not primarily of securing good things for others, but of going without them ourselves, as if our abstinence and not their happiness was the important point. I do not think this is the Christian virtue of love. The New Testament has lots to say about self-denial, but not about self-denial as an end in itself. We are told to deny ourselves and to take up our crosses in order that we may follow Jesus; and nearly every description of what we shall ultimately find if we do so contains an appeal to desire.

If there lurks in most modern minds the notion that to desire our own good and earnestly to hope for the enjoyment of it is a bad thing, I submit that this notion has crept in from Kant and the Stoics and is no part of the Christian faith. Indeed, if we consider the unblushing promises of reward and the staggering nature of the rewards promised in the Gospels, it would seem that our Lord finds our desires, not too strong, but too weak. We are half-hearted creatures, fooling about with drink and sex and ambition when infinite joy is offered us, like an ignorant child who wants to go on making mud pies in a slum because he cannot imagine what is meant by the offer of a holiday at the sea. We are far too easily pleased.”
[Quotes made bold by me to make a point!]