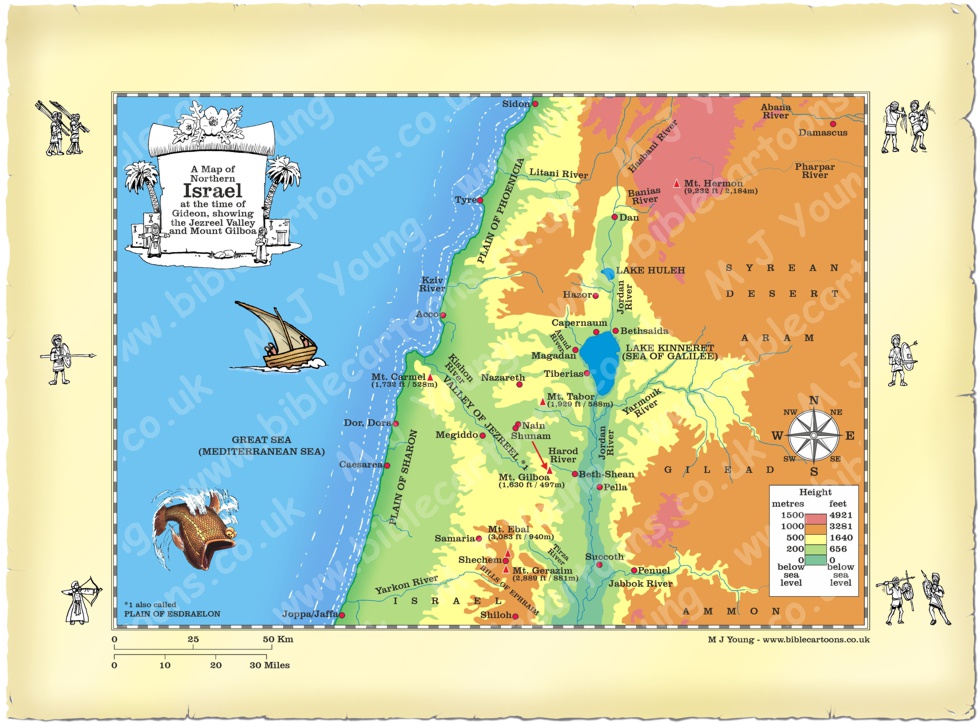 This is my map of Northern Israel showing the Jezreel Valley, with Mount Gilboa indicated by a long tail red arrow.

The “Valley of Jezreel” lies on the northern side of the city between the ridges of Gilboa and Moreh. This name was afterward extended to include the whole plain of Esdraelon (Joshua 17:16; Judges 6:33; Hosea 1:5).

Bible References
Judges 7:16-19 (NLT)
16 He divided the 300 men into three groups and gave each man a ram’s horn and a clay jar with a torch in it. 17 Then he said to them, “Keep your eyes on me. When I come to the edge of the camp, do just as I do. 18 As soon as I and those with me blow the rams’ horns, blow your horns, too, all around the entire camp, and shout, ‘For the Lord and for Gideon!’”
19 It was just after midnight, [1] after the changing of the guard, when Gideon and the 100 men with him reached the edge of the Midianite camp. Suddenly, they blew the rams’ horns and broke their clay jars.

[1]
Hebrew, at the beginning of the second watch.